The Bachelorette Episode 9 Recap: Gettin’ Frisky in the Fantasy Suites

Well, we’re down to the final three: Josh, Farmer Chris and Nick. And you know what the final three means: Fantasy Suites! But before Andi embarks on her dates with these three guys, she gives us a rundown of why they’re all so awesome (though I’m still not sure about Nick) and how torn she is between them all.

Andi has taken the guys to Punta Cana, Dominican Republic to show them some more romance and give them another shot to woo her—and maybe a bit more.

First date up is Nick (and we’re not-so-secretly hoping that he screws this up), and Andi wants to take it easy and relax with him instead of getting to the serious stuff right away—though it’s the serious stuff that they really should get out of the way. They started their date taking a helicopter tour of DR—and doing some kissing instead of sightseeing. The helicopter dropped them off on a secluded island so they could have a more intimate day at the beach. After some frolicking in the water and some more seaside smooching, Andi got down to business and asked about the breakup that was apparently more complicated than he led on. While he was slow to start on his breakup story, he told Andi that he learned from everything and he doesn’t become as withdrawn as he had in the past when dealing with a broken heart. Those three little words were welling up inside of him, but Nick, like, just like couldn’t like say them and missed yet another opportunity to tell Andi how he really felt. Sensing the awkwardness, Andi suggested some snorkeling. Later that night, Nick got another shot at romance. Having dinner just the two of them on the beach, the mood was set with candles and torches and Andi had to kind of dig once more to get Nick to open up and get the conversation flowing. Then Nick did something so un-Nick-like and read her a fairytale that he wrote for her about their relationship so far. If I didn’t hate him so much, I might’ve been swayed by it, but Andi ate it all up and loved every minute of it. After he finished his story—or rather stopped right before they got to the fantasy suite moment—Andi pulled out the key and asked what he thought. Naturally, Nick wanted to soak up as much of Andi as he could and said a hells yes to staying the night with Andi. But, first, FINALLY, Nick said it (but after he said a bunch of vague things like “I love what I know about you”): “I love you. You’re it for me. When you know, you know.” After that, there was a bit of tush grabbing and looooots of kissing (loud kissing, for that matter) and then the two finally… retired… to the fantasy suite.

The next day, Andi took Josh around Santo Domingo for their date (and surprisingly not showing signs of how tired I’m sure she is). A warm welcome hello with a bunch of kisses started the date off, but then the two started strolling around the town, stopping here and there—like to try a Dominican aphrodisiac and to dance in the middle of the street. Totally going with the flow and having a great time, Josh is basically the most adorable ever (EVER). Andi decided to surprise Josh with a bit of baseball with some of the local kids (also, Josh is kinda good with kids—just saying). After their ball game, Andi and Josh sat down with a coconut (I assume it had rum in it—mind would have, so ya know) and to chat about Josh’s hometown date. Josh was over the moon in love with Andi, basically worshipping everything about her—including her lips, which he couldn’t seem to part from. Later at dinner, Andi and Josh chatted non-stop about their families—the conversation seemed to flow really easily between the two, and they were even talking about the potential of having a family together. And then, Josh said it: “I love you.” Andi admitted she could be difficult at times, but Josh said that they’ve already dealt with issues and he still wants to be with her for the rest of his life. But then, things got a little tense and Andi said she had no idea how Josh felt up until now. He tried to reassure her saying that he’s happiest when he’s with her, she didn’t totally seem convinced (even though she said she was). When the fantasy suite key popped up, Josh tried to play it cool like he was just “thinking about it,” but in the end, Andi and Josh headed off to the fantasy suite (duh) to play house for a night and see if they’re compatible beyond the dinner table. Before heading to the fantasy suite, there was a lot more smooching in the pool while Josh gushed about Andi to the cameras and how badly he wants to be with her.

And last but definitely not least: Farmer Chris. But, Andi admits that even though she had a wonderful hometown date with Farmer Chris and his family, this is a make-or-break date and she’s not sure if she’s ready to spend the night with him just yet—but he has all day to change her mind. But, to keep Farmer Chris interested and to show her a thing or two about wrangling and whatever else farmers do, Andi took him horseback riding—but only after Chris helped a nervous Andi get onto her horse. After Farmer Chris calmed Andi (and her horse) down, the two sat down for a little picnic and to talk about Chris’ family and how much fun she had with them. But, as much as Chris told Andi over and over again how much he loves her, the sparks just didn’t seem to be flying. Sure, Andi and Chris were cute together, but their date seemed to be lacking that romance factor that came so natural with Nick and Josh—as sad as it is to say, it seemed like Andi had already friend zoned him (poor Chris). As the sun set, Andi and Chris met up again for dinner and Chris gushed a little bit more while Andi pretended to kinda sorta be in love with him a little more too. Finally, Andi started to open up about her true feelings and she was worried that the fun that they have isn’t necessarily real life (well, duh. You’re on The Bachelorette), but Chris tried to change her mind and say that if it’s meant to be and you’re with the person you love, then it wouldn’t matter. But finally Chris’ farmerness got to Andi and she wondered what the risk would be for her to move to Chris’ Iowa-based farm and leave her city life behind. Andi started to really second-guess everything with Chris, but he really, really did try to change her mind and plead his case for how their relationship has progressed. Alas, a tearful Andi admitted she couldn’t see herself in Iowa and didn’t seem much of a foundation with Chris. But it didn’t stop there. Andi also said she didn’t think it was fair to him to keep him waiting around for days for the rose ceremony when she sort of knew how she felt and wanted to be honest with him—she’s just not that into him. She also said she felt like an idiot for not being in love with him because of how sweet and smart he is, but in the end, Andi said goodbye to Farmer Chris and he probably cried until the cows came home. After a tearful and kind of heartbreaking goodbye, Chris (still shell-shocked from this blow that he did not see coming), went on his way.

After Andi recovered from her heart wrenching (on Farmer Chris’ end—poor guy) parting, Andi admitted to Chris Harrison that she could really see herself with either of the two guys remaining and that she made the right decision letting her Iowa boy go. But even though she’s sure about her feelings that are brewing for Nick and Josh, she did have some concerns that maybe Nick can’t just be goofy and relaxed and Josh can’t be serious and mature. Even though the rose ceremony is kind of a given at this point, the guys still need to meet Andi’s family, which based on what happened last season with Juan Pablo (I know—I swore I wouldn’t talk about him again), isn’t as easy as it seems. Chris greeted the remaining two, who seemed more nervous than ever to see Andi and what roses she had for them. Andi told the guys that she let Farmer Chris go because the feelings just weren’t there, but she wanted to do the rose ceremony anyway, because it’s up to them too whether they stay or go. And, obviously, both guys were very eager to accept their roses.

And with that, we’re down to the final two. Next week is one of the best episodes of every season: The Men Tell All! 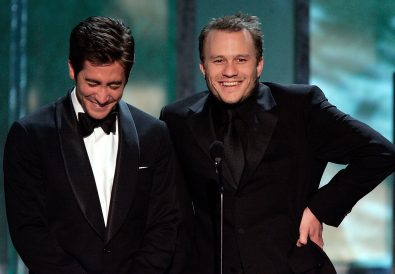 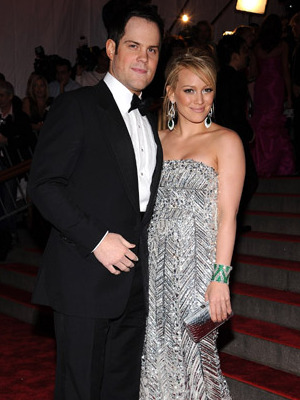