Gia Marie Carangi moved to New York City at the age of 17 and instantly took the fashion industry by storm. She redefined the standard of beauty and became one of the biggest models in fashion history. After she became addicted to heroin, Gia’s fashionable career rapidly declined. She later became infected with HIV and died in Philadelphia on November 18th 1986 of AIDS-related complications. She was 26 years old.

Her story, when told today, is often shared as a cautionary tale of the dangers of drugs, but there is so much more to Carangi than the tabloid headlines. Carangi and her dark features disrupted an industry that was dominated by tall, blonde models. By the time Carangi was 18, she was making over $100k annually, which made her the highest paid model at the time… the reason why many in the fashion industry consider her the world’s first supermodel.

Here’s a look back at 10 of the most memorable images of supermodel Gia Carangi.

The famous “Dead” photo of Gia 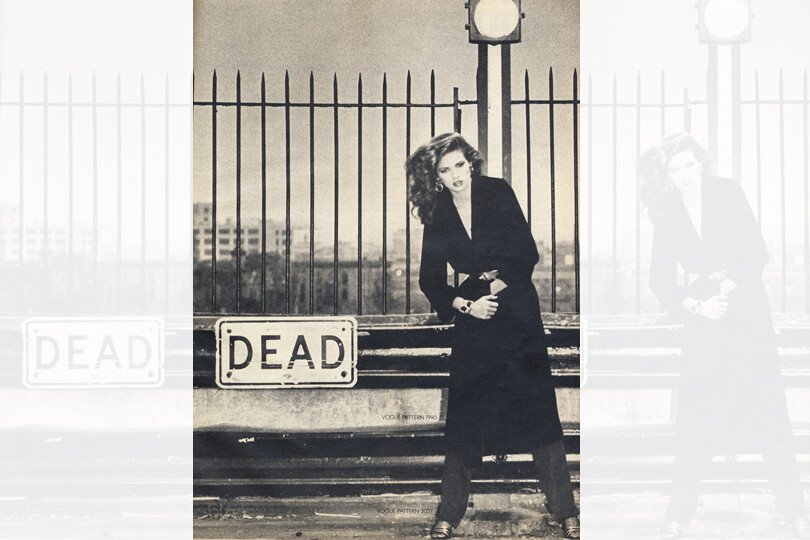 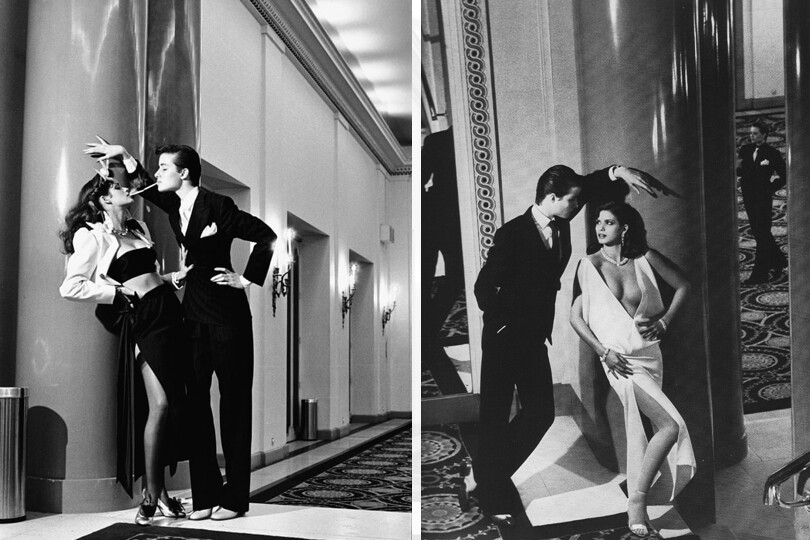 For the March 1979 issue of Paris Vogue Helmut Newton shot Gia for his photo layout “Woman Into Man” (or cross-dressing women). The infamous black and photos were taken by the legendary photographer at the George V Hotel in Paris. 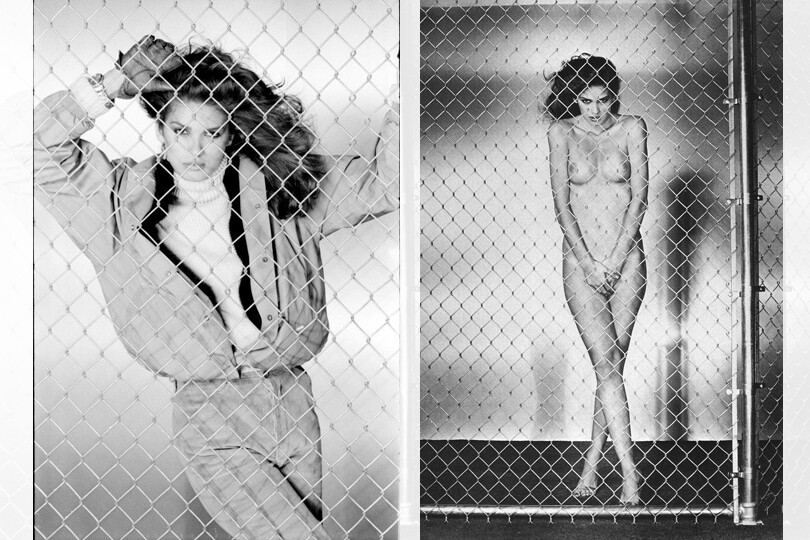 In October 1978 Gia had her first major fashion shoot with top photographer Chris von Wangenheim. One of the photos taken that day (above left) appeared in the January 1979 issue of American Vogue and that image marks the turn in the model’s career. After the photoshoot wrapped Chris asked Gia to pose nude behind a chain link fence solo (above right) and later with makeup assistant Sandy Linter, who Gia became infatuated with. The nude shot has since become legendary and was later reproduced in the 1998 HBO film Gia starring Angelina Jolie. 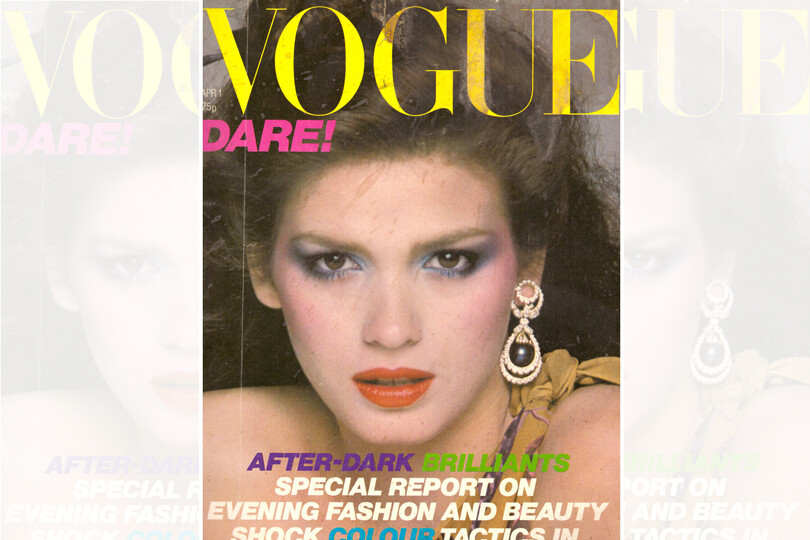 In 1979 Gia landed her first major cover… the April 1979 cover of the British edition of Vogue magazine. The UK cover was shot less than a year after the model made her editorial debut in American Vogue. 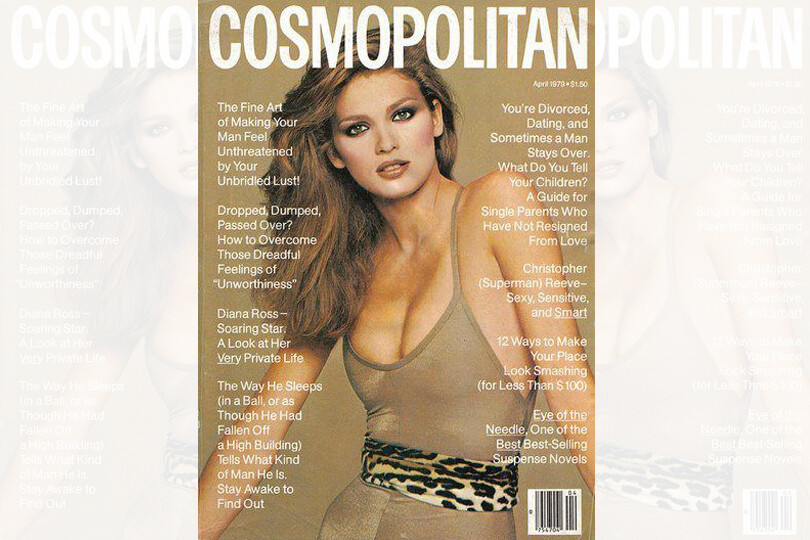 Gia’s first appearance on the cover of Cosmopolitan was the April 1979 cover that featured a shot of supermodel wearing a Lycra bodysuit. The cover was photographed by famed photographer Francesco Scavullo (1921 – 2004), who shot covers for Cosmo for more than 30 years. Scavullo considered Gia a muse and featured her on five different Cosmo covers between 1979 and 1982. 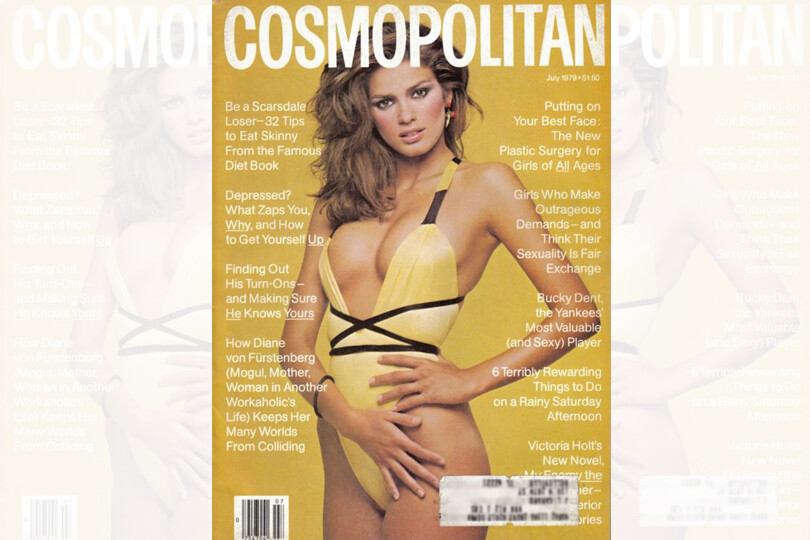 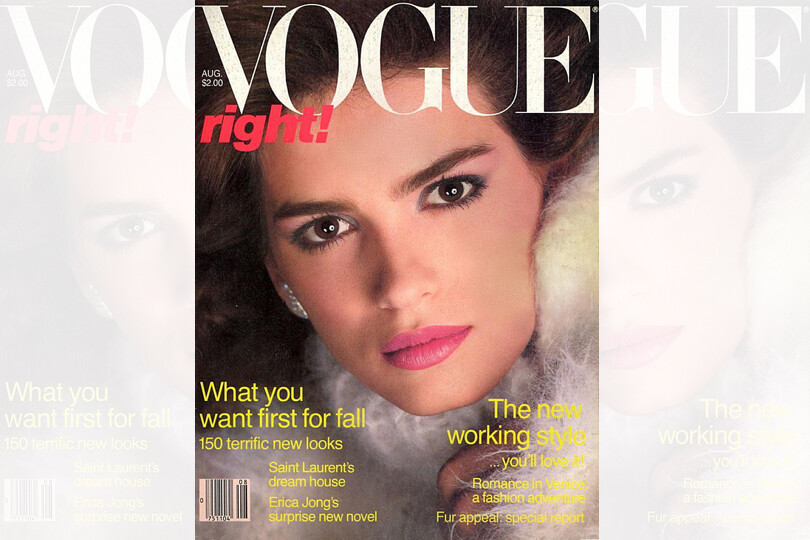 Gia’s one and only cover for the American edition of Vogue. Editor in chief Grace Mirabella personally selected Gia to appear on the August 1980 cover that was shot by famed fashion photographer Richard Avedon.

The Vogue photo with Gia sporting track marks in her arm 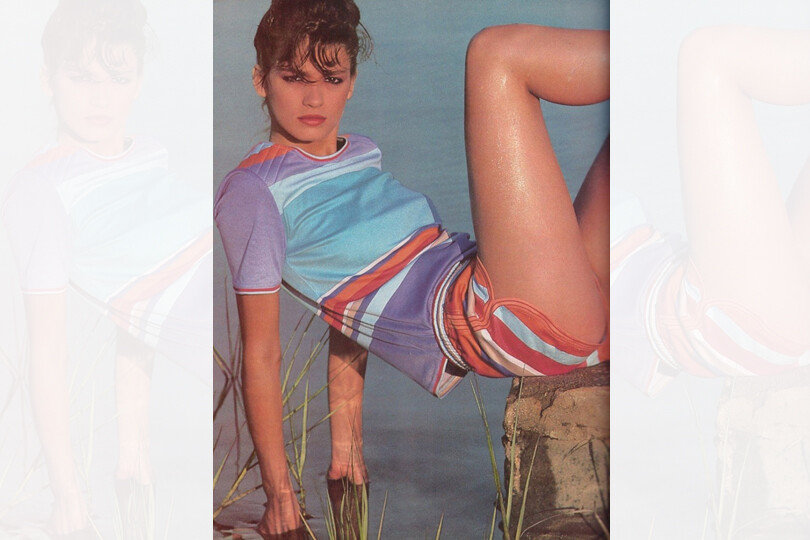 By 1981, Gia was using heroin and showing up to fashion shoots high. The November 1980 issue of Vogue magazine featured an image of Gia (shot by Scavullo) that stirred controversy after people claimed that Gia’s track marks were visible in the image. The fashion spread was titled: “The Start of Something Pretty”. 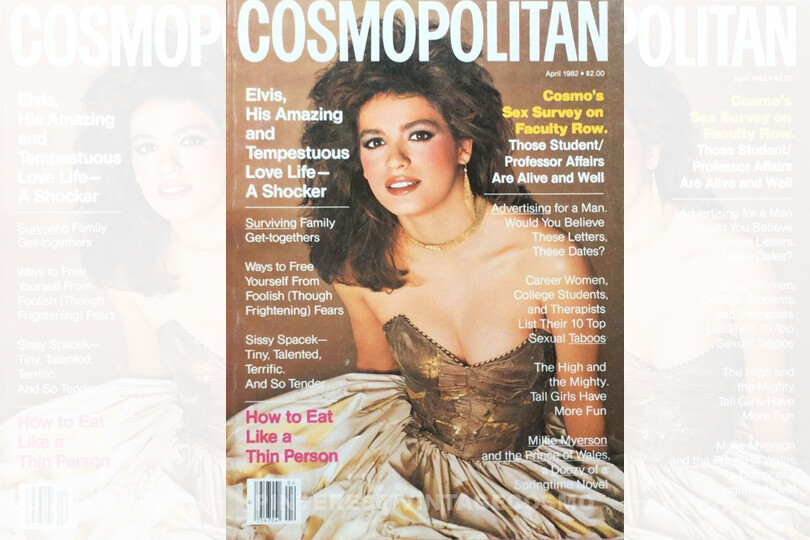 Gia’s last official appearance on the cover of Cosmopolitan was the April 1982 issue. The cover was a gift from Scavullo in an attempt to help her jumpstart her modelling comeback and it is still questioned by fashion lovers. Scavullo maintains that Gia had put on weight and he had her sit on her hands to make her look thinner… however it is widely believed that Gia’s arms were placed behind her to hide her track marks. 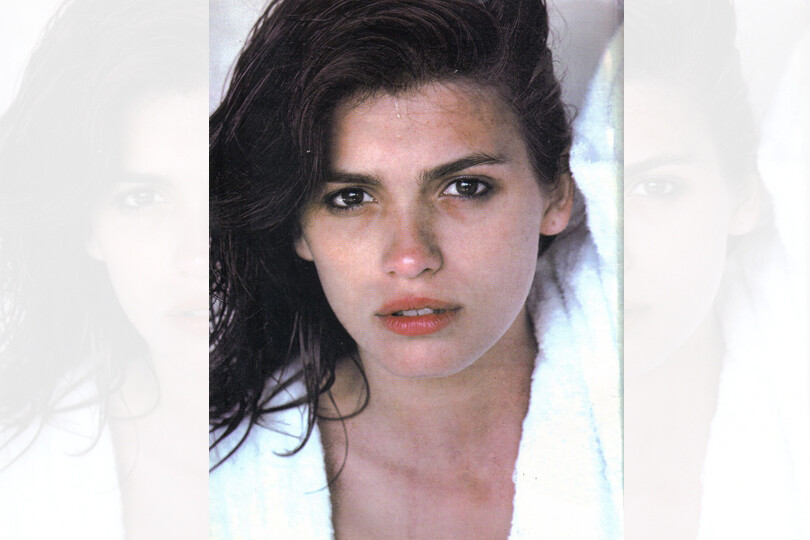 Scavullo Women (Year of original publishing – 1982) contains two full-page portraits of Gia accompanied by a candid Gia interview. One image features Gia looking glamorous while the other is a more natural shot. No shot of Gia is more captivating than the raw image of the model (featured above).

RELATED:
– A Look Back At Gia Carangi’s 5 Cosmopolitan Covers 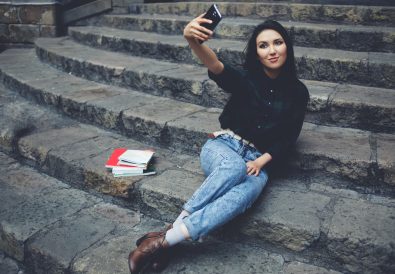