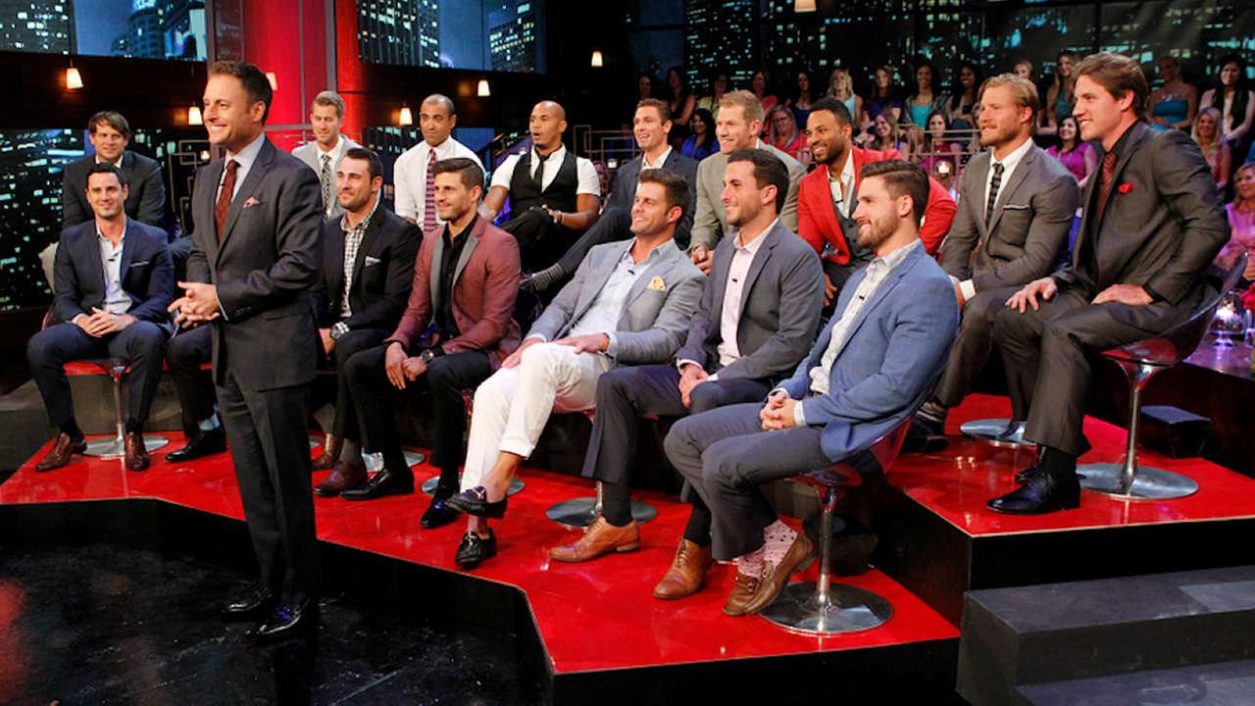 It’s always one of the highlights of every season–looking back at the season’s hopeful rejects and hearing what really went on. Between the drama of Ian and the…er… bromance between JJ and Clint, plus poor Cupcake Chris, Ben H. and Jared who were left heartbroken, we have lots to go through.

But, first thing’s first: Bachelor in Paradise. Along with Jade, Ashley S. and Ashley I. from Chris’ season, Claire is back with Joe, JJ and Jared bouncing back after their time with Kaitlyn, just to name a few.

But back to the real reason we’re all here: getting the goods from the season. After watching a recap of the last season, including Ian smashing the rest of the guys for making fart jokes, Tanner let him have it but told him he didn’t want an apology, he wanted Ian to give Kaitlyn an apology because his exit was disrespectful. Ian just continued to get weirder and in an attempt to defend himself, went and got down on his knees in front of the guys…to apologize to them…? It was bizarre, though a nice gesture…we think.

Attention turned to Clint and the question of his sexuality. He plainly said he was straight, but developed a strong friendship with JJ and nothing more. JJ started defending his relationship and was using air quotes like Joey from Friends, explaining that him and Clint were “intellectually curious about none another” but their friendship was nothing more than that. Kupah piped up about the giant elephant of the season, which was Nick. While most of the guys were miffed about Nick’s appearance, most of them admitted that the whole point was to find love, and if Nick was Kaitlyn’s chance to find it, how can she say no to that?

JJ was the first to get put in the hot seat, addressing his final altercation with Clint and his relationship with Kaitlyn and he admitted that he lost momentum with her. Corey (who left after a couple episodes) was oddly vocal considering how long he didn’t last. Next up was hunka hunka Ben Z. They went through his journey with Kaitlyn and he admitted that he thought everything was great with Kaitlyn until Ireland and he didn’t see his departure coming, but after the group date, he did feel closed off. Jared, the poor little spoltchy-bearded guy who originally came on the show as “Love Man” and Chris Harrison even praised him for finally shaving properly. After that was Ben H., another fan favourite, who was probably the most pragmatic of all the bachelors, but sadly got sent home after his overnight date with Kaitlyn.

Finally, the bachelorette herself made an appearance. She came out with her naturally sunny disposition greeting all of the guys, but her conversation took a serious turn when she started to talk about how her decisions prompted some S-E-R-I-O-U-S cyberbullying. Like death threats. Come on, peeps. While we joke about this show and maybe making some questionable decisions, no one, NO ONE, deserves to be slut-shamed or bullied for ANY REASON. Chris Harrison said it perfectly: “I will take you as a role model for my kids over anybody who would be a cyberbully and spew that kind of hate.” PREACH.

The guys got the chance to ask Kaitlyn some lingering questions, but Kaitlyn had good responses to each and every one, including bringing Nick on. When Jonathan asked, Kaitlyn’s peeeeerrrrfect response was, “Correct me, but didn’t you vote for Britt?” Yup. Shut down. Ian finally got his chance to talk to Kaitlyn and give her an apology note and once again got down on his knees to apologize… and then got a karma cramp which was too perfect given his departure.

After all the serious we got to see some of the fun blooper moments, including many terrifying encounters (which I completely get. ORNITHOPHOBIA IS A REAL THING YOU GUYSSSS!!!!) and that fun episode with Amy Schumer (PS: go see Trainwreck!) and that time a bug flew into Kaitlyn’s lip gloss (every woman’s nightmare and motivation for stick vs. gloss).

Even though the Men Tell All was a little anti-climactic, there’s still lots to see on next week’s season finale!