by Melissa Hayes
Style
No comments 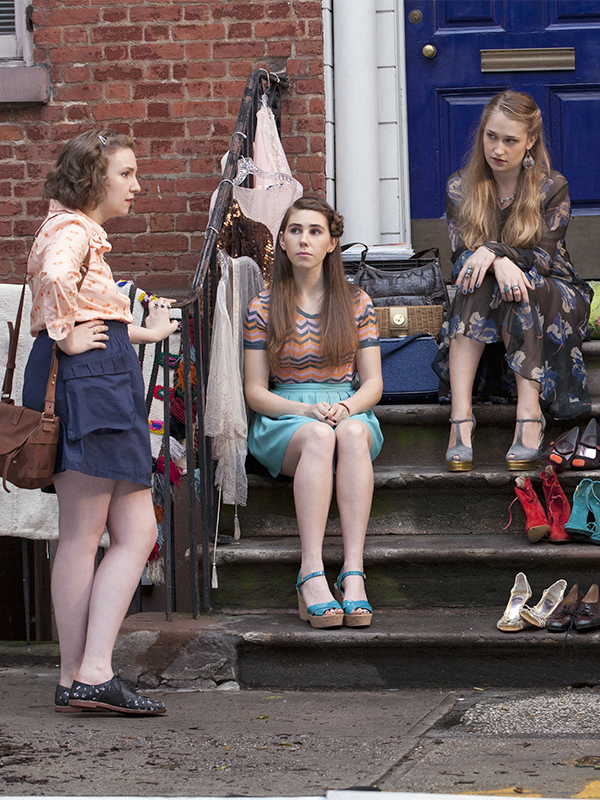 While the award-wining HBO series GIRLS follows the lives of four friends in NYC”an aspiring writer, an uptight idealist, a free spirited nomad and a regular Polly Anna”Sex and the City it is not. You won’t find the glossy, high fashion or glamour we all loved in SATC, and you will never, ever catch the would-be Carrie Bradshaw, Hannah Horvath, lusting over a $400+ pair of strappy Manolo Blahniks. The clothes, for the most part, are about as real, raw and awkward as the dialogue, which makes for some pretty interesting style choices. Here’s what we’ve learned so far from this fresh, new group of twenty-somethings as they try to figure it all out”including what to wear: 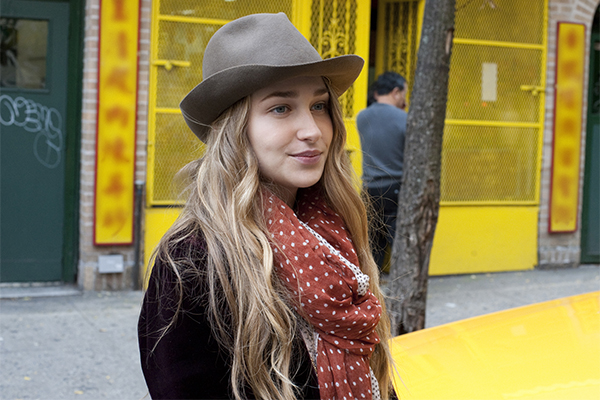 DO: Look so effortlessly hip you make people sick

When the worldly Jessa Johansson makes her onscreen style debut in an earth-toned hat and a soft, velvet blazer, it’s like she might as well have stepped right out of an Urban Outfitters catalog. In the words of a shocked Shoshanna, Jessa looks so hip I could puke. Some (okay, most) girls just can’t quite pull off that hipster-chic, boho thing, but Jessa’s got it right down to the appropriately weathered Louis Vuitton luggage. While her outfit screams fashion, it also looks like it’s effortlessly thrown together from a random pile of lucky vintage shop finds. 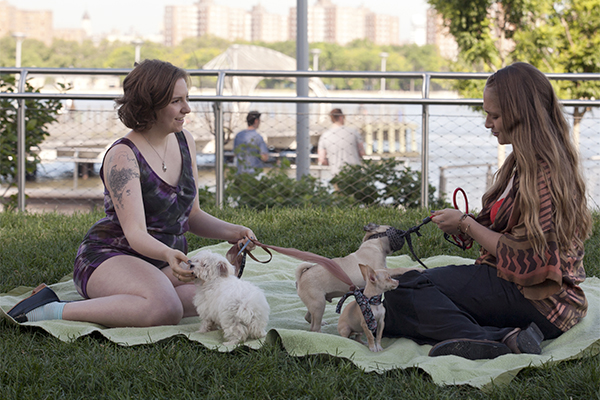 While Jessa has her own sense of style down, Hannah Horvath, the self-proclaimed voice of a generation, is all over the place. Case in point: more than once, instead of opting to pair a cute top with a figure-flattering pair of shorts, she goes for the ease of a two-in-one. The result? An ongoing love affair with what she calls shorteralls. While the romper, or onesie, CAN work, Hannah’s attempts are often a too small, overall unflattering, bra strap revealing, frumpy, diaper-like mess. Much like when it comes to her approach to life, when Hannah rifles through her closet, she seems to have the best of intentions, but is at a loss as to how and where to start. 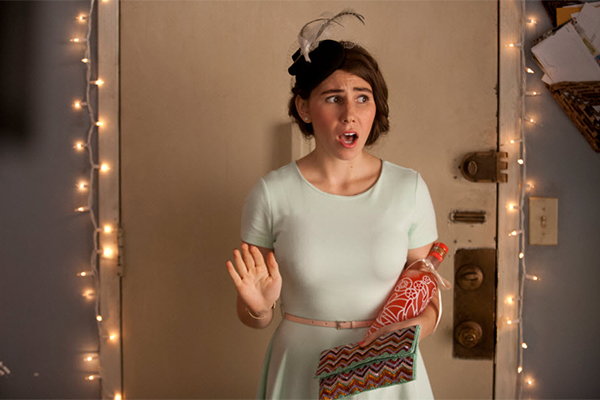 DO: Look amaze when you take that party by storm

Staying true to her preppy, girly roots (think Juicy Couture velour tracksuits, headbands and plenty of bows), the deflowered”but NOT devalued”Shoshanna Shapiro makes her entrance at Hannah’s dinner party with her own, perfectly coiffed, ladylike version of I am woman, hear me roar. Prim in pastel, the scorned Shosh channels an ice cream hued old Hollywood heroine”the perfect outfit for arguing about emojis. Here, what may look ridiculous on any of the other GIRLS, suits bright-eyed Shoshonna just fine, and you believe that that dress definitely belongs in her tween-inspired closet. 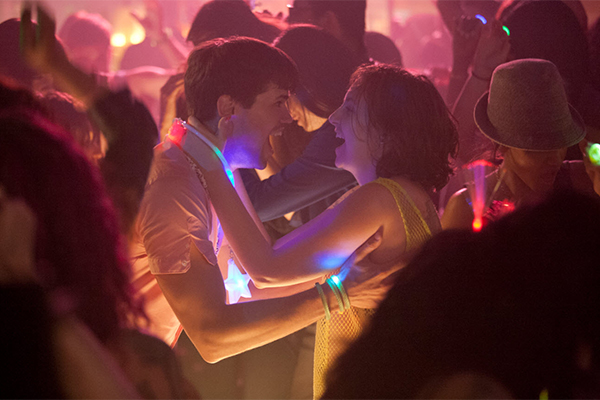 Even if it’s a Wednesday night, and you’re alive, and want to celebrate that fact in a place outside of your comfort zone . . . just don’t do it. While Hannah’s fashion fumble was a clearly misguided dance-floor trade for a sweaty stranger’s electric yellow mesh tank, and her original outfit (Elijah’s power-clashing combo of ill-fitting mismatched fruit print separates) weren’t too maj, that’s still no excuse to full-on show your ta-tas in public. Like, on the streets of New York PUBLIC. If you must with the mesh, keep it PG. Nudity is always a no. You want to turn heads, but not for THAT reason, right? Marnie’s, WHAT ARE YOU WEARING?! really says it all. 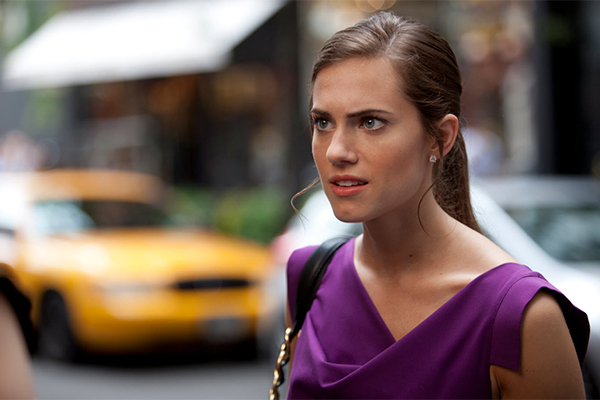 DO: Look hot when you get fired (or, downsized)

So, Marnie, not-a-strand-out-of-place Michaels, goes to lunch with her boss from her cool, grown-up art gallery job and gets casually fired. Like, as in her boss forgot to tell her over the lunch”which was arranged especially for the firing”kind of casual. Being thrown an unexpected blow like that is hard, and you’d probably want to be at least dressed for it, right? Think about it, no matter how disheveled you feel inside, at least you’ll still look kind of together. In true Marnie-form, the freshly jobless twenty-something looks sophisticated, meticulously groomed and maybe even a little over-dressed in an amazing, basic purple sheath, and takes that bad news like Rocky dressed in couture. 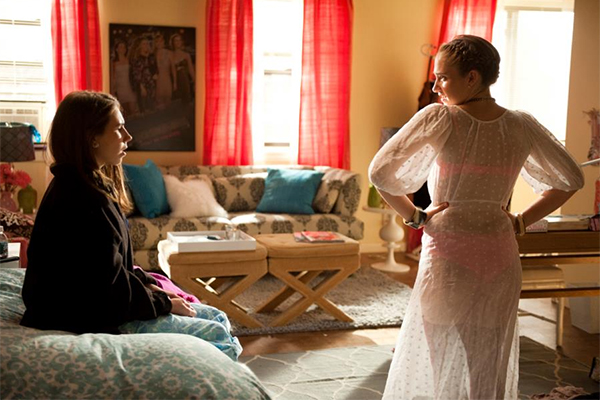 DON’T: Go for see-through when you’ll be around children

Free-spirited Jessa lands a nanny job, so obviously her first day outfit is a floor-length, billowy, COMPLETELY SHEER white dress that more or less exposes her neon pink bra and thong, and um, every body part (including her belly button, as Shosh points out). While Jessa may be gorgeous, and very current, basically flashing children is not cool. Even her half-hearted attempt at covering up via an oversized shawl, ever so casually falling off her shoulders, doesn’t save this R-rated disaster. Try a slip, or you know, not a dress that makes it look like you might as well not be wearing a dress. 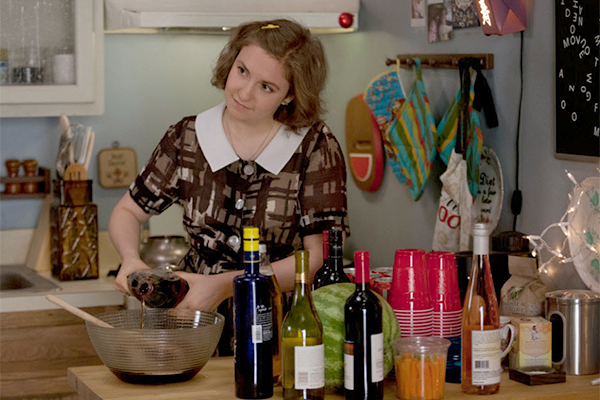 DO: make an impromptu mid-party change if you’re not feeling it

So you’re playing hostess at your own party, and look down at your dress and decide you don’t want to wear it because it makes you feel like a stupid, sailor nun. That’s okay, and it’s also totally okay to make a quick dash to your bedroom to swap it for something a little more flattering and less matronly, peter-pan collared and 90s wallpaper print-inspired. Hey, you want to be comfortable while you’re juggling all the drama between your gay roommate and his older boyfriend while your ex-roomie slash best friend has an awkward run-in with her ex and his new bitchy, pint-sized girlfriend. 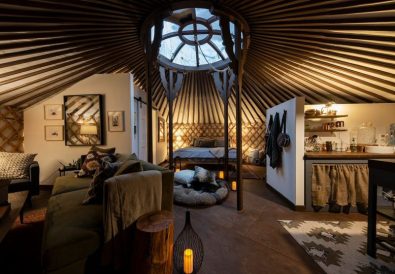 Do Glamping The Right Way With The New Woods Alverstone Parka 29 Things Every Girl Thinks When Shopping for Jeans 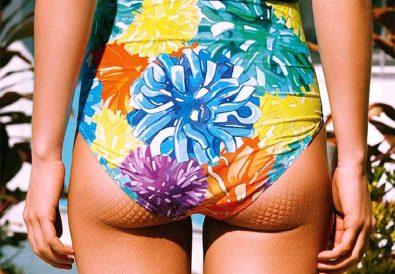 The Best Bikini for Your Bum