THE STORY OF: Madonna And MAC’s Legendary ‘Russian Red’ Lipstick 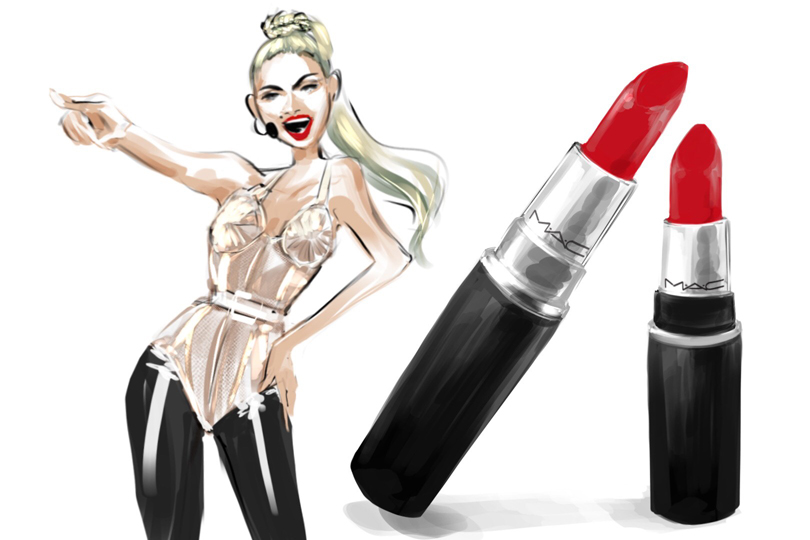 The first in an ongoing series of 29Secrets stories, taking a deep dive into the history of legendary beauty products and iconic fashion moments…

Make-up Art Cosmetics – or MAC, as it’s more commonly known – is a true Canadian success story. Founded in downtown Toronto in the early ’80s by makeup artist and photographer Frank Toskan and beauty salon owner Frank Angelo (dubbed “The Franks”), the brand has a following of countless loyal beauty addicts, and became a beacon for social justice, raising millions in the fight against HIV and AIDS.

“Many people don’t know that MAC was created in Canada, born right here in Toronto, and most of our products are still made here today, like our iconic lipsticks and our Studio Fix Foundation,” says Jane McKay, a Senior National Artist who has been with the brand for 30 years.

“The values that have been so integral to the brand are grounded in those Canadian roots. Canada is a country that is respected worldwide and we have incredible talent here, as is clear from our founders, Toskan and Angelo, who saw [a] hole in the beauty industry back in the ’80s and brought this now global brand to life,” McKay recently told me.

How did the brand become so big? Quality and innovation, of course…but the worldwide explosion of the makeup brand can be traced back to a few defining moments, people and, of course, products. One of those key products was an “intense matte red lipstick” shade known as Russian Red that was created specifically for an early MAC convert who was about to “Vogue” her way across the globe on her third worldwide concert tour. More on that later…but first, a little background.

In the beginning
It all started in 1969, when Angelo moved to Toronto from Montreal and opened a chain of unisex hair salons called the Hair Cutting Place. The following year he met Toskan, a sought-after makeup artist who had become frustrated with mass-market makeup products that faltered in commercial shoots. (Toskan had already been crafting his own hand-trimmed natural bristle brushes to use in his kit.) The two Canadians began working on a range of cosmetics for fashion models that would be able to hold up under the glare and heat of photography studio lights for fashion editorials.

The duo worked out of the kitchen in the back of one of Angelo’s hair salons to fulfill their professional makeup needs. Joined by Toskan’s future brother-in-law, chemist Vic Casale, they cooked up their first lipstick, which was inspired by a bold pink Crayola crayon named Flamingo. Toskan claims it was the first matte lipstick ever to look the same on the lips as it did in the tube. It was true. That original lipstick photographed beautifully, and soon the duo’s lipstick line expanded to include 23 other crayon-inspired shades, as well as a small range of pencils, bases and powders.

The homemade cosmetic line quickly blossomed in its early days. At first, Toskan and Angelo sold the carefully crafted products straight from Toskan’s salon to fellow makeup artists for their own kits, as well as models and photographers. But demand started to grow as the magazine credits racked up and word-of-mouth popularity grew.

Make-Up Art Cosmetics, from which came MAC, officially launched in March 1984 as an inclusive, cruelty-free and socially responsible makeup brand, with Toskan as creative director and Angelo as marketing director. The duo’s next major step happened soon after, when the first MAC makeup counter opened in Toronto’s downtown Hudson Bay department store.

Enter Madonna
In the years to follow, MAC grew quickly as makeup artists filled their kits with the brand’s vivid shades and spread the word to their clients. One client in particular became an instant fan: Madonna, who at the time was arguably the biggest pop star on the planet. Unsolicited celebrity endorsements were key to MAC’s initial success, and one of the earliest came from this pop icon, who started using MAC products and was even photographed wearing a T-shirt embossed with the brand’s name on it. Then, in 1990, she made a choice that would change the beauty industry and the evolution of the little Canadian brand that could.

At the time, Madonna was preparing to launch her now-legendary Blond Ambition World Tour, a theatrical stadium tour packed with chart-topping hits, high-energy choreography, and over-the-top costumes designed by Jean Paul Gaultier, including Madonna’s iconic conical bra. Bold red lips had made a beauty comeback in this decade, and Madonna contacted the two Franks, requesting a red lipstick that would last through an entire sweat-inducing performance. So Toskan and Angelo formulated an “intense matte red lipstick” shade for the superstar that would later be known as Russian Red.

When Madonna kicked off the tour in the spring of 1990, she burst onto the stage with a long, I Dream Of Jeannie-inspired ponytail (Madge later ditched the infamous ponytail for glossy blonde Marilyn Monroe-inspired pin curls), feral bold brows and a swipe of MAC’s then-unreleased Russian Red lipstick. She would go on to wear the deep red lipstick for every single one of the Blond Ambition Tour’s 57 sold-out performances in Asia, North America and Europe, in a tour that ran from April 13, 1990 through August 5, 1990. 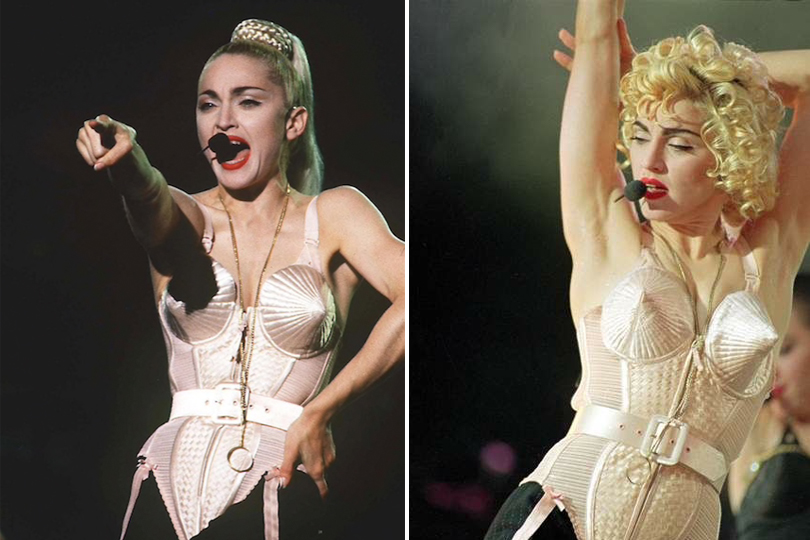 Needless to say, the theatrical tour was an instant success (upon completion, it was reported to have grossed a total of US $62.7 million, which would be $122.7 million in 2020 dollars) – and so was the lipstick. The shade made its way to MAC counters, and quickly became one of their signature products.

“The shade became Madonna’s favourite – and the rest is history!” says McKay.

Almost three decades later, Russian Red remains one of MAC’s most popular shades and is considered an iconic beauty product. Today, one MAC lipstick is sold every single second – Russian Red and the bright cherry red Ruby Woo lipstick are at the top of the list, capturing notoriety for their colour payoff and long-wear capabilities.

“MAC Russian Red is iconic, versatile and very adaptable,” McKay says. “The nice thing about a matte lipstick is that you can go bold with a lip liner, or you can go muted with your fingertip, or you can sheer it down completely, like a stain. Russian Red is great with all skin tones: fair, medium, dark. Universally it’s a great colour.” 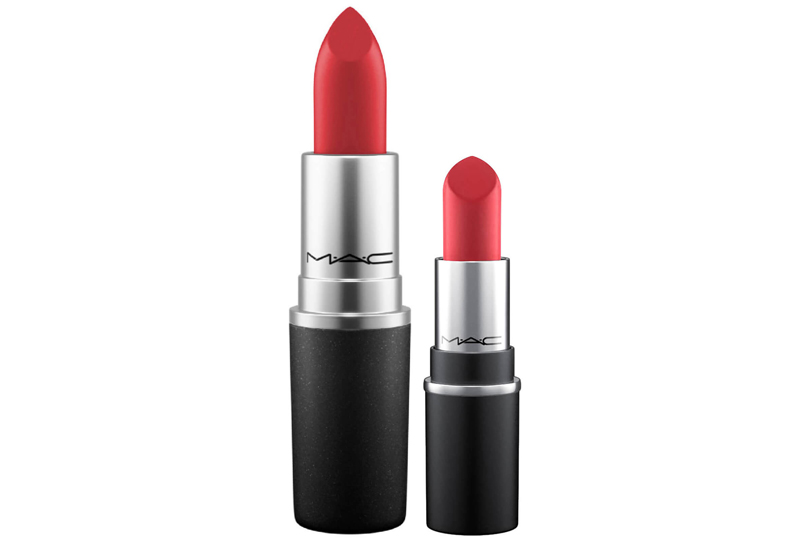 Lipstick fuels fight against AIDS
Of course, lipstick is the heart of the brand. Soon after Madonna helped ensure Russian Red would sell out at makeup counters around the globe, the brand started its fight against HIV and AIDS. In 1994, MAC launched the iconic Viva Glam Lipstick, and collaborated with RuPaul on a legendary campaign, giving 100 per cent of the lipstick’s proceeds to the MAC AIDS Fund – a charity founded by the brand. It’s now been 25 years since the product was launched at the height of the HIV epidemic, and “to date we’ve raised over $500 million to make a meaningful difference in the lives of people living with and affected by HIV/AIDS,” says McKay.

“Those values are core pillars of the brand – they are integral to everything we do,” she says. “MAC was the first cosmetics company to put those values before anything else. Think of it this way: happiness in a person is created when you give, and this has set the tone for us as an organization from the very beginning.”

And the company is always looking for new opportunities to help others. “This year, MAC Viva Glam evolved its long-term mission of serving the HIV/AIDS community to also support women, girls and the LGBTQ community,” says McKay.

Estée Lauder
In 1994, Toskan and Angelo sold 51 per cent of their business to Estée Lauder Inc., which began managing the business end while the two founders retained creative control. In January 1997, Angelo was in Coral Gables, Florida, planning the opening of a MAC boutique in Miami Beach when he was rushed to hospital. He died on January 12, 1997, of cardiac arrest after surgery. He was 49 years old. One year after losing his life partner and business partner, Toskan sold his remaining shares in MAC to Estée Lauder, which continues retailing the global brand today. 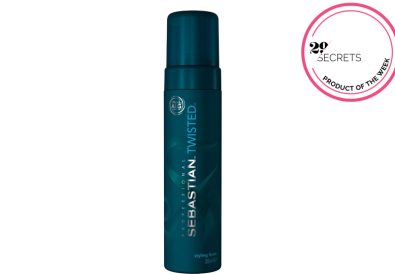 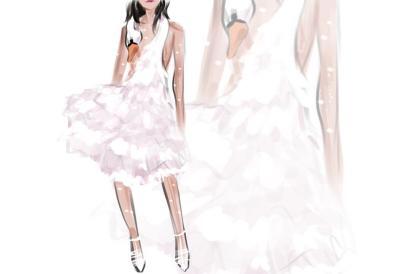 THE STORY OF: Björk’s Swan Dress