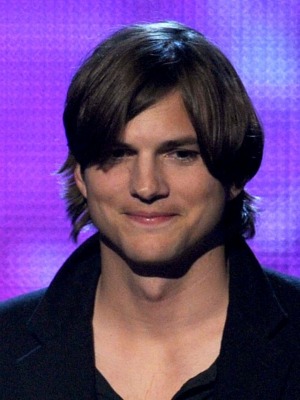 Charlie Sheen has seemingly run out of luck and now Two and a Half Men is finally moving on without him. The rumour mill has it that Ashton Kutcher is finalizing a deal to replace Charlie Sheen as the bad boy play boy on the hit sitcom. Kutcher himself gave a big hint via Twitter last night saying: “What’s the square root of 6.25?” The answer is, of course, 2.5 (ie, Two and a Half).

Originally Hugh Grant was approached by CBS to serve as Charlie’s replacement, but he turned them down. Kutcher seems to be the leading contender right now even though he hasn’t returned to a television since That 70’s Show, but given the exorbitant paycheque that he’s likely to receive, dollar signs are likely his motivation.

Naturally, I thought now that Charlie, the star of Two and a Half Men, has been fired, it would be the end of the television show that is apparently still the highest rated show on TV (really?!). But it seems to me like CBS is trying very hard to retaliate and prove to Charlie Sheen that they don’t need him to continue the show’s success. This could go one of two ways. The presence of a big star like Ashton Kutcher could create so much buzz for Two and a Half Men that CBS could pull through one more successful season and end the show on a high note. Or, the absense of Charlie Sheen (who is sort of the bread and butter for the show) is going to disappoint too many fans who will stop watching as a result.

However, according to reports, Chuck Lorre is ahead of the game. He’s crafted a storyline specially to introduce Ashton’s character which is said to have us all howling with laughter. Chuck Lorre is a mastermind of television sitcom, so who am I to question his decision? We’ll see how it all plays out when the new season of Two and a Half Men starts next fall.

Ashton Kutcher’s people and CBS have yet to confirm or deny this rumour, but sources have said that Ashton will be receiving a very nice paycheck.

Would you watch Two and a Half Men without Charlie Sheen?