We Need To Talk About The Strawberry Dress

by Bianca Guzzo
Style
No comments 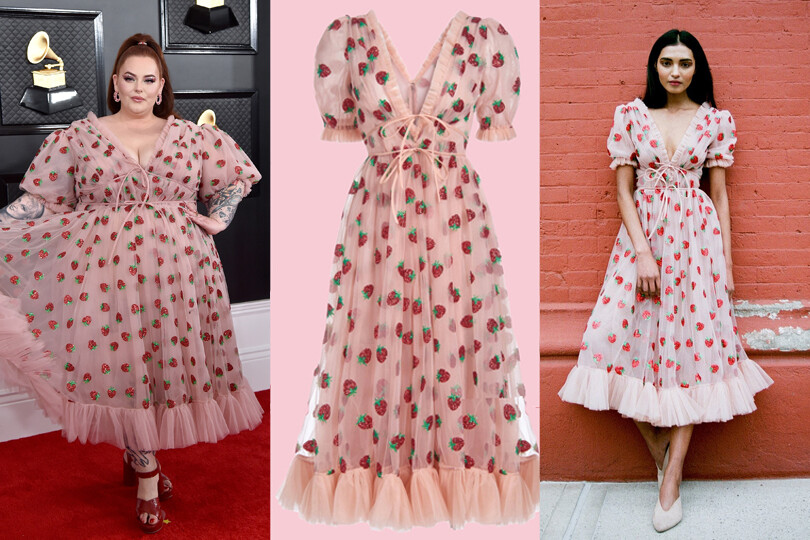 A fluffy pink dress covered in glittery strawberries has become everybody’s dream dress, and sparked a conversation about plus-size bodies being excluded from fashion trends…

If you’ve been on Instagram, or have frequented TikTok over the past six months, when I say strawberry dress, you know exactly what dress I’m talking about. Lirika Matoshi’s pink strawberry dress, which originally debuted sometime last summer, is all over social media, with our favourite influencers spending their hard-earned disposable incomes wearing it on their grids. The highly coveted midi-length dress is made of layers of fluffy baby pink tulle, adorned with glitter strawberries, perfectly puffy sleeves, and extra-dreamy ruffles at the hem. You can even purchase a matching face mask for an extra $65 if you want, because it’s 2020 after all, and of course you can.

Matoshi’s strawberry dress has been living rent free in my head since I saw Tess Holliday wearing it at the Grammy’s earlier this year, but it didn’t start gaining attention from the rest of the world until a few months ago. The strawberry dress which costs just under $642 CAD, has been taking the internet by storm since early April this year, with people all over the world posting about it on Twitter, and Instagram. I’ve even seen a few creators on TikTok and YouTube post “unboxing” videos of the dress that they’ve acquired thanks to crowdfunding from their followers (seriously, I’m not joking). 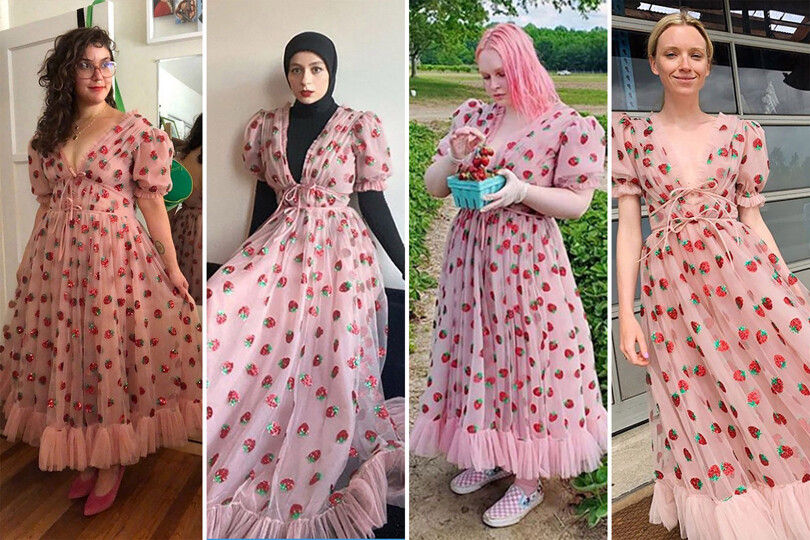 The hefty price tag makes the dress even more exclusive, which in turn makes it more desirable. People want to get their hands on this dress so bad, they’re trying their luck with knockoff dresses from websites like Amazon, AliExpress, and Wish. Though obviously nothing can compare to the quality, and magic that the original offers. The dress takes between four and six weeks to manufacture, which has caused fast-fashion retailers to jump on the fruit dress trend, thus creating this whole subculture of the cottagecore/camp intertwining into an explosion of glitter fruit, on vintage style dresses. People love this dress so much they’re drawing their favourite celebrities wearing it, with even a Twitter petition for Harry Styles to wear it on his next tour. The 24-year-old New York designer offers the pink strawberry fabric in a mini dress with sleeves. Additionally, due to popular demand, Matoshi recently released a version of the dress in black so that even those whose wardrobe tends to lean into a more gothic direction could get in on the fun of the romantic whimsy of the strawberry dress.

Matoshi’s dress goes up to a size 18/20, which is more than a lot of designers offer, plus sized fans of the dress have made their own versions of the dress using similar fabrics, and free patterns from vintage dresses they’ve found online. The first celebrity to have worn the dress on a red carpet was plus-size model Tess Holliday, who wore it on the red carpet of the 2020 Grammys. Tess looked like a dream in the dress, her auburn hair complimenting the pink tulle perfectly, she looked like a modernized Marie Antoinette, you know… before the revolution. Earlier this month, Holliday took to Twitter to share her disappointment that the dress she wore eight months ago and called the fashion industry out for being fatphobic (which I mean, was not a surprise). “I like how this dress had me on worst dressed lists when I wore it in January but now bc a bunch of skinny ppl wore it on TikTok everyone cares” she tweeted. 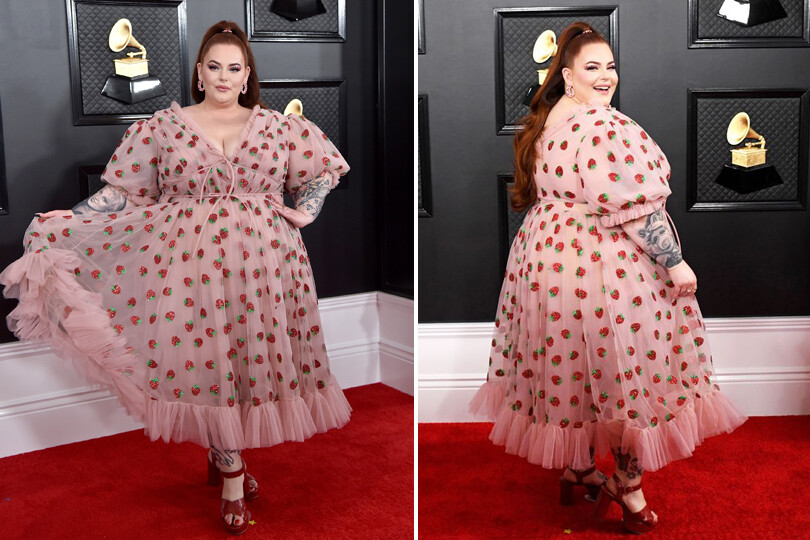 Yes, it is true that fashion trends do seem to cater more towards straight sized consumers. If you look at trends that are offered in plus size fashion, you’ll see that they unfortunately haven’t moved beyond the ruched waistbands, and A-line skirts that were introduced to be “flattering” additions to garments, aimed to hide “problem areas” decades ago. FYI, there is no such thing as a problem area, and you can wear whatever you want. As a plus-sized women who enjoys looking on-trend, I’ll admit that I do have to adapt current trends to work for me in a way that will make me feel happy, and confident, which I am happy to do. A lot of the time these trends won’t even be offered in my size, so I have to get crafty. If they are sold in my size range, it’s usually six months to a year after the trend was introduced. For example, a few years ago when satin slip dresses were very much a thing, Canadian plus size retailers weren’t selling them until almost a whole year after they became popular. I ended up just wearing a real slip dress as a regular dress because let’s be honest, clothes are clothes, and nobody could even tell.

It’s been debated whether the strawberry dress actually landed Tess on the “worst-dressed lists” she mentioned in her tweet (many people could not find evidence of her being on worst-dressed lists, and only on general fashion roundup lists of the night), but she is right in saying that nobody really cared for it until a bunch of straight-sized people started wearing it.

The dress is continuing to gain more attention, undoubtedly from the thousands of people posting about it online every day. Holliday’s comments do raise an argument that plus-size lovers of fashion have been raising for a while… Why are we excluded from trends? Why do we have to wait until a trend has nearly passed to be able to participate in it? Plus-size retailers are starting to improve at giving us trends while they are still somewhat relevant. It’s a step in the right direction, but there is still a long way to go before I can wear the same dress as my straight-sized friends.  I will continue to daydream about frolicking through a flowery field wearing Lirika Matoshi’s strawberry dress, and if any other designers are reading this, I am very interested in anything you can make with tiny fruit on it. Seriously, give me a blouse covered in lemons, I will wear it. 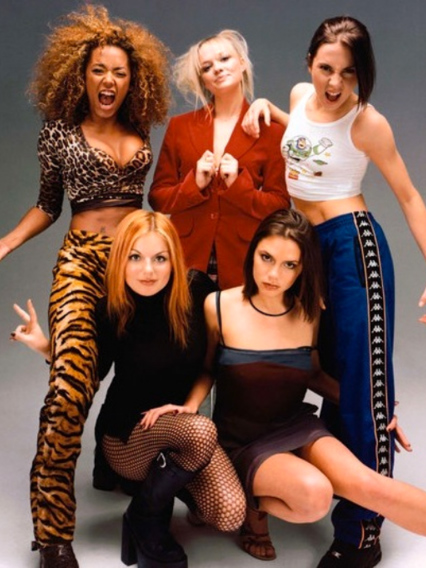 90s Fashion Trends We Wish We Could Forget 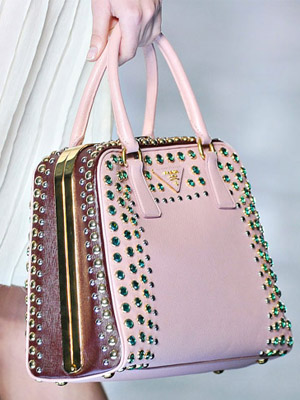 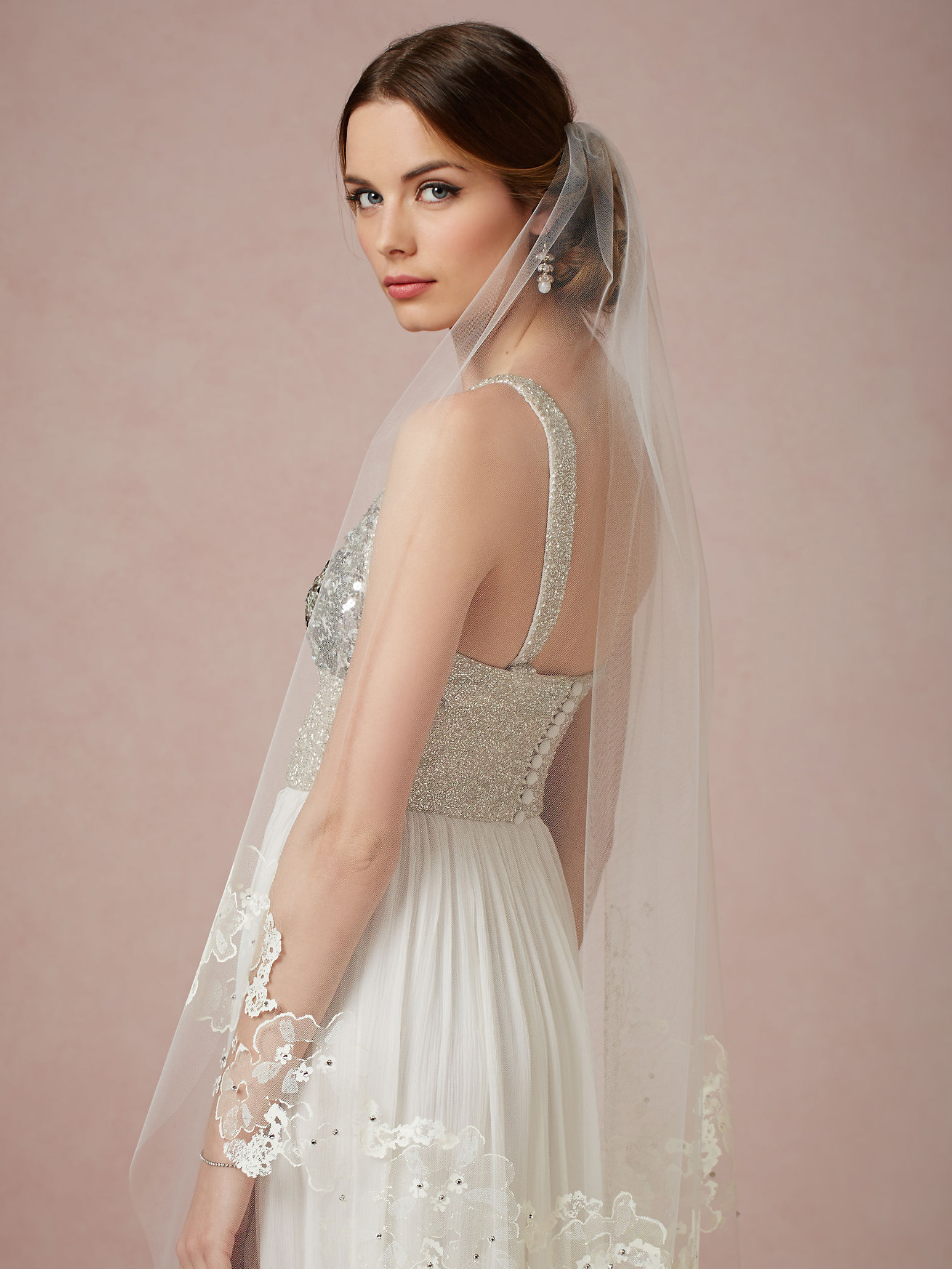