So somebody's taped you. Doing something. Say, smoking crack cocaine. Maybe having sex. Maybe having sex while smoking crack cocaine. (Intense, but hey — that's your call.) Maybe something worse, or maybe something hardly newsworthy. Regardless, the tape in question was for your eyes (and maybe one other person's) only, and now here it is, hanging out in public, without any permission from you. What do you do? What can you do? Well, you can learn from the leaked tapes of celebrities past.

All of us know that leaked tapes aren't a fleeting trend. In the 1970s, Richard Nixon's career was destroyed when his own audio tapes exposed him as conspiring manipulator, while the Royal Family was humiliated when phone calls between Princess Diana and her then-boyfriend were leaked in 1993. The later '90s saw the release of the infamous sex tape between Pamela Anderson and her then-husband Tommy Lee, then the 2000s ushered in an era where celebrity originated from a private sex tape going public. (See: Paris Hilton and Kim Kardashian.)

Private videos going public isn't a trend that's going to go away, and that's our technologically-inclined reality. We're living in an era where we're constantly record-keeping. Whether it's us keeping tabs or it's somebody else (not to get into conspiracies, obviously, but let's be honest: somebody out there knows how many times I watched a pirated version of Bridesmaids before it came out on DVD), we're not living under the radar. That's the trade-off for the technology we have (and our sense of entitlement that comes along with it), and a debate for another day, but if you're a public figure — like Rob Ford — you've got to keep that in mind whenever you do anything.

To be honest, why wouldn't the crew Rob Ford was with that night videotape him — the MAYOR OF TORONTO — (allegedly) smoking crack? Why wouldn't you want proof of something like that? Why wouldn't you want to capture something so incredibly f—-d? A lot of people smoke crack cocaine, but none of them are the leaders of one of North America's biggest cities (we assume). Point blank, we don't know the circumstances surrounding the Rob Ford and who taped what (or what we would've done), but we do know there's a long-ass narrative involved that we've only been privvy to about a quarter of. (And we know that this whole thing is a messy, horrible disaster.)

So what should Rob Ford have done? Should he have denied the tape "does not exist" the way he did for six months, or should he have stepped up like an actual adult human leader? Here's something to think about: women like Paris Hilton and Kim Kardashian, whose sex tapes were leaked and who were then labelled, shamed, and are still the butt of jokes years later, didn't have a chance to think about how to react. They were pushed right in.

In 2004, Paris Hilton went from relatively obscure L.A. heiress to full-blown tabloid fodder when a 2001 tape of her having sex with Rick Salomon brought her to new levels of celebrity. Then, in 2007, Kim Kardahian's sex tape with then-boyfriend Ray J was also released, catapulting her from a wealthy semi-known 27-year-old to the mega-force we know today. Both women are technically "famous" because of their sex tapes — but that's only because they took control of their situations and used the tapes as stepping-stones to the likes of reality shows and music careers. And what choice did they have? Unlike Rob Ford, they weren't engaging in anything illegal: they were having sex with a guy who turned out to be total slime. They weren't politicians, they weren't smoking crack cocaine, and they didn't lie. You may not like Hilton or Kardashian, but they at least had the courage to not only acknowledge the tapes (when most of us would want to tuck ourselves into a tiny space and live there for 43 years), but to move on. They were shamed, they were mocked, they were dragged through the mud, all within a few hours' notice — and all because they had sex on videotape; all because they chose to express themselves sexually. They weren't mayors of major cities, and they weren't on city council, and they weren't incompetent. They were women forced into the spotlight because they were being human, and total garbage people took advantage of them.

In this case, Rob Ford is the garbage person. Given six months to process news of the tape, he chose to sit on it. To deny it. To conspire and to lie and to cheat and to who knows what. He had the luxury of time, and a staff hired to take care of these things in a professional way. He could've checked into rehab. He could've earned our sympathy. But instead, he hoped it would all go away because that's what he, a white, straight, man in power like him believes he is entitled to. (And obviously not all men think this way — but Rob Ford has certainly made it clear how he feels about women, at least in regards to talking about their bodies on national television.) He wasn't a 20-something woman who was betrayed by a shitty boyfriend, he was a 40-something-year-old man completely aware of the situation he was getting into; completely aware that he ran the risk of being videotaped and photographed (especially since he had already been photographed doing everything from drinking at public events, to reading a newspaper in the car).

In the case of what to do when private videos go public, there's only one way to roll: acknowledge it boldly, then continue moving forward. What else can you do? Regardless of anyone's Hilton and Kardashian feelings, you have to admit they managed to build careers out of something that could've destroyed them. In the case of Kardashian, she's built an empire, and continues to thrive professionally and personally. In the case of Ford, he clung to denial then and still does now. Maybe it's time he acquaints himself with women we've dismissed to learn how to deal with this type of personal crisis. 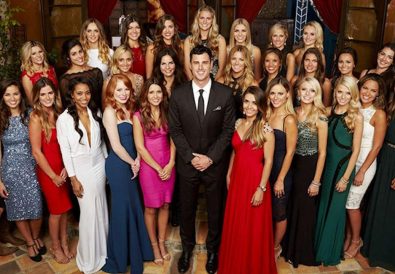 10 F*cked Up Things That Happened on The Bachelor: Season 20, Episode 1 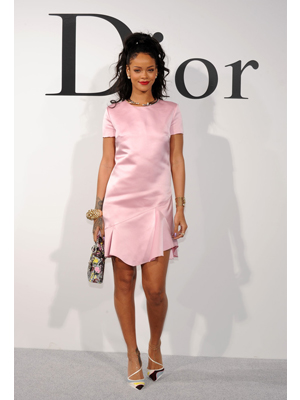 Rihanna is the First Black Spokesperson for Dior