Why WOULD Kim slow down now that she’s pregnant? (Exactly. She wont, and she never will, and the Kardashians will be with us f-o-r-e-v-e-r.)

Thus, we should not be surprised that while on a recent trip to Paris, Kim Kardashian tweeted that she was shooting with Nick Knight for her sixth fragrance, which will be called Pure Honey. And here’s why:

“This one to me represents pure femininity,” she said. “It’s really warm and inviting. I am super involved from start to finish — on bottle design to ad campaign. I had this really great honey idea, so we moved away from just florals.”

Valid. Which also explains why the bottle is in the shape of a bee.

Kardashian aficionados, you can pick up your own bottle of Honey in September for $55 – $68, and according to Coco Perez, they expect it to make $5 million in the first five months.

In a Relationship With: Text Boyfriend 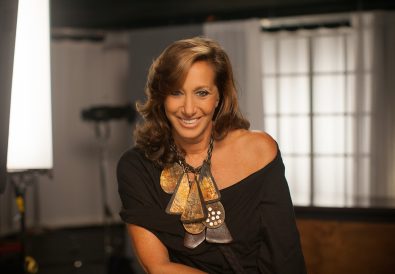 Donna Karan Steps Down as Head of her Company

Alexa Chung Teams Up With Eyeko