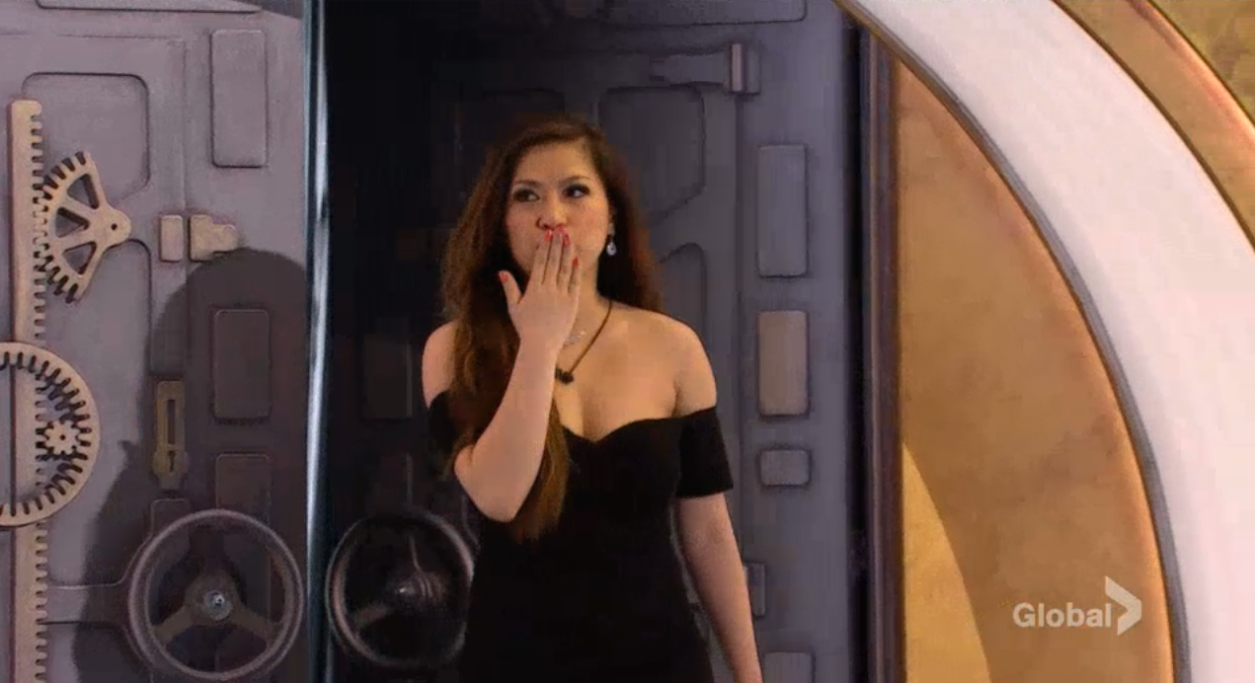 After the first major blindside of the season that sent Jordan to the jury house, it was time to name a new head of household. In this week’s student film festival themed challenge, the contestants had to look at pixilated images of past competitions and correctly guess which one was which. To everyone’s surprise, even hers, it was Pilar who brought home the win and became head of household for the week. 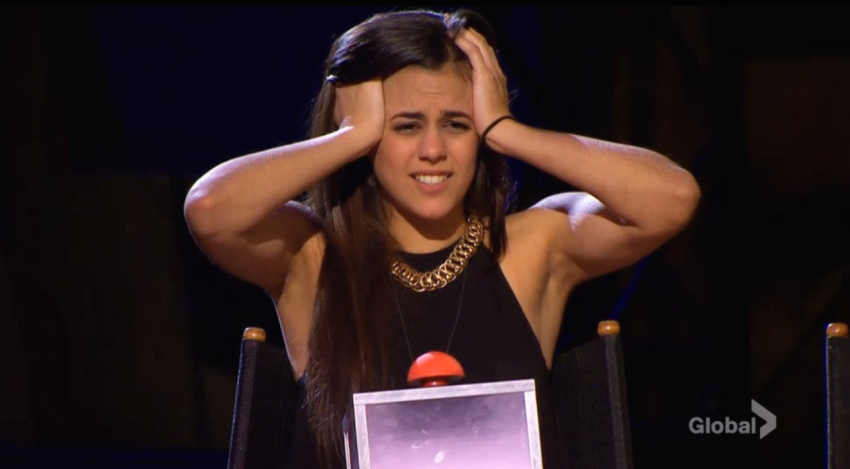 The celebration for Pilar was short lived as she quickly realized that this would mean she would have to actually start playing the game. Gone were the days of cuddling and giggling and unknowingly re-enacting kissing scenes from The Notebook with her showmance Kevin. One by one the houseguests approached Pilar and pleaded their case as to why they should stay. Knowing Pilar hadn’t given the game too much thought since entering the Big Brother Canada house, each contestant had a strategy of how to get through to her. For Sindy it was relating her game back to a romance level, attempting to act weakened by the loss of her Big Brother boyfriend Jordan. For Godfrey, it was a long intimidating lecture like when your dad tells you he’s not mad, he’s just disappointed. But no one could get through to Pilar like her showmance Kevin who knew exactly how to spell things out for her, first using the water filter from the pool as a metaphor for her game, and later drawing it out with candy as a means to break it all down for her, or at least null her into a sugar coma for the week. 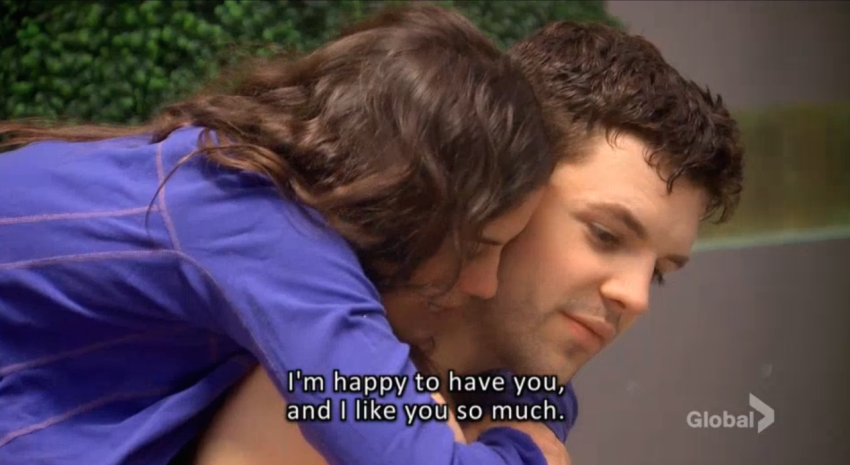 Under the control of the newly formed Diaper alliance, which includes Kevin, Zach, and Ashleigh A.K.A. the youngest houseguests and the houseguests that are all making out with each other, Pilar decided to nominate Sindy and Godfrey. After the ceremony the diaper kids rallied around Pilar after Sindy told her that she was disappointed. While Pilar cried in the bathroom, Sindy had to pee and Bobby took that as his opportunity to call out Sindy for being so mean to someone so nice and then ran away. This means the bathroom is still going strong as the most fire room in the house for Big Brother drama. 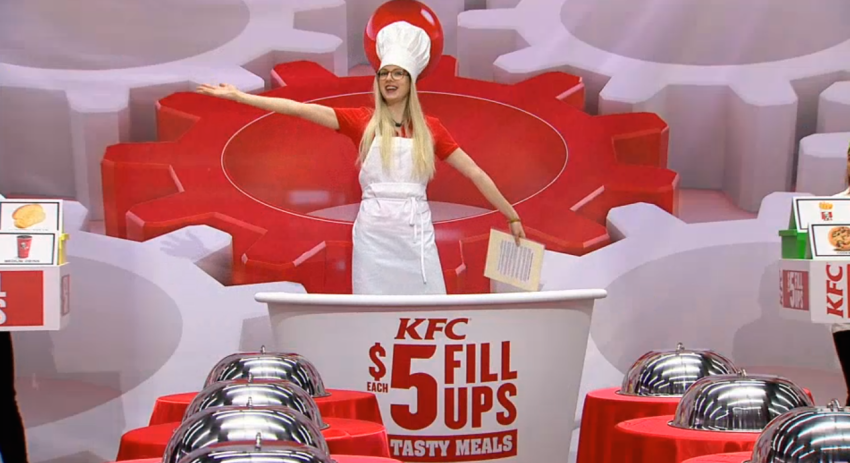 In a very discretely sponsored and completely low-key power of veto challenge, the houseguests played a game of concentration to match pairs of $5 fill up items that you can just so happen to buy at KFC. Despite taking a strong lead in the competition, matching up her 2 piece and her biscuits, Sindy fell upon some bad luck and pulled an elimination card. This left room for Godfrey to take the lead, as he pulled ahead to match up the purple medium drink he needed to win the power of veto. During a KFC feast, Willow opened the mystery card she received during the competition and revealed that she would be forced to dress as a ketchup bottle for 24 hours, and by forced I mean she loved every waking second of it. 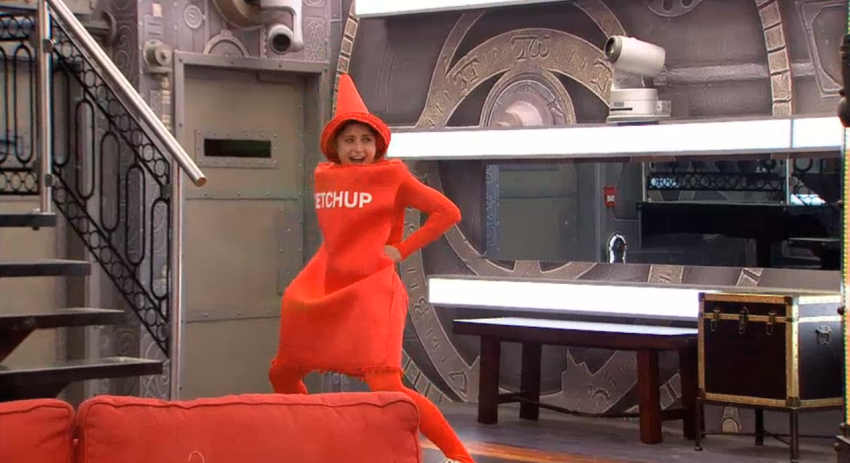 In the veto ceremony, Godfrey and Sindy competed for the best speech award. Knowing that Godfrey would use the veto to save himself, Sindy urged the house to target Bobby instead of her and called him out for lying about having a secret power of veto. Godfrey, the reigning king of speeches, made it clear that he was gunning for the showmances in the house, telling them this ain’t no lovers paradise “ preach Godfrey. In the end, Pilar only answers to one God, and that’s Kevin, and she opted to put Brittnee up on the block as a pawn. Neither Sindy or Brittnee were one to go down without a fight, but Sindy truly played every card she had. Using her plan to target Bobby as ammunition to stay, she worked hard to sway votes in her favor, but just couldn’t flip the house and was voted out in an 8-0 vote. Without giving any goodbye hugs, she made her way up the stairs and turned around to blow a single kiss saying Bye, House and walked out the door. 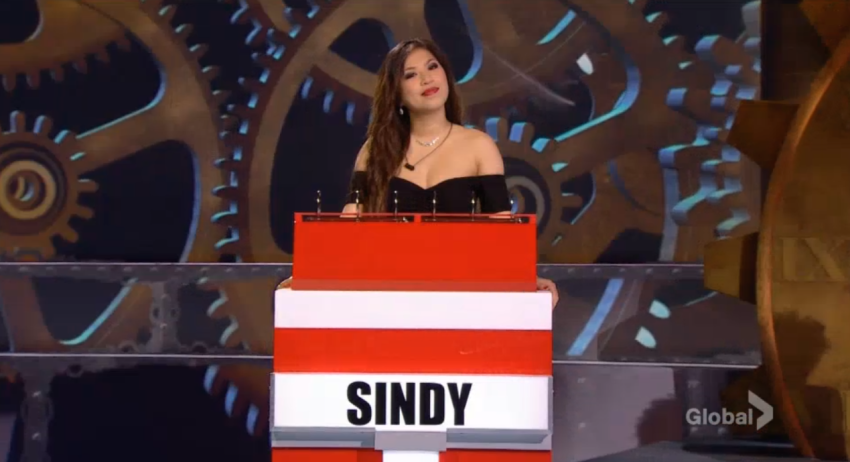 Before Sindy with an ˜S’ was sent off to the jury house to go live with her betrayed boyfriend Jordan, Big Brother gave Sindy one last bit of influence on the game. This week’s HOH challenge was all about Sindy. The houseguests had to answer questions based on how they thought Sindy would answer the same questions, and if there were a tie, Sindy would be the tiebreaker. In a running theme this season, the competition left us with a cliffhanger, but it’s sure to be a fun one. For those who are too eager to wait until Sunday, you can peep the live feeds at bigbrothercanada.globaltv.com/live or just to watch them sleep, I don’t care what you do with your time. 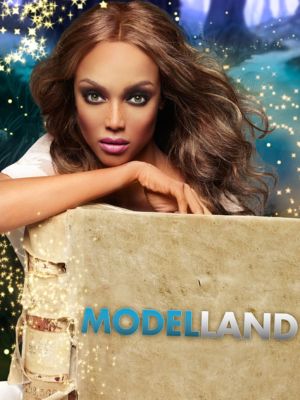 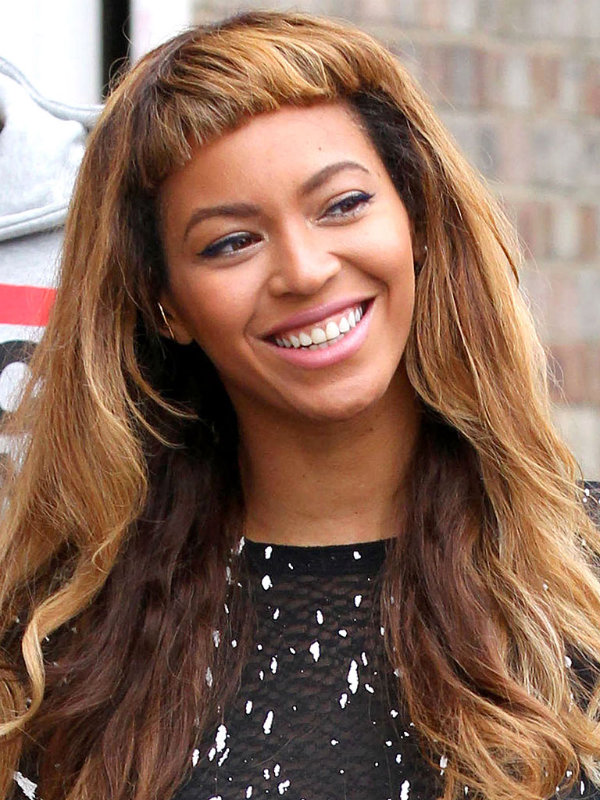 Beyonce Blesses the World with a Topshop Athleticwear Line