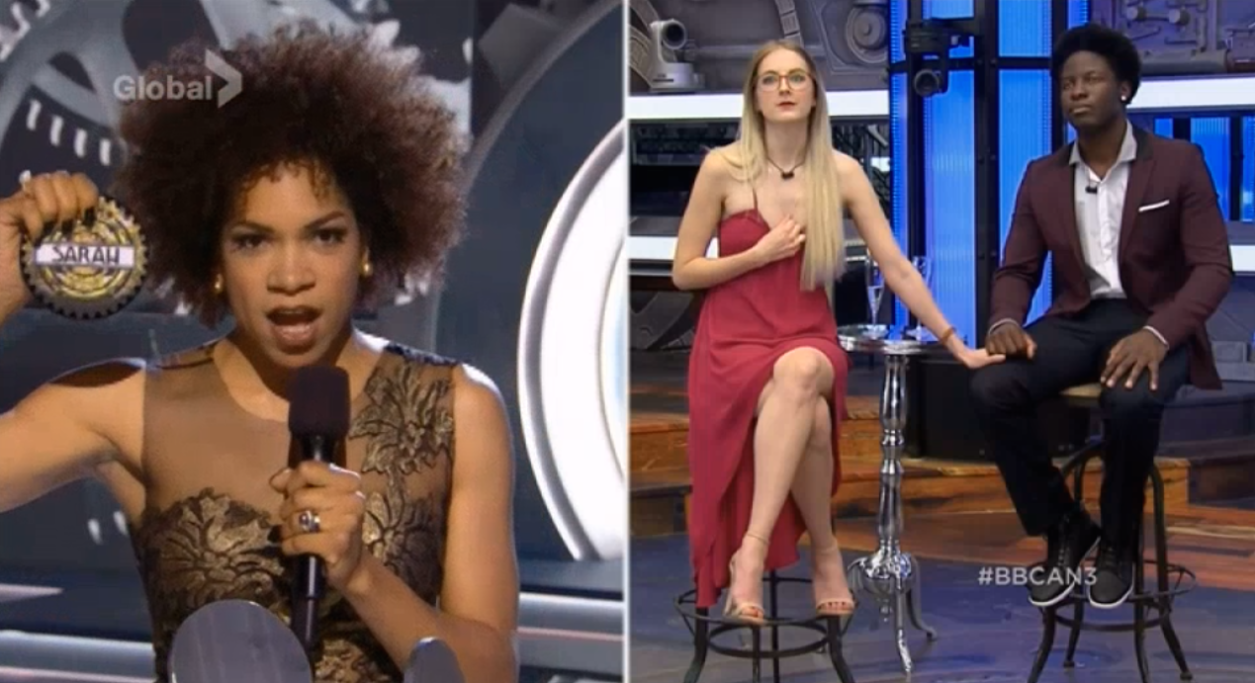 It finally came down to the final three houseguests, Sarah Hanlon, the Hemployee from Toronto, Godfrey Mangwiza, a psychology student from Toronto, and Ashleigh Wood, from Calgary, who valiantly came on the show to figure her life out. 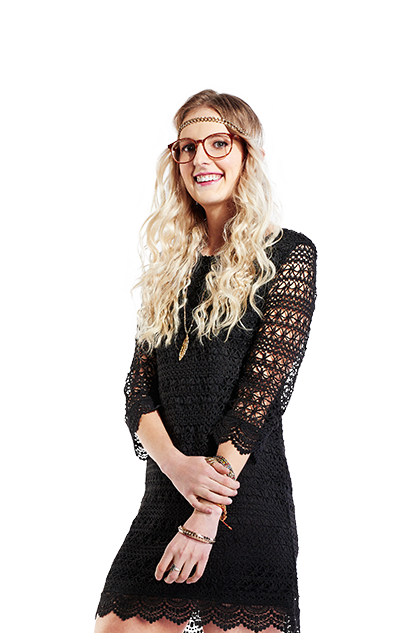 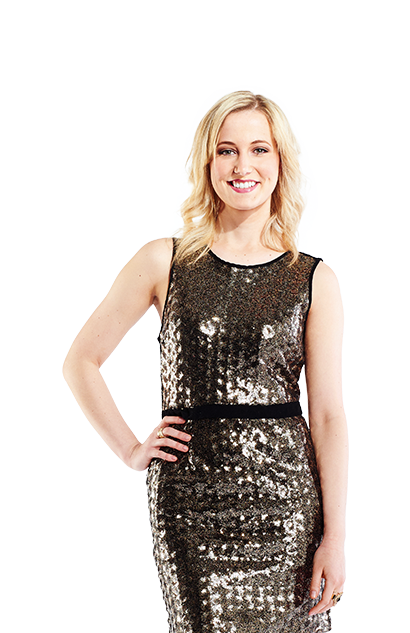 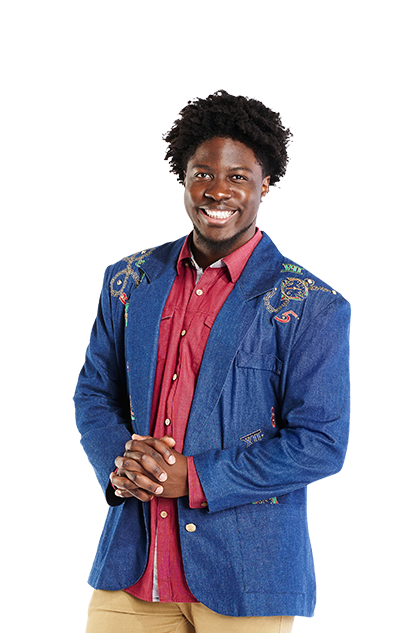 Before the jury of evicted houseguests could vote to decide a winner, a head of household had to be chosen and one final eviction had to take place. The most grueling competition of the season took place in three parts. The first being a post apocalyptic themed world where the houseguests had to continuously fill a tank of sand while it drained itself at the other end. The last houseguest to still have sand in their tank would win the opportunity to advance to the final round of the competition. After hours of earthquakes, ashes, Sarah’s glasses getting lost, and Ashleigh spitting up in the corner, it was Godfrey who outlasted the girls and moved on. 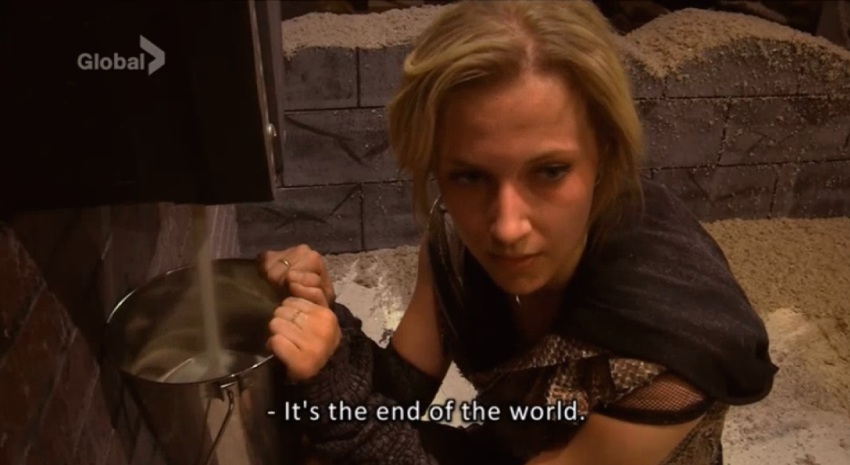 In part two, Ashleigh and Sarah faced off in a complicated puzzle where they had to connect together various facts about the houseguests that they helped evict. Whoever could complete it the fastest would move forward to compete against Godfrey to become the final HOH. In the end it was Ashleigh who schooled Sarah’s time to take the win. I guess this means that Ashleigh has indeed being doing a lot more this season than just burping and cuddling with Zach. 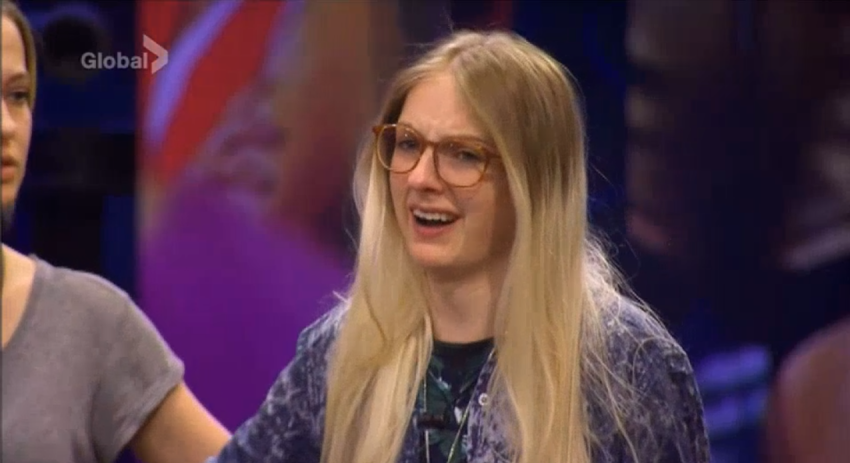 Knowing that she had blown her shot at taking herself to the final two, Sarah went on the campaign trail, and worked hard to pitch to Godfrey that Ashleigh had the votes to win. Arguing that Ashleigh had the most friends in jury and had been on a winning streak in the last few weeks, she tried to convince Godfrey to take her to the end. She then went to work on Ashleigh, making the bold play to use her jury vote as a threat, saying she wouldn’t vote for Ashleigh to win if she got evicted. In other words, Sarah will cut a bitch. 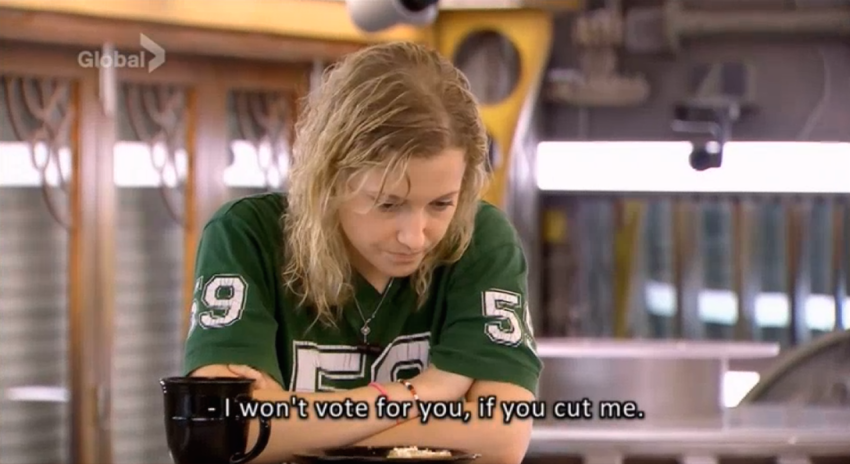 Moving on to the last part of the final HOH challenge, Ashleigh and Godfrey faced off in a live choreographed trivia challenge where we watched them walk into the dark abyss and then¦teleport into their trivia booth? At least I think that’s what I saw. With two of the strongest game faces I’ve ever seen, Ashleigh and Godfrey were neck and neck until a tiebreaker question based on, you guessed it, Sindy, named Godfrey the winner. 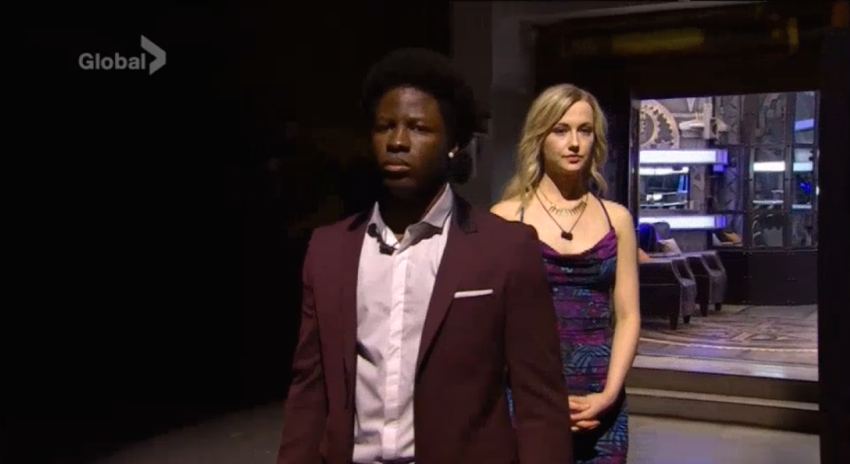 An emotional Godfrey then had to choose whether he wanted to take Ashleigh or Sarah to the final two with him in the last eviction of the season. With Godfrey having been a wild card all season, it was difficult to say exactly where the jury votes would go against either of the two girls, and ultimately he decided that he wanted to take Sarah to the final two, not wanting to risk having another showmance win for a third season. I guess Godfrey is just going to act like Sarah and Willow’s But I’m a Cheerleader moment never even happened this season, and I wouldn’t be surprised to find Willow off somewhere doing the same. 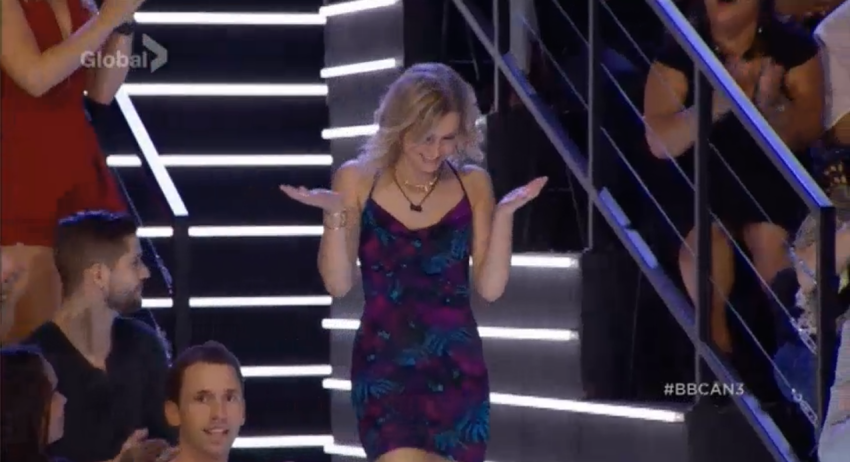 With Ashleigh out of the house, we had a ten-member jury, and it was time for Sarah and Godfrey to be questioned and plead their case as to why they should win. Both of them were incredibly poised and explained their gameplay well, but the jury had a particular interest in Sarah and directed the majority of their questions to her. Willow made sure to ask Sarah if their relationship was genuine, while Pilar asked Godfrey about why he always stirred ta port. 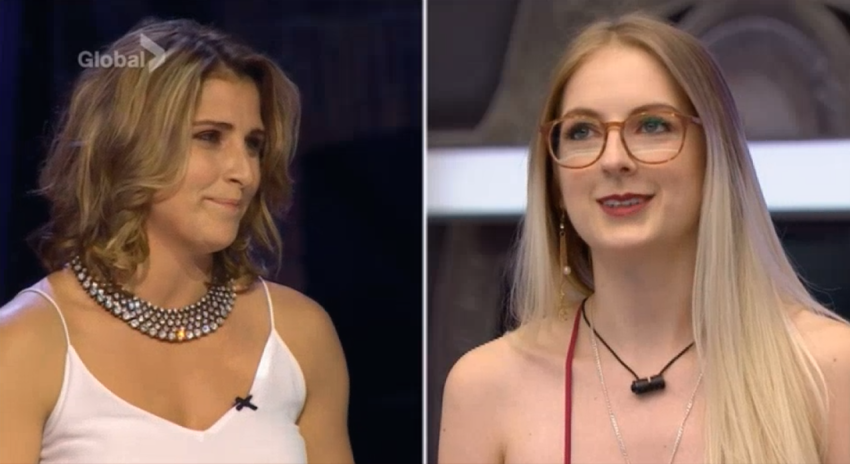 After the jury voted, it was time to drop one last bombshell. With an even number of members on the jury, there runs a risk of the vote resulting in a tie. So Arisa informed the jury that the final three houseguests had previously been locked in the vault and forced to come to a unanimous decision about which person they would like to see evicted from the jury. After a heated deliberation, it was revealed that the three houseguests decided to discount Jordan’s jury vote. Jordan was then forced to take a walk of shame and pop a squat next to the first four evicted houseguests. 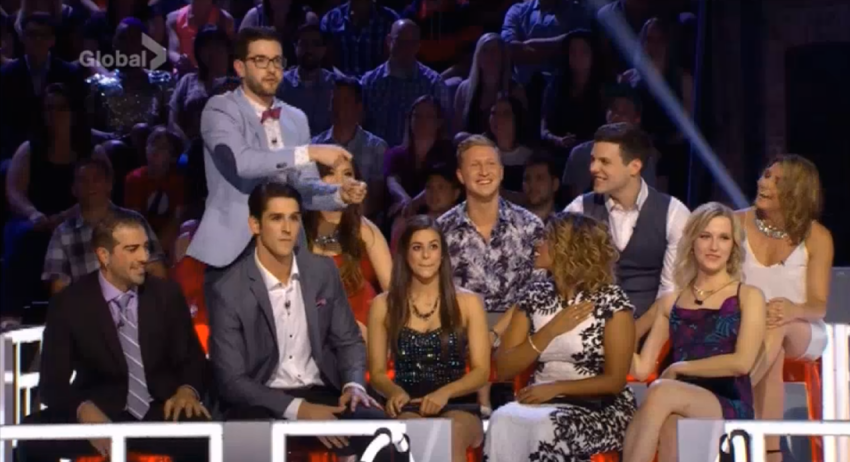 After that one final twist, some heart-warming speeches, and a look back at the best moments from the season, it was time to reveal the votes and choose a winner. With the jury now having just nine members, it took five votes to win. In the end the jury voted for Sarah, underdog of the season, and self proclaimed weird stoner girl to win. Sarah will take home the prize of $100,000 cash, a $25,000 shopping spree at The Brick, and a trip of a lifetime from the holy Big Brother Canada snack food God Twistos. She burst out of the house with Godfrey to a live studio audience, confetti everywhere, and a statuesque Queen Risha angling to get in the shot “ that’s my girl. Sarah graciously thanked Canada for giving her the secret have not power this season, and Godfrey humbly told the jury that they made the right decision in choosing her, so if you weren’t convinced that Godfrey was an angel on Earth before, now you know. 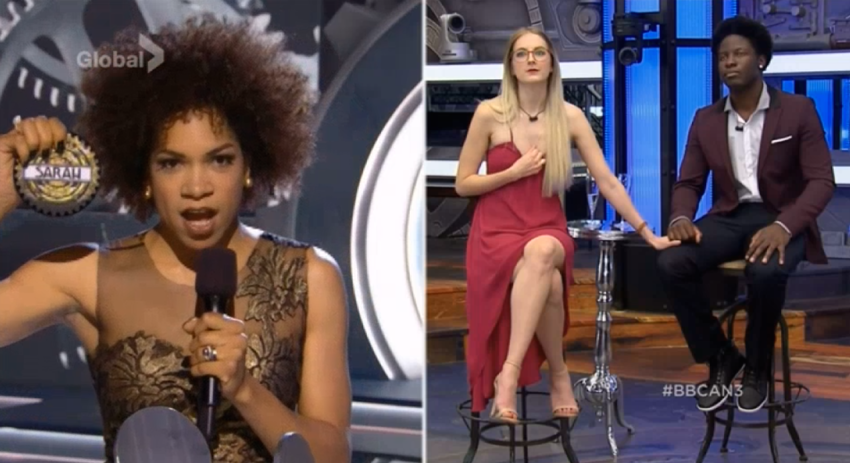 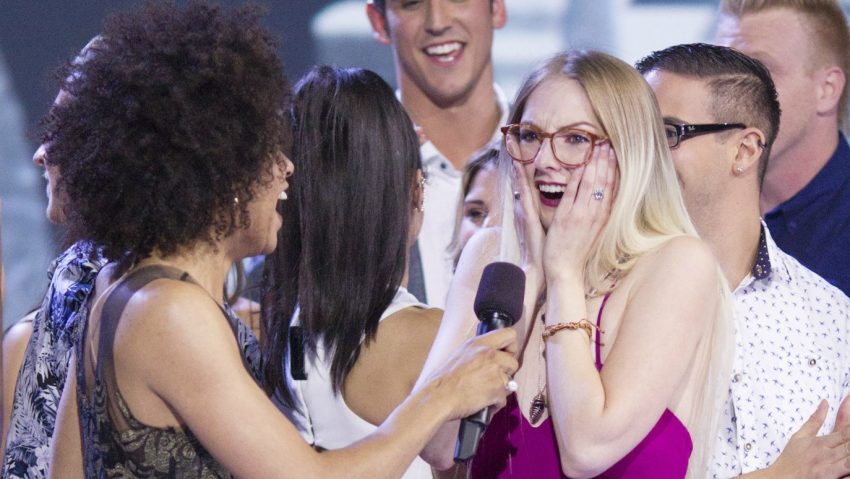 So after a season full of a record number of twists, lovers, gay lovers, toilet drama, and things being spelled with an ˜S’ that really shouldn’t be, it’s time to close the chapter on Big Brother Canada season 3 and go back to our lives of crying ourselves to sleep next to a photograph of Marsha the moose and bucket of popcorn chicken from KFC, you know, for the memories. Just kidding, we know you all have your eyes glued to The Bachelor right now, so in the name of the holy TV gods, we say goodbye to Big Brother Canada for now, and amen. 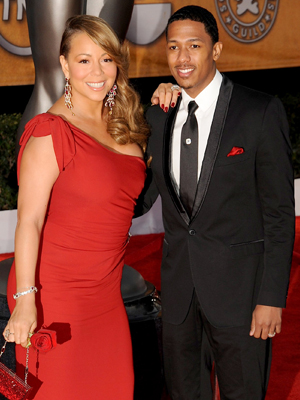 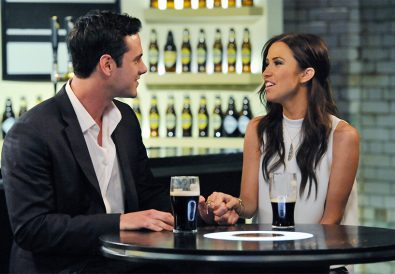