With only six girls yet and the pressure being at an all-time high to pick the one, Tim is taking the girls to his (and our) hometown—Toronto. Almost immediately after walking into their luxe hotel suite, there’s a date card waiting for April, and almost right away Dominique starts complaining. While she has a valid point that she’s never had time alone with Tim, her irritation is shredding her nice girl image really quickly—we have enough bullies in the house, Dom.

On April and Tim’s date, Tim wanted to get to know April a lot better and get to know her—and started by taking her for a ride on his motorcycle. A serious lesson in trust (plus a good excuse to get cuddly), their date was off to go a good start as Tim took her for a tour of the city and showed her a different side to his life. Then he brought her to the docks to tell her his epiphanic story of choosing to be happy and this girl fell HARD (because of the view, not his story, FYI). And then finally, she opened up. After some chatting, they made a friendly bet involving some kissing over a game of pool. April gave him a serious run for his money, but in the end, Tim won the bet and his kiss. Tim told April pretty honestly he wanted her to stick around and have her the episode’s first rose to prove it.

Back at the hotel the next date card popped up and the tension as once again raised. To Dominique’s surprise, it was Kaylynn, Lisa, Sachelle and Trish that were going on the group date, making her think that she was actually going to get sent home instead of getting a solo date, like she actually wanted. The gang headed out to Wonderland for a dose of adrenaline—but it wouldn’t be The Bachelor franchise if they didn’t shut the whole park down for a special night. Trish was panicking, but Tim gave her some attention, pissing the resident devil Lisa off to no end (because all of the girls are sooo dramatic). To give the ladies a bit more competition, he brought them for a go-kart race and while Lisa was out for blood, Kaylynn admitted she doesn’t drive (unless it’s on the way to crazy town). Kaylynn and Lisa were actually neck-in-neck and Kaylynn actually rammed Lisa out of the way (crazy town—though real talk we all wanted to do it). After she won the race, Tim pulled her aside to try and get back to where they were on their first date—complete with some snuggling and smooching, while the other girls leered at them with daggers in their eyes.

Mean girl Lisa started coming out almost immediately—not saying it wasn’t necessarily warranted—and when Tim and Kaylynn walked back in, the awkwardness was palpable. He pulled Sachelle away to get a sense of what was going on, but Lisa dug riiiiiiiiight into Kaylynn, which made her cry (obvs) and dramatically run to the bathroom and start to question whether staying is the best option.

After the group date from hell, the producers felt like there wasn’t enough drama, so they brought Natalie back to fix her mistakes and repair her regrets. Pissing the girls off—Lisa included—to no end, Natalie went off to find Tim and say her piece about why she should be allowed back. Looking incredibly shocked to see her, Natalie tried to explain herself and talk her way back into the group. Tim admitted he’d wanted her to stay, but needed some time to think things through considering his dramatic date the night before. Just then, there was ANOTHER knock on the door (so dramatic!) and in walked Dominique talking about heading home. Then Tim started with the regrets, wishing he’d given Dominique more time since he did keep her around another week. Before she walked out, she dropped one last hint that maybe some of the girls (*cough… Lisa… cough*) aren’t there for the right reasons and aren’t as nice as he thought, but wouldn’t name names.

After Dominque made her exit, Tim walked in announcing that Natalie would be joining everyone again. Lisa was stewing over Natalie’s return but was having a harder time concealing it than before. Natalie stated her case to Tim that she had to follow her heart and come back to him, which Tim ATE RIGHT UP. Showing that he clearly can’t handle the lady drama, Tim was seriously confused as to which girl he should trust and keep around a little longer.

At the rose ceremony, tensions were running high and Kaylynn was basically on the verge of tears the whole time. Tim got the good girls out of the way first and then called on Kaylynn, leaving it between Natalie and Lisa for the last rose. In the end, even Natalie’s grand gesture couldn’t save her from the fiery storm that is Lisa, and went on her way home for the second time.

Only five ladies are left and Tim is taking them to Tuscany for some romance and the promise of Lisa’s reign to come crashing down. 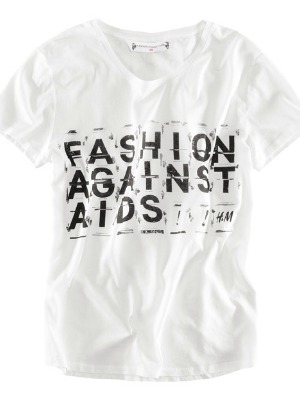