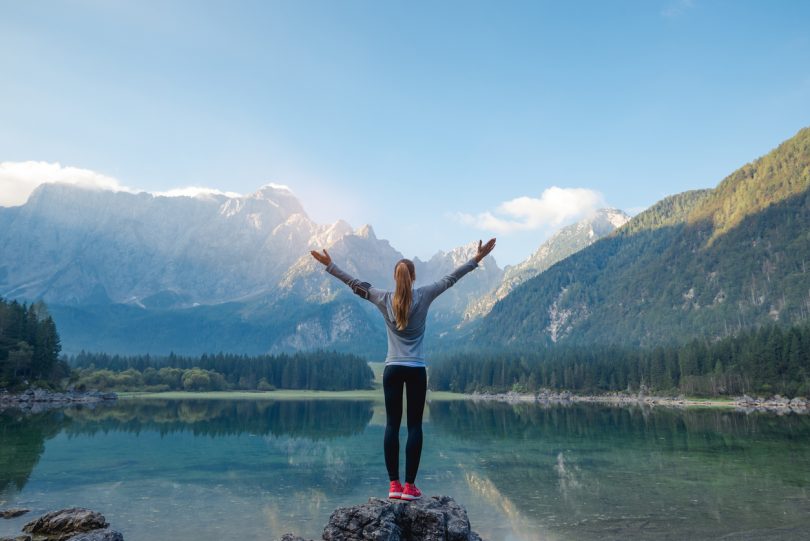 Over the last few weeks, I tried very hard to ignore “eclipse season” and “Mercury in retrograde” because I wanted to be an adult woman who took accountability for her actions and blamed only herself for any/all choices that could best be defined as “not great.”

And then July melted into August and I decided: no. No thank you. I, like most living people, have felt less-than-incredible over the course of the summer. And because introspection is reserved for when I’m feeling better than less-than-incredible (preferably incredible), I’ve opted to blame Mercury in retrograde for all of it. All of it. Feeling sick? Mercury in retrograde. Consuming too much caffeine? Mercury in retrograde. Not getting enough sleep? Merc. In. Ret. Strange miscommunications that could’ve been avoided with me simply saying, “Hey! Sorry about that — I should’ve had lunch before having this conversation”? MIR, baby. The universe was literally plotting against us, and while someone better versed in astrology and/or planetary movements and/or most things might argue that Mercury in retrograde is a way to learn how to slow down and take time to double check details, I will argue that it exists to remind us that if we can get through it, we can get through anything. Or, close to anything. Most things, maybe. Some things, for sure. Mainly, pat yourself on the back if you achieved any of the following:

You avoided seeing a person from your past that you dislike and have nothing more to say to
Mercury in Retrograde is the patron saint of “running into that person you really didn’t want to see again, but here you both are, in an Indigo, making small talk.” If this happened to you and you survived, congratulations. If it didn’t happen to you, you tricked the universe and you are better than it. (Yes, the whole entire universe.) Now, should you meet that person IRL over the next few weeks, you need only shoot them a cold, hard stare that conveys what you and I and everybody else knows: how dare you, I’m the captain now, drop your Heather’s Pick and walk away.

You booked a trip and it didn’t go very wrong
Or you went on a trip. Or you talked about going on a trip. Or you said the word “trip” in a sentence. If any of the aforementioned happened, and your world didn’t shatter, you have outsmarted Mercury in retrograde. You are better than it. You are amazing. You deserve another trip. And also maybe pay for one for me because I would like to go on one, too.

You didn’t send the wrong email or text to the wrong person
Over the course of the last few weeks, you were presented with several opportunities to send the wrong message to the wrong person and ruin your working life, your personal life, your familial life, or a combination of all three. If this didn’t happen to you, you should be impressed with yourself and consider yourself a god. And, between us, all other people should also be impressed with you and consider you a god. I will admit that I thought I sent several texts that I did not press send on which created a weird sense of “are you mad at me?” that needn’t exist. I was also the recipient of those same texts/lack thereof. And while we both know that “I thought I hit send” is a lie, it is an easy, boring lie. It is also a lie I choose to categorize under Merc in ret. over the idea that either/both parties were too lazy/tired/apathetic to bother checking to see if the conversation was over. (Because honestly, it might as well have been. But even still, throw out a non-committal “haha,” you know?)

You didn’t break your computer/phone/misc. technological sources
Any Mercury in retrograde in which you did not smash your phone or spill water on your laptop is a victory that can fuel you for years. One year, I spilled soda on my laptop twice. Currently, I’m sitting with a glass of water next to my laptop and I dare either to defy me. They won’t, because I’m over-confident and avoided any such nonsense over the last couple of weeks.

You didn’t like the new Ariana Grande album
Nope, no way. Sorry. This is on you. Don’t you dare blame Mercury in retrograde for your questionable music taste. Didn’t you hear her cover of “Hide and Seek”? Did you feel nothing? Do you — present tense — feel nothing? No. I refuse. I will not. The universe weeps. The planets weep. I weep. And so should you.