by Katie Elliott
Style
No comments

So they teamed up with boutique parfumeur Arquiste. Curated by Carlos Huber, an architect with a background in historical preservation, Arquiste scents are not your average perfume.

“Sometimes things that don't seem to go together, do.” —J. Crew’s Pinterest bio, and also the perfect summation of why perfumes based on the life and times of art collector Peggy Guggenheim make total sense as J. Crew’s first fragrance offerings.

Peggy Guggenheim was basically the first modern boss-ass bitch. Wikipedia literally says “she had a voracious sexual appetite”. She was a bohemian, a socialite, and her dad died on the Titanic. The perfumes tell the story of of her groundbreaking 1943 Exhibition by 31 Women, which was the first all-female art show in the US.

No. 31 is meant to evoke Peggy herself. It combines notes of red vermouth (yeah girl) eau-de-vie accord, and Bulgarian rose with damson plum, patchouoli, and oakmoss. The fragrance is uplifting and sparkling.

No. 57 places the wearer inside Peggy’s gallery at West 57th street, eating potato chips and drinking whiskey (also known as what I did on Friday night) inside its curved oak walls. The perfume contains scents of deep aged whiskey, cedarwood, oakwood as well as cinnamon bark, labdanum, and vanilla beans.

The fragrances are united by their warm, woody base notes. They were created to be worn alone, but can also be layered.

Presenting my collaboration with @jcrew earlier today with great bloggers and press- thank you all who came! Thrilled to share our work! #jcrewxarquiste #jcrewbloor #jcrew

29Secrets: 57 seems more of like a winter scent, or a scent that you’d want to wear in the winter, and 31 is more summer. Was that conscious?

Carlos: Yeah, I think is 57 is a little bit cozier, and it’s more balmy. It feels a little bit more like you’re covered in something.

Yeah, I want to wrap it around me.

Exactly. So yes, we were very aware of that. And 31 has a lot more colour, has a lot more zing. So it’s not necessarily meant to be only for summer. I think you can wear it all year round. I think the base of 31 will take you nicely into like more of the fall/winter field because it also has a woody background. But the opening of that is definitely a little bit more uplifting. 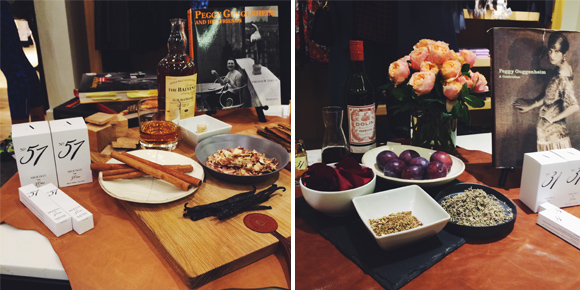 How did the design of the bottles come to be? Did you have a lot of input?

Yeah, of course. I chose the bottle actually. And I proposed it to Jenna [Lyons] and Tom [Mora], and thankfully they liked it as well. They really liked the shape of it, the angles, the heavy base, the simplicity of it, but also it looked really chic, looked—not vintage, but it looked very elegant by itself. It wasn’t over-designed. And so I think with Arquiste it’s the same thing. I have this very round, pure shape as well. I want something that will fit every era, and will fit every story. If I give you something that’s all really designed and that’s too focused on a specific feature, it’s harder for me to then speak about history, or take you somewhere else with it. I think it’s something that I take from architecture, knowing when not to over-design things. Understanding where really less is more and where it’s much better to actually spend, invest really on quality and material quality, rather than fanciful shapes.

And the simpler it is, the more the fragrance stands out.

Exactly, you have to take that into account. Certain simple shapes highlight the material aspect of the juice, you know, like the reflections, the way the liquid looks. If it has too many facets, you’re losing a little bit of what’s inside.

When you were discussing layering the fragrances, you mentioned how you could use a rollerball of 57 and a spray of 31….is there a difference to how the scent goes on your skin when you spray versus roll?

If you go back to your first question of one being wrap around and the other being more uplifting, I think in that sense, it’s nice to have the uplifting beginning of 31 while you actually push the base more with 57, would be my approach. But again, it’s also personal because for some people the whiskey in the cinnamon of 57 is also very fresh. So you could discuss it the other way around, that you want the oak moss and the patchouli of 31, and what you want to highlight is mostly is 57. So I think if you’re a bigger fan of 57, I would say get the rollerball of 31, get the spray of 57, and that way you’re going to have more of the overwhelming facet of 57, but you’re going to have elements of 31 shining through.

How would you give advice to someone who is looking to find a signature fragrance? How do you know what works with you?

To try it on, to fall in love with it, to convince first yourself. People say you wear fragrance for other people—you always wear it for yourself. Even when it’s for compliments from other people, it’s about feeling good about yourself. So choose something that you really love. Don’t be so focused on other people responding to it right away. Ultimately what you want is to feel confident enough in your own skin, that whatever the scent, you’re going to shine. I think that’s more important. You don’t only want a scent that everyone suggests or everyone is drawn to. You need a scent that you feel good and shine through in.

Both fragrances are available in bottles of 50ml/1.7fl oz which is $92 or a 10ml/0.35fl oz rollerball for $30. Available at J.Crew stores across Canada and www.jcrew.com 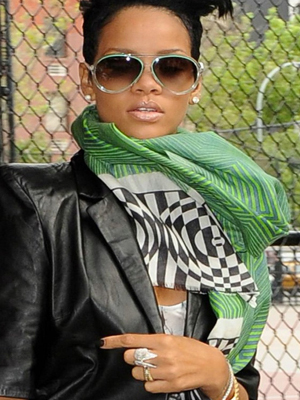 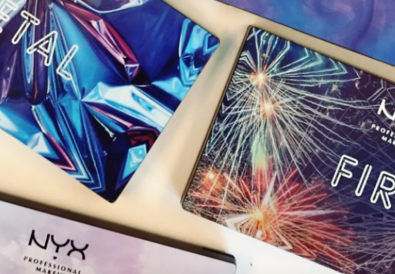 Style Briefs: NYX Launches In Your Element Collection; Goop Fires Back At Haters