Rating Halloween Candy, According to Me, An Expert

We could sit around pretending we care about things like "good costumes" and "consuming healthy amounts of sugar," or we could be honest with ourselves and with other people we know: Halloween candy season is upon us, and we deserve it all.

Look. I'm a grown-ass woman who works hard and deserves to eat whatever type of garbage I feel like eating whenever I want to eat it, and I'm here today to say you deserve the same. ALSO, you're busy. I'm busy. We're all busy. And the last thing we have time for is to sift through lacklustre shit just because it's available. Nope! NO THANK YOU. That's why I'm ranking everything so that when push comes to shove and you're staring at one of those weird brown toffee things in the face, you can say "Get out of here" and substitute it with three million rockets. Don't say I don't care about you.

Also, you probably want the neighbourhood kids to think you're not a horrible person (and I'm going to help you).

Now let's do this — time is money and candy.

Halloween toffee-things
What are these. No, like really. What are they suppose to taste like? I don't understand them. I don't understand YOU for giving them out. How old are all of us here? Are you over 65? If you are, very fair, carry on, you have earned the right to give out whatever you'd like. But are you 20-something? No. NO! Stop. I'm reporting you. I'd rather get raisins.

Raisins
JUST KIDDING I HATE RAISINS SO MUCH. Why ON EARTH would anybody give out raisins? Have you ever met a child who's said, "What's for dessert, Mom? Raisins? I love raisins!" No. Absolutely not. If anything, it's the horrible realization — TOO LATE — that you're eating a raisin cookie, NOT a chocolate chip cookie, and now you have no choice but to collapse in on yourself like a dying star. Or maybe just move away.

Suckers
I mean, sure. IF ONLY your bag is filled with other treats. Never, EVER just give out suckers. Nobody wants them. They last until February, and you know that. You know, as you're giving them out, that the suckers your giving away are merely part of a collection of suckers you yourself have been given over the years, and it doesn't matter because nobody will eat them anyway.

Gum
Gum is cruel because you think it's candy and quickly discover that it is NOT candy, and that you have swallowed something that will affect your digestive system until the day you die.

Chips
I love chips. I LOOOOOVE CHIPS. To be honest, one of my favourite activities involves sitting on a chair and eating chips and watching a crime show, and the only way I do NOT enjoy that experience is if my chips have turned into crumbs because the bag's been crushed. This is the problem with chips at Halloween. IN THEORY, they are perfect. But to apply them to real life? Oh boy. YOU TRY sustaining your perfect image if you've been sitting in a pillow case and showered with candy all night. Exactly — it's impossible. Why it's either Pringles or bust, or just $1.50 for a bag of regular-sized snacks, to be bought at a gas station afterwards.

Rockets
Delicious, I agree! But only if you have handfuls available. Rockets are the candy to consume until your tongue, mouth, and stomach hurt. If you stop before that moment, you haven't eaten enough. But if you go beyond that point, you will absolutely pass away. There is no in-between, and there is no way to bring your blood sugar down to normal levels after this happens, I'm sorry.

"Candy"
So included here are: Starburst, Skittles, Nerds, Gobstoppers and . . . well, whatever else you just thought of. Laffy Taffy? Sure! Ultimately, these are perfect — PERFECT — choices. But only if mixed and matched with other candies, and distributed as part of a group. Why the FUCK would I want only one tiny carboard box of Nerds? Why would anyone? You collaborate. You form a band. The other members? At least two or three other things. Handing one two-pack of Starburst is the equivalent of telling somebody "I don't want to be here." (And look: I'm a True Poor. And I will ALWAYS throw freakish amounts of swag into the bags of children and also into my own personal "when I'm watching my crime shows" stash. So there.)

Twizzlers
In a league of their own. A SURE BET. You can even handle giving away one pack away per child because only a monster would lose their shit over three Twizzlers. Granted, that monster will probably come back to egg your house, so think about that.

"Chocolate bars"
See: everything I said about candy. Only chocolate is better because it is often combined with caramel, so YOU do the math.

Cans of pop
!!!!!!!!! <– my reaction at 7 p.m. when I was so thirsty after running from house to house, and realized I was no longer about to feel like death. True, I'd spill it all over myself. Yes, I'd make my friends check to make sure there weren't any needle holes in the can (thank you, urban legends), but ultimately, I was whole again. Yes, you can be a beacon of hope. No, it ISN'T candy. But look: if you're giving away cream soda (or have access to it in any way), it's technically like melting Rockets in a pot, isn't it? Or something?

FULL MOTHERFUCKING CHOCOLATE BARS
Yes, I understand this means we could just walk into a store and buy chocolate bars, but I also know that this is exactly WHY full chocolate bars was such a beautiful thing: because THESE WERE FULL CHOCOLATE BARS. AND ARE. AND THEY'RE FREE. UNLESS YOU'RE BUYING THEM FOR YOURSELF.

Look what I'm saying is that there is nothing better in this world than a chocolate bar. And I'm not even sure if I'm writing this as part of a Halloween candy guide or if I'm just craving a Twix, but everybody wins from full chocolate bars on Halloween night. But especially you. And me, who is about to go buy one right now. (IT'S MY BUSINESS LET ME HAVE THIS.)

5 Reasons to Keep Your Coffee Habit 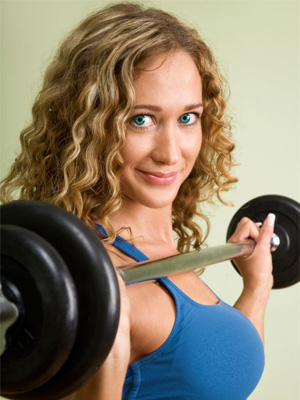 Best Exercises to Tone Your Arms

Your Trendy Christmas Is Killing Me