The Sad History of My Summer Flings

I grew up convinced that because Cosmopolitan magazine said so, from age 14 onward I would be bombarded with summer flings. Now, I have absolutely no idea why I expected this to happen since I never really left my neighbourhood, but at the time? Beware, world. Beware of me, and my platform sandals, and my pleather pants, and my willingness to make! this! happen!

Which, of course, it never did.

Below is a documentation of my attempts at taking a "have a sexy summer!" seriously. I no longer take that mantra seriously because at 29, I'm ready to admit that I have no idea what it means. Like, what does it mean? Why can only summer be "sexy"? What does "sexy" even mean? Chris Pratt rapping to Eminem and Dr. Dre? Cool! I get it, then. My summers still don't look anything like that.

Let's do this/laugh at me.

Attempt #1: July 1 *~romance~*
I was 15, switching to public school, and was going to the annual July 1 carnival-thang because there is literally no other social choice to make when you're a wee babe in my hometown. (Even now I go. Kind of. Like, I watch fireworks from my Grandpa's balcony, but . . . that's about it.) In reality, I didn't want to go, I wanted to stay at my friend's Mom's because she and her husband had made us steak and their patio was really nice, and they had homemade lemonade. But no. We were going to this fucking thing, and at this aforementioned thing would be a 16-year-old (#older) guy I was told to have a crush on, so I did. Thus, to the fair we went. And, unsurprisingly, it was . . . it was a fair. (Like, what do you guys want? It wasn't The Notebook, THANK GOD, what can I say.) And at the fair, we hugged twice. Crazy, I know, but we did — he, in his knock-off Tommy Hilfiger sweater, and me, in my stretchy synthetic crop top and second-hand Tommy jeans. "Maybe I like him!" I thought. Maybe! Except until we piled into the back of his brother's truck, and were chased by the cops, and it turned out he had a shit-ton of weed on him, and I was just like, "You know what? You're not enough like the other guy I like who has a shit-ton of weed on him." But that wasn't even what bothered me: what bothered me most was that he thought it was funny about the cops. Not because I cared about the cops, but because he kept laughing at the stupid jokes made by his friend, and not laughing at mine. Punk.

Attempt #2: ICQ *~errors~*
So when school ended, all any of us had was the Internet. We clung to it in a much more desperate way than we do now, and we waited until say, 30 seconds after the person you liked signed in so we could say, "Oh hey~" (Yes, I used ~ as punctuation, thinking it wasn't "angry" like a period, nor "needy" like an exclamation point. And I totally stole it from my friend.) Anywho. GOOD LUCK trying to negotiate plans on instant messenger when you haven't seen the person for weeks at a time, AND you're lacking the actual adult confidence that brings the ease of saying, "So what are you doing this week?" But one day, I had it. At 16, I had this confidence. For reasons I'll never understand, I had drummed up the courage to tell the other-guy-who-had-all-the-weed (remember him?) that he should come over.

"K," he responded, filling my soul with purpose.

So I waited. And waited. And waited some more. Then LEFT A NOTE because I wanted to go to my friend's house. And you will NEVER GUESS who never ended up showing up. HINT: the same guy who didn't show up AGAIN when I asked him to come over — AGAIN — on New Year's Day a year and a half later. The error? "Sexy summer flings" are not for the Internet. At least not in the 2000s. At least also not now, I think. It's probably more of a face to face thing. Or at least that's what I told myself, when . . .

Attempt #3: One-man band
I was 21, I had dyed my own hair blonde (God help us all), I had just started working at American Eagle, and I was in all my flip-flop fake-Kate Bosworth-in-Blue Crush glory. (Bow down bitches bow bow down bitches.) So you will NEVER IMAGINE the joy of meeting a young 18-year-old (#scandalous) gentleman who not only played an instrument, he had his own band. I mean, he played solo shows, and called his solo shows his "project." Like, it was a band name. Basically, all anyone here needs to know is that, at 21, I saw a young just-able-to-vote guy with a tattoo of his own band's ("band"?) logo on his arm, and thought "Absolutely. We will marry." (Also: that only HE was in his band. And yet he called his solo work his "band." I'm sure now, eight years later, we're equally embarrassed.)

NOW! In no "sexy summer fling" articles does it say to go into anything with the determination of a sergeant. But I did, wearing all my favourite hoodies, combing my DIY blonde hair with purpose, and saying things like, "Oh, you have a show in Barrie? I was going to be there anyway!" You see, this is INSANE because I live two hours away from Barrie, and to "be there anyway," I had to bribe my friends to come up using the pretense of a beach trip. Then, what's more insane, is that I DID IT AGAIN, a few weeks later, even though our texts were slowly turning into the food he was cooking, and why I should like cheese more. (I hate cheese. Deal with it.)

The good news, is that we kissed a total of two (2) times. In life. That was it. The bad is that it turned out that while he lived in Barrie and I did not, he was enjoying the company of his best friend's sister (if you know what I mean) (like no one was just hanging out, watching TV here — and hey, you do you). Meaning that if this sister is out there, somewhere, she can add the second part to this "sexy summer fling" tale since her pespective was a little more involved than mine.

The moral of the story? I still don't know what "sexy summer flings" are, but for that I am thankful because when I was a tiny child I used to think the sex moves in Cosmo were real things, too. Basically, anything anybody says you "should" do, I believe, is a lie. Or anything anybody hypes up other than TV shows, movies, and music. Everything else? Calm down. CALM DOWN, SUMMER FLINGS. Get out of my face. 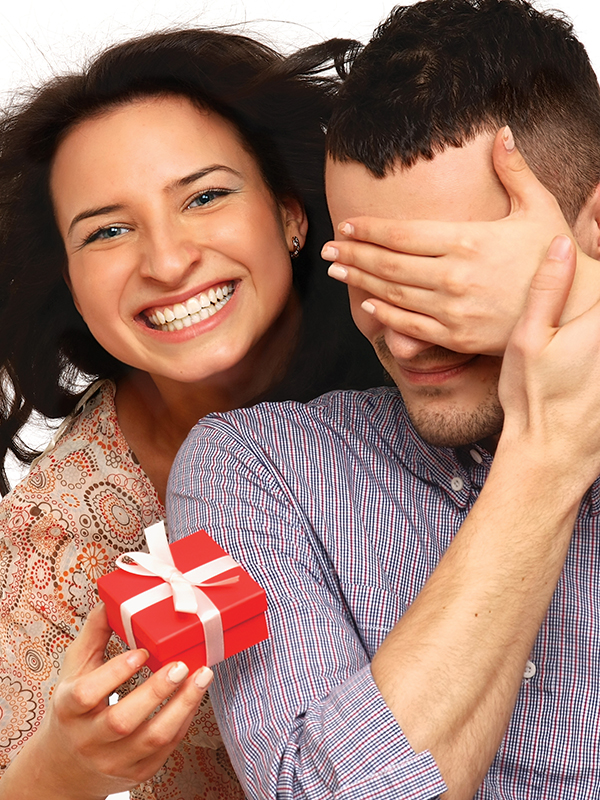 Anniversary Gifts for Your Boyfriend 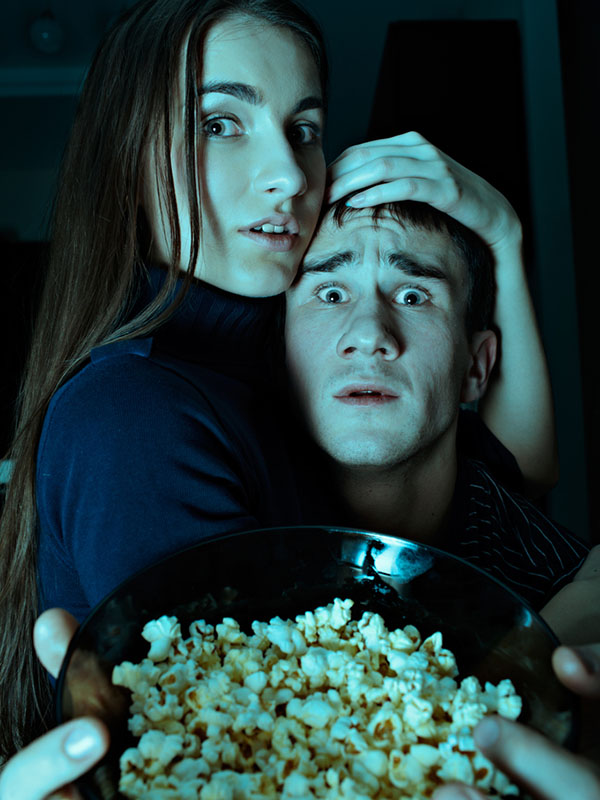 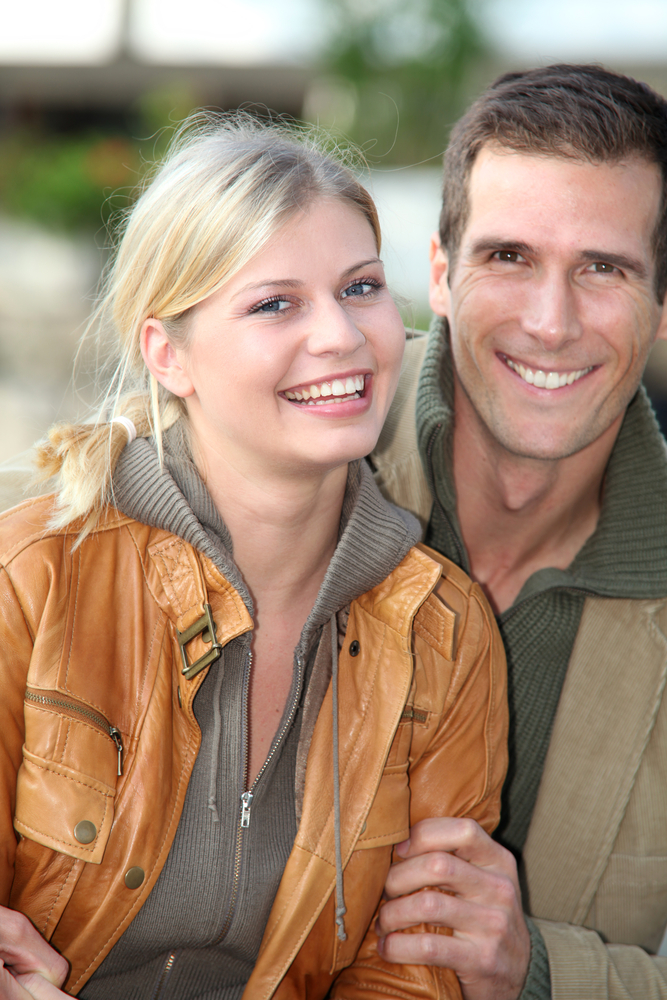