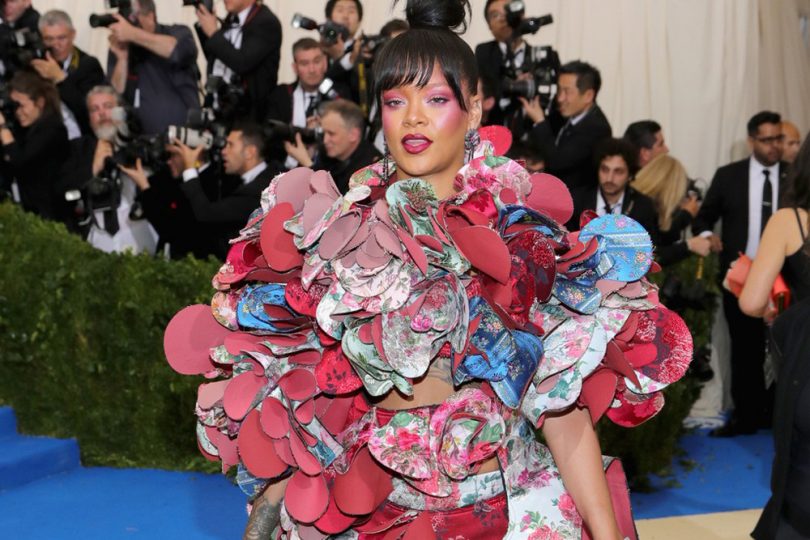 Last night’s Met Gala had a very simple theme: Comme des Garcons’s Rei Kawakubo. That was it. That was the theme. All anybody had to do was wear pieces designed or inspired by a brilliant woman, and they would’ve succeeded at doing the most basic of tasks in the history of time and space.

And I mean for real: if you were a famous person who was invited to the biggest night in fashion, it’s assumed that you have enough money to wear or rent a piece that follows the theme. And that means that following the theme shouldn’t have been a feat. It should’ve been a question of tapping into the designer’s 40-year legacy which has been defined by creating influential pieces that have challenged existing style norms and celebrated the idea of in-betweenness. It should’ve been a celebration of shapes and textures and risk-taking. It should’ve looked like what Rihanna, Solange, Zoe Kravitz and Janelle Monae wore. It was not prom, it was not your coworker’s wedding, it was not the Oscars red carpet. It was the Met Gala and therefore attendees had only one job: TO FOLLOW THE THEME.

I mean, goddamn it. Goddamn it, you guys, what the hell. What the hell was Selena Gomez wearing? She looked nice, but why did she also look like she’d plucked her slip dress off the Mariposa rack just in time for grade eight grad? Why was Kendall Jenner dressed like a chorus girl from the Phantom of the Opera? Why did Kylie Jenner channel “cool mother of the bride” vibes? Hell, even Clare Danes and her pirate shirt made more sense. Diddy lounging on the red carpet steps made more sense. I felt like I was watching the scene in Legally Blonde where Elle shows up in a bunny costume, only in this case, Elle was the only person dressed appropriately. DOES EVERYBODY KNOW WHAT A THEME IS?

Do they? Do they know? Because this isn’t semi-formal where “midnight masquerade” is option. Fuck man, the attendees of the mask party in Fifty Shades Darker committed better to a “please dress in a particular way” sense of the word. Honestly, Eyes Wide Shut did a better job of maintaining a vibe. These are some of the wealthiest and most influential people in the world, and instead of paying homage to a beautiful designer who is truly too good for this world (too pure), they looked at the invite and said “Yeah, but I will wear this piece that I was going to wear regardless, cool?”

But no. It isn’t cool. GUYS, it isn’t cool. There were a lot of beautiful dresses at the Met Gala last night, but 99 per cent of them followed the very distinct theme of “I do not give a fuck.” If I were Rei Kawakubo, I would’ve made each and every person stand up and tell me what my work meant to them, and if they couldn’t answer within 15 seconds I’d point and shout “LIAR!” and I’d make them leave. Because lord knows most of those clothes didn’t have anything to do with what she’d done. Dudes, some of those pieces couldn’t have found the in-between if I’d pushed them into it myself.

I mean, goddamn it.

Looking for Met Gala 2018 coverage? Head over here for the most extra looks of the night!