The ESPYs Do Their Part For #MeToo 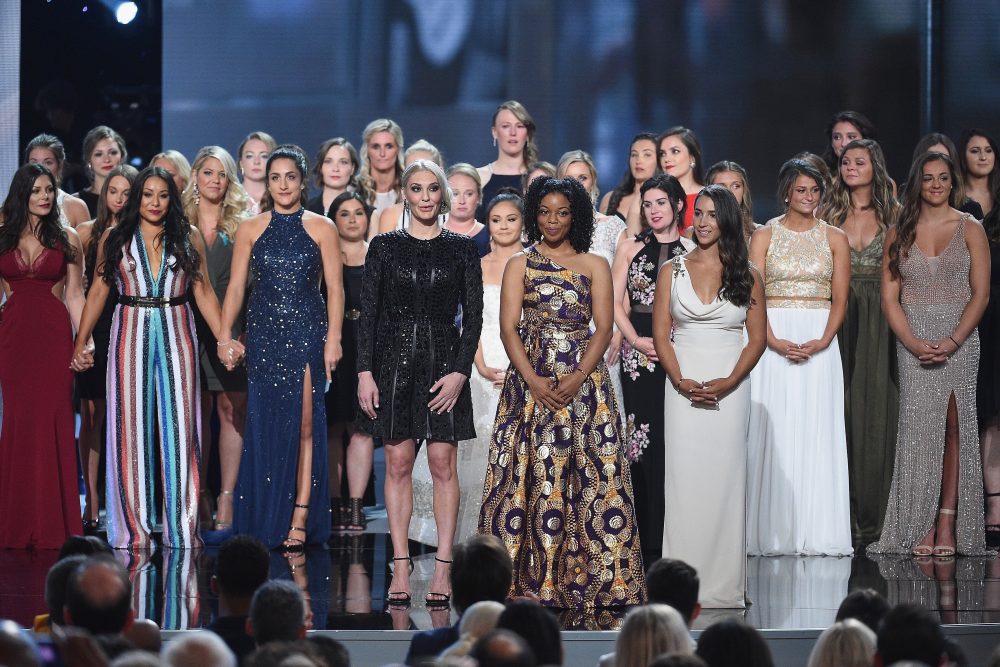 If you didn’t catch the ESPYs because you’re not really a sports person, that’s fine but this part’s important: during the broadcast last night (July 18), 141 survivors of disgraced (and now convicted) doctor Larry Nassar’s sexual abuse took the stage together to accept the Arthur Ashe Courage Award. And it was incredible.

Jennifer Garner presented the award to Olympian Aly Raisman and her “sister survivors,” including Sarah Klein, who was the first to be abused by Nassar 30 years ago and reminded everybody watching that she and the other 140 “represent hundreds more who are not with us tonight.”

“Speaking up and speaking out is not easy,” she said. “Telling our stories of abuse over and over and over again in graphic detail is not easy. We’re sacrificing privacy. We’re being judged and scrutinized. And it’s gruelling and it’s painful, but it’s time.”

“Just like Arthur Ashe, I stand so very proud, representing not only minorities but all of us as humans, the human race,” softball player Tiffany Thomas Lopez added before 24-year-old Raisman reminded all of us of how painfully long it took before anybody believed Nassar’s accusers.

So first, yes, I am also crying, so you’re not alone in that. Second, it’s about time. And not just in terms of Dr. Larry Nassar being called out and shut away for his acts and violations, I mean in terms of the way we talk about abuse and assault in sports. Specifically, we’re actually talking about it. In general. Which is a feat when you think about the number of players who’ve been accused of assault in their own right and who continue to play. (Even now, the Blue Jays refuse to condemn the accusations against pitcher Roberto Osuna who’s been charged with assault, and who will be returning to the pitcher’s mound following his suspension.)

As we know, the system is rigged in that it’s easier for a predator to avoid accusations and accountability than it is to see one’s abuser fall from grace. It’s easier to forget that victims have names and faces and lives and agency than it is to accept that strangers’ names we’ve come to know (and oddly trust) may not be worthy of anything other than jail time. But Raisman and Lopez and Klein and the other survivors standing onstage accepting their award is the necessary reminder that this norm is unacceptable and that if you’re willing to sweep allegations under the rug, then you can go right ahead and stare survivors in the face and tell them why. (And then, as far as I’m concerned, you can go fuck yourself.)

It is embarrassing and shameful that it took years of allegations and hundreds of victims for a predator like Nassar to come under fire. Just like it was embarrassing and shameful that it took decades of Weinstein’s behaviour to see him condemned (and, and, and). And while they’re two different industries, they’re the same symptoms of a broken system. And that system is rigged for offenders to win and for those they hurt to be silenced. But as we know, we’re clapping back. And last night, with those 141 persons onstage? Calling out just how hard it was for them to be heard? That clap is still echoing. And I hope every professional athlete whose own actions fall under the predatory umbrella can hear it. 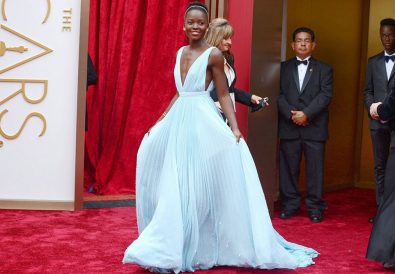 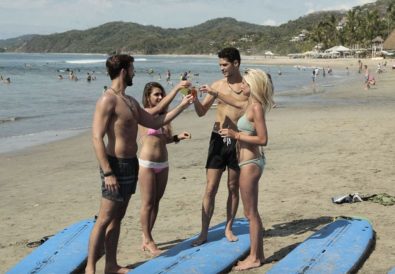 8 F*cked Up Things That Happened on Bachelor in Paradise: Season 3, Episode 8 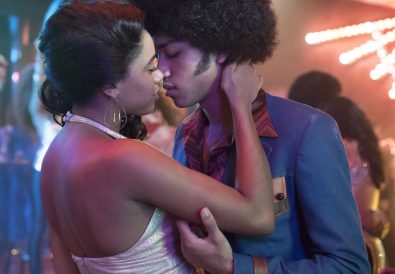