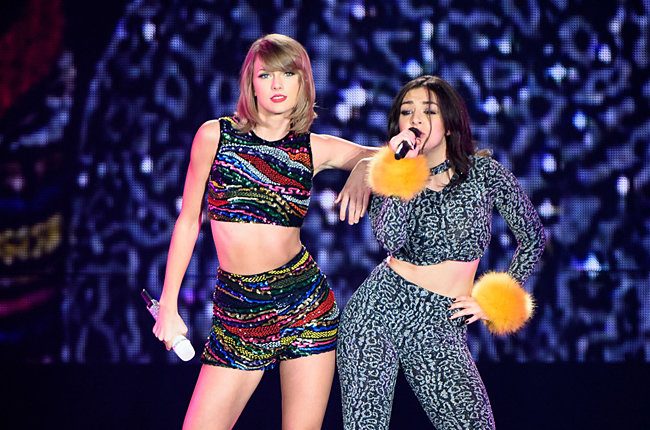 …According to me, a person who was there.

So, who else was? Well, that’s why we’ve gathered here today, ladies and gentlemen. You see, the Internet is ripe with Taylor Swift news, gossip, updates, and pageantry, and while I for sure sing each and every song off 1989 alone in my car, pretending it is I who penned and birthed them, I still have avoided drinking a full batch of the Kool-Aid. Taylor Swift is a person. She is a talented, hard-working person, so that is what this review is going to reflect: only the facts.

To start, here’s what I thought about openers Sean Mendes and Vance Joy.

Sean Mendes: I do not know what I thought about Sean Mendes because traffic is terrible in Toronto and it took an actual hour to get from Clinton and Bloor to whatever-street-the-Skydome (NOT Rogers Centre)-is-on. Thus, we missed him. But I did scream at other cars a lot.

Vance Joy: Admittedly, my friends and I spent his entire set in the restaurant attached to the Skydome wolfing down whatever food was available to us, but we could hear him, and it sounded like he was for sure wearing plaid. I honestly cannot handle knowing now that he wasn’t, so if that’s the case, do not tell me.

So that was that. We ate, I took a few Pepto Bismol because I wasn’t feeling well (I am a #survivor), and then just as we took our seats, the lights went down (seriously — the timing is perfect because we are perfect), and the show began. The good news? Everybody got bracelets that lit up! The bad? Some ass-hat stole ours. So we had none. Us, and the girls next to us. I wish nothing but terrible concert karma on said thief. (Ex. May they always be stuck standing behind a very tall man.) I almost left out of anger, but then I remember I paid over $100 to be here.

So what can we say about a Taylor Swift concert? Well, I’ll throw it all down here:

– She wears lots of different outfits, none of which I would look good in, but congratulations to her because I mean, hey: she did it.

– She talks to the audience.

– She talks to the audience, but it is also very rehearsed, and that is fine, but I would’ve loved if we’d gotten like, a second of “I was at the — dramatic pause — EATON CENTRE TODAY!” moment, which, in my head would’ve for sure turned into a Taylor Swift equivalent to Oprah’s favourite things.

– She gave a speech about being happy and not caring what people think which is wonderful but it was also as long as: Cady’s prom speech in Mean Girls, Jodie Foster’s Golden Globes speech, the GOP debate, the Democratic debate, an SNL monologue that needs to hurry it up a bit, this review, the guitar solo at the end of “Layla.”

– She can sing and seriously, you guys? I’m not fucking around here: she can.

– She has a runway that lifts up and spins around and I couldn’t look at it happening because I have a paralyzing fear of heights and honestly started feeling sick and dizzy and laughing maniacally as per my nerves tend to dictate.

– This video is very accurate:

– I think she performed a curse on the Blue Jays by saying their name on a loop and remixing it, which honestly scares me because we’ve all got a lot riding on the Series, including like, maybe our cars and houses.

So yes, it was truly a show that I attended and had fun with my friends at, but truthfully none of that matters compared to what I thought was going to happen a.k.a. thought that Drake was going to show up. I mean, it makes sense, right? It’s a Saturday night, he is the the 6ix God, the show was in the 6ix, and I like typing 6ix. Like, here’s everyone who could’ve showed up:

– Keith Urban again, I guess (he showed up Friday)

– The guy from the “Why you always lyin'” video

– The Sorting Hat from Harry Potter

– Anyone you’ve ever seen in a movie or TV show and thought/said, “Oh, I know that guy who is that guy”

– Me and my friends

– Barry Gibb, both the singer and my cat who shares his name

– Aubrey Graham telling everybody to please, “Just call me Aubs”

Here is who did show up:

And look, it’s fine! She sang “Boom! Clap!” and that’s a great tune, and I smiled the whole time I kept whispering “Drake” to myself like I was trying to evoke his spirit. It’s cool! Really. Honestly? It’s fine. Let’s just drop it. It was a cool addition, and I’m not sure if I’ll ever emotionally recover, but hey: IT’S A GREAT SONG, SO PLEASE LET’S JUST DROP IT.

So I mean, that was that! The show ended, there was no encore because this isn’t the Mod Club, we all nodded at each other approvingly, and I forced my friends to go down to the first floor because I wanted a program since I love me a great paper souvenir. The upside? We now know what it felt like in every Titanic scene when Jack, Rose, and even Cal were like salmons swimming upstream. (“I have a child!”) The down? They did not have any programs left, but that’s fine because we spent an hour trying to get out of the parking lot, which gave us enough memories of this #blessed Saturday night.

Also, I neary ran out of gas, but I blame that 100% on Nuit Blanche (and which I took out on the cabbie who almost cut me off/hit my car until I looked at him, pointed, and yelled, “NO!” which effectively scarred him for life but made me feel very powerful.)

SHAKE IT OFF, EVERYONE. 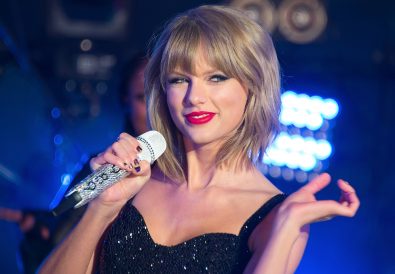 Taylor Swift is OVER IT, Apple 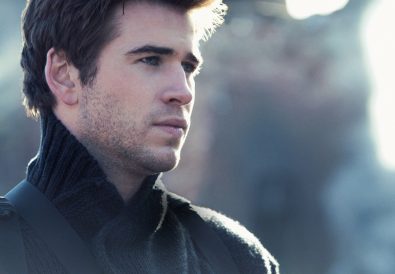