Phew. The holidays are over and we’re all back to normal schedules. Finally our favourite TV shows are catching up. After a few weeks off, we can jump right back in with our favourite well-aged vampires.

We begin with a tale of casket girls, told through a flashback to 1751. Casket girls, young women brought from France to marry proper Louisiana men, are a real tale in New Orleans. They were said to have traveled with luggage boxes that looked like coffins, and therefore proliferated the stories about vampires. They were also often quite pale after having spent a long journey on a ship, many of them seasick or kept below deck away from sunlight.

In The Originals version, Rebekkah is the real threat, although she tells Marcel the present-day casket girls festival “may as well be in my honour.” Even Hayley wants to participate, trying on a dress and talking to Elijah about attending the festival, although she forgoes it.

Back to where we left off before the holidays, Davina is still trying to break off Klaus’s compulsion on Cami while the boys try to figure out where she’s gone.

When Sophie and her witch friends hear that Davina’s not with Marcel, though, they realize they can practice magic without him knowing. They immediately do a locator spell on baby witch. Cami, bless her, gets right behind her new friend who has helped her see the truth and says they need to run. The witches find Davina before she can get away, but her magic is powerful enough to stop the fourof them who come after her (shouldn’t they have known that? Been prepared for that? Silly witches).

Meanwhile, Sophie wants Hayley to help her complete the harvest ritual. In return, Sophie will undo the curse on Hayley’s family (who are trapped in wolf form indefinitely).We know this is the one thing that will convince Hayley since she’s desperate to know her family. To help, “all” she needs to do is find out where Elijah buried Celeste, the very powerful witch with whom he was in a relationship in the 1800s and whom he buried in a specific secret location. Hayley easily finds the clues in Elijah’s journal and passes them along to Sophie without a second thought.

Upon her escape, Davina tells Josh she’s never been stronger, and she’s right – she puts Klaus, Marcel and Elijah on the ground in seconds, all of them. As she makes Elijah choke on blood, we’re treated to one of the most graphic scenes in the series yet. Gross!

But then Rebekkah steps in, wanting to make allies with all the girls. She appears to be taking matters into her own hands. It seems a little curious that she’s so buddy-buddy with Davina all of a sudden. “Seems to me you’re the one holding all the cards but you don’t know who to trust. I’ve just proven that you can trust me,” she says.

She also exposes Marcel’s dark side to Davina, saying “you need to know what you’re dealing with.” Then her motives are revealed: she wants payback on Klaus and Marcel.

Then bam! Davina’s taken a big swig of poisoned water (care of Klaus). She ends up recovering, but her boytoy Tim who Klaus had used and abused to help lure in little witch does not. It doesn’t seem like Josh is heartbroken over this, swooning teenage boy that he is.

Next we see Rebekkah carrying Davina back into the vampire home. She hands her over to Marcel, exhausted and upset. He says he’ll take care of her, like she’s a little china doll, even though she just brought him down handily.

“It is said that this is a man’s world, and sometimes it is,” starts Rebekkah’s closing monologue. “For every casket girl that was saved, countless were not. But women are more resilient than given credit for. And some women, well, let’s just say their oppressors had better watch out.”

Cue Cami talking to Klaus, threatening to expose him to the world.

But Rebekkah has bigger plans, it seems. As she feeds Thierry blood (still locked in his stone cell where Marcel put him to starve and desiccate), she tells him she’s tired of being oppressed and she wants him to help her take New Orleans right out from under Klaus and Marcel. She says she has someone on the inside… meaning Davina.

And just like that, we have a new alliance and a new team on the move.

Finally, Hayley sees Elijah examining a collection of Davina’s art, the pieces Marcel said were “evil.” He wonders if they represent some kind of premonition – someone’s coming. He rearranges them and starts to form a face: Celeste. Simultaneously, we see Sophie digging up the old witch’s grave. Hayley just helped her find the spot where she was buried and she’s instantly worried, based on Elijah’s reaction. 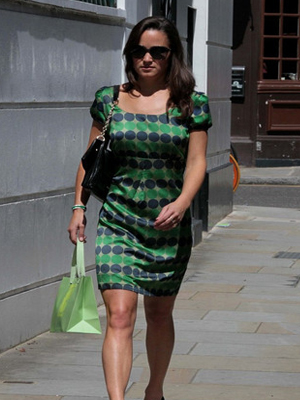 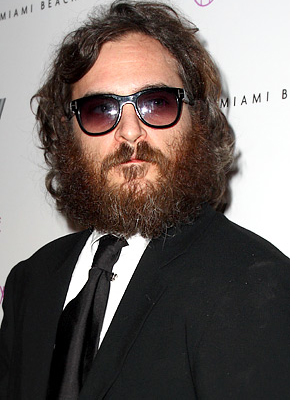