Jennifer Lopez Is The Most Powerful Star 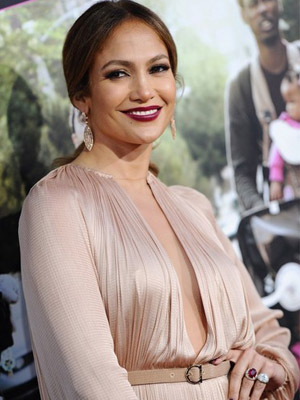 The annual Forbes list is out, and the industry’s finest (and most famous) has been ranked according to money, influence and general power. Last year, Lady Gaga topped the Forbes Celebrity Power List, but this year she’s been replaced: by Jennifer Lopez.

According to Forbes, on top of singing, Jennifer Lopez has apparently earned headlines, landed lucrative deals (her Kohl’s clothing line comes to mind) and starred on one of the most talked-about seasons of American Idol. Add her high-profile divorce from Marc Anthony into the mix, and we’ve got ourselves some Celebrity Power.

And Jennifer Lopez knows how to stay in the headlines. News broke yesterday that the American Idol judge may be leaving the show, because according to E!, she is “just too busy.” She also recently hinted at her departure on Ellen, so if you’ve been following the media appearances of Jennifer Lopez, this won’t exactly come as a surprise.

“Now this is my second year,” she had said. “I don’t know if I can go for a third year. I miss doing other things. It really does lock you down, which was nice the first year with the babies being three, but now they’re getting mobile . . . I just don’t know.”

Seems like Forbes Hottest Celebrity is gearing up to make her exit.