How Much Money Does Kate Moss Make?

Listen, it might sound petty or weird that we care, but we do: how much does Kate Moss make?

I mean, we're allowed to wonder — the veteran fashion force has been making it happen for nearly two decades, so it goes without saying that we have a few questions. Especially after British writer Caitlin Moran showed up to Moss' mansion by mistake in the spring, believing it to be the home of Benedict Cumberbatch. (Who lived in the cottage next door.)

So when Vogue posted Moss' earnings, we looked. We did, don't blame us, you would too. And now you can! Evidently, the model's earnings tripled last year, totalling 11.72 million pounds — again, in a year's time.

Of course, this is to be expected (I guess, kind of), considering Moss fronted campaigns for Mango, rag & bone, Salvatore Ferragamo, and Dior Addict, as well as launching a lipstick line for Rimmel, starring in a George Michael video, and appearing in the Olympic opening ceremonies. And that was just in 2012 — in 2013, she's appeared in campaigns for Versace to Matchless, launched her own book, and an accessories line for Carphone Warehouse.

However, extreme riches aside, in all fairness, Moss has worked consistently for nearly 20 years, and within that time has also managed to come back after the cocaine scandal of 2005, and is also a hard-working mom. The modelling industry's no easy feat, the fashion industry's no easy feat, and if you can take modelling and turn it into a business like Kate Moss has done, hey — you earn all the money you can.

Just feel free to give me some and/or any. 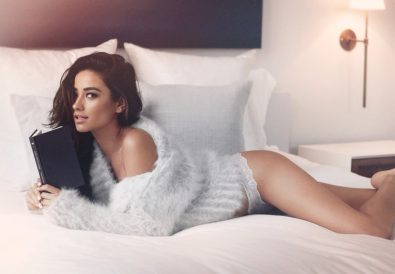 J.K. Rowling Announces New Films Based on the Wizarding World