Search engine, email empire, godlike internet mystique, fashion presence. Yes, in another attempt to take over the world, Google has just announced plans to launch Boutiques.com – a search engine-type site that allows users to save items, brands and looks in their own personalized shop, thus officially putting Gmail’s “priority” setting to shame.

But it’s not just a search engine. The likes of Sarah Jessica Parker and Katie Holmes have been approached to set up their own shops, and designers Oscar de la Renta, Tory Burch, Cynthia Rowley and Marchesa (to name a few) have agreed to set up unique virtual stores – just in time for the Christmas and/or Black Friday season. (Does anyone else feel like about to being playing the best version of Sims ever? Here’s hoping the “buy mode” music still exists.)

With the site set to launch tomorrow, Google has gone and beyond its typical “here are your results” structure, with a live data feed from its partners allowing pictures to appear that makes the site look much more boutique-y than search engine-esque. And if anyone can capitalize on the world of online shopping, I think we all know it’s Google.

So with one more sleep left before you can creep the virtual closets of celebrities and stores of fashion designers, here’s hoping you get enough work done today to warrant spending Wednesday Googling fashion. 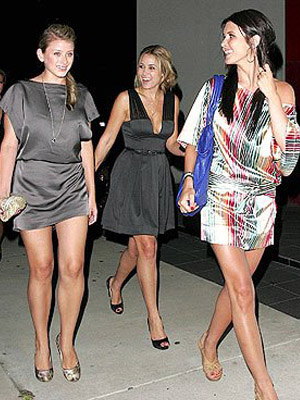