What You May Not Know About Safe Sex 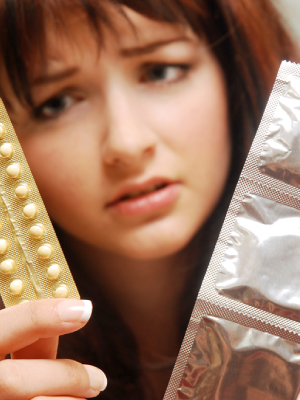 Think you’ve got sex education pretty much down? Unfortunately, STI rates are still soaring, and it’s not just sex-crazed teens who are to blame.

It could be time for a smart sex refresher course “ the next time you plan on hitting the sheets, keep these stats in mind:

1. A Statistics Canada survey late last year found that single adults are less likely to use condoms than teens, and that condom use continues to drop with age. Researchers found that adults were more likely to think they were safe because they were in monogamous relationships “ but that’s not protection in itself if you and your partner haven’t both been tested. And just because you have a reliable contraceptive method doesn’t mean you don’t have to worry about STIs.

2. The herpes virus is a lot more common than you think. Estimates in the U.S. hold that one in five adults have genital herpes and a whopping 80 percent have oral herpes (which can sometimes be transferred to the genitals through oral sex). And the majority of these people will never even know it, partly because some people never have an outbreak. The bottom line: it’s not something that only promiscuous people get, and just because your partner isn’t showing symptoms, doesn’t mean he can’t spread it to you. So if your partner hasn’t been tested, use a condom (although it doesn’t protect from herpes completely, it does reduce the risk of transmission by about 30 percent).

3. HPV (or human papillomavirus) is also extremely common (it’s estimated that about 80 percent of women get it at some point). Although you may never exhibit symptoms, it’s linked to cervical cancer, so remember to get checked out regularly.

4. Chlamydia is one of the fastest growing STIs out there and also one of the sneakiest, because it often displays no symptoms. Make sure to ask your doc specifically for a chlamydia test (with many standard STI tests, it can be misdiagnosed as gonorrhea and you won’t be treated properly). If you test positive, it’s easily wiped out with a dose of antibiotics. If left untreated, it can cause infertility in both men and women.

5. Remind your partner to use a condom that fits him properly (or keep a variety of sizes on hand yourself). A recent U.S. study found that ill-fitting condoms more than doubled the chances of a condom breaking or slipping off during sex. Plus, men themselves were more likely to get rid of the condom mid-session if it fit poorly. Used correctly, condoms provide 98 percent protection from STIs and pregnancy, so make sure not to let your man’s ego get in the way of that.

6. STIs don’t just come from intercourse. Both herpes and HPV can be spread through oral sex.

What Your Drunk Food Says About You

Pitfalls of a Drop-Out 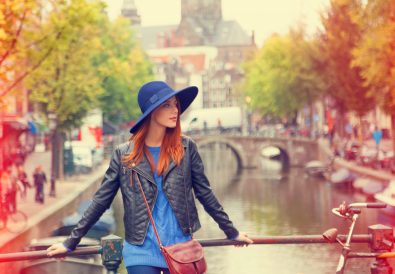