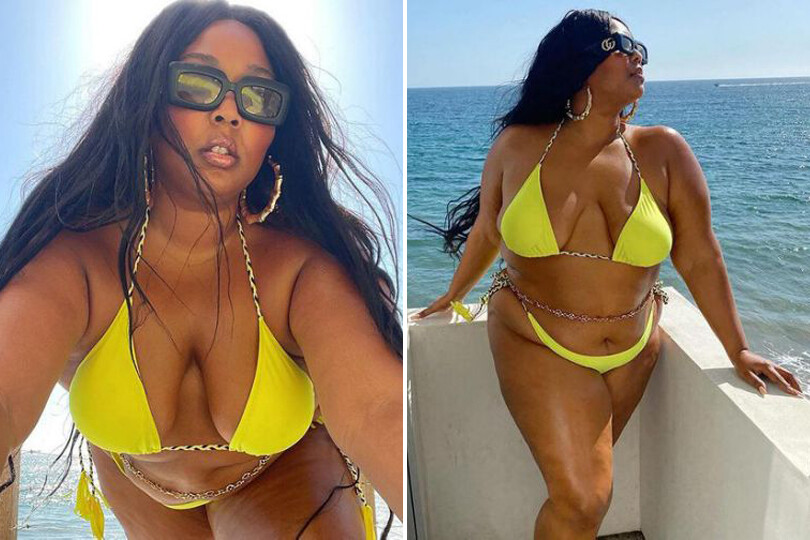 Lizzo’s open casting call for plus size models and dancers might change how many plus size bodies we will see in mainstream media, but with more representation, we need to talk about the standards we hold plus size celebrities to…

Last week, musician, social media star, and the queen of my heart Lizzo announced she was searching for plus size models and dancers for a new reality competition show. The ad “Calling all Big Grrrls”, promises an opportunity to feature people (and bodies) that have been underappreciated and underrepresented for too long by mainstream media. The show, which will eventually be streamed on Amazon Prime, is unlike anything we’ve seen, and a huge step towards seeing more diverse bodies in entertainment, and fashion. But it also gives us an opportunity to talk about the weird unspoken standards we hold plus size celebrities to. Especially when they start to publicly talk about anything diet/exercise related.

Representation matters. Everybody deserves to see themselves reflected in the media they absorb all day. I didn’t see anybody with a body like mine on the cover of a magazine until Tess Holliday was featured in Cosmo UK in 2018. I was 24. The first time I saw someone who looked like me performing on a stage in something other than a shapeless sack was when I first saw Lizzo singing “Truth Hurts”. She was wearing the exact same clothes you would see any other straight sized pop star in, dancing on stage, with so much confidence it radiated out of her and ran through the soul of every girl who had ever been afraid to take their t-shirt off at the pool. Her music makes you feel sexy, powerful, and ready to conquer anything. It finally felt like plus size girls finally had somebody who not only looked like them in the spotlight and walking red carpets in the same designer dresses all the other girls were wearing, but who was also producing material that validated their bodies instead of making it the punchline of a self-deprecating joke. Lizzo preaches body positivity, and always showing yourself love, as well as being kind to others. But when she started sharing plant-based recipes, and workout routines on her social media accounts, her fans were doing the exact opposite. Perhaps the most disappointing part, was that a lot of the criticism came from her plus size fans.

When she started sharing her workout routines, vegan recipes, and juice cleanses in 2020, fans that had felt like they were finally being seen felt that she was turning her back on them. This is of course absurd, and not true. But as a plus size fan, I have to admit I did feel a little weird when I clicked on to Lizzo’s Instagram stories, which are usually filled with videos of her dancing, to see her talking about the juice cleanse she was halfway through. I quickly reminded myself that what Lizzo does with her body was her business and went on with my day. In a few hours later social media had erupted with all sorts of comments, a lot of them voicing their disappointment that “someone like Lizzo was promoting doing a juice cleanse”. “How could she? I thought she was one of us!”.

It has taken so long to see plus size bodies represented in mainstream media in a positive light.  I think seeing Lizzo, who has one of the loudest voices speaking about self-love, and body positivity, doing something they associated with things we’ve been taught is related to diet culture struck a weird chord with us. Kind of like she was leaving her “Big Grrrls” behind. The same thing sort of happened when Adele debuted her weight loss in 2019, as well as Rebel Wilson, and Melissa McCarthy. When people who haven’t been able to see themselves in mainstream media finally have someone to look up to, they want to hold onto it. They kind of take this weird “they’re one of us” claim on this person, and when they lose enough weight that they’re not “plus size” anymore, it feels like we’ve lost that representation. We hold plus size celebrities to unspoken standards regarding anything having to do with weight, diet and exercise. The toxicity of diet culture constantly being fed to us is something a lot of us have been dealing with every day since we were pre-teens and seeing someone who is so vocal about celebrating their bodies just the way it is suddenly start doing things we’ve been told to do to for years, that we’re working hard to ignore can be a little jarring.

But the truth is, taking care of your body, and body positivity are not mutually exclusive. Commenting on the way another person chooses to fuel it, or move it, is their business. Being disappointed that someone has decided to eat more vegetables because it doesn’t align with your personal journey is certainly not what it means to be part of the body positivity community. Lizzo has explained multiple times on social media that she isn’t trying to fit into any “ideal” standard, but to do things that make her feel good. She should never have to explain herself or apologize for making those choices. Lizzo doesn’t owe us fatness. It’s fantastic that so many people see themselves reflected in her, but what she eats, and how she moves is not up to us.

Seeing more body diversity in mainstream media is a big step towards mainstream body acceptance. Lizzo’s Big Grrrl model and dancer search is taking a giant leap to make sure we do see more plus size bodies on stages all over the world, and people are already sharing their excitement to enter, and to see more body diversity represented globally. The more we normalize seeing different bodies in mainstream media, the less weight the handful of those with diverse bodies in the spotlight will have to carry for all of us. This show will hopefully change the way plus sized bodies are being perceived in mainstream media. And we will have Lizzo to thank for that.