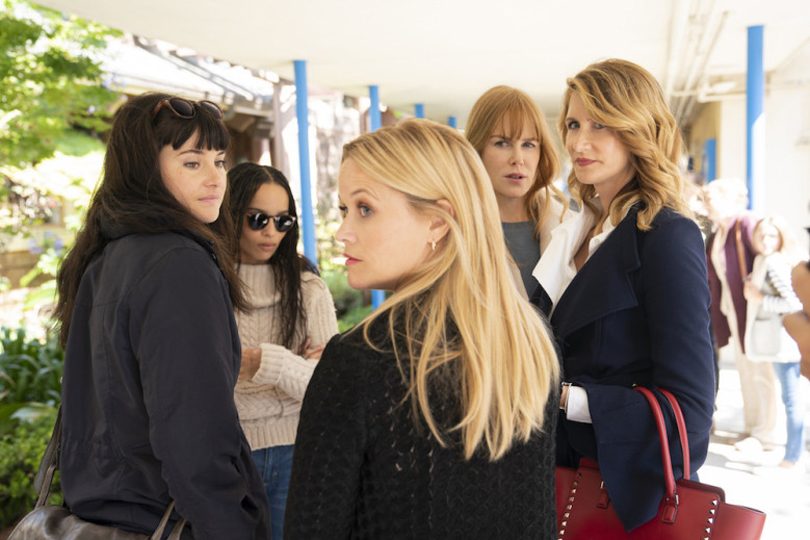 There are few perfect scenes like the last one we get in the season finale of Big Little Lies.

Now obviously, because I’m not a raging sociopath, I won’t ruin it for you if you haven’t gotten there yet. But I will say that it perfectly and beautifully ties up a season that’s as heart-wrenching as it is suspenseful, and leaves you sitting silently for several minutes afterwards, forced to do nothing but watch it again (and cry). It is flawless, it is moving, it is something I still think about all the time. Which is why I’m so nervous about the approach of Big Little Lies’ second season, premiering this weekend.

I’m one of those freaks who can’t just watch television anymore. My favourite shows I hold close and cradle them, studying the writing and the acting while combing through dialogue for hidden meanings. I get nervous before watching any episode of a show I’m completely obsessed with, worried (maybe in the same way you get nervous before a date) that after being charmed so successfully, I’m about to find the fatal flaw that means our romance is doomed. I read spoilers religiously and drop off before my beloved series can really hurt me. The TV I watch to relax now has been whittled down to reality and reruns, particularly because I tend to be careful with my heart and something staged, ridiculous, or something I’ve memorized will keep it cradled in its tiny nest, away from plot twists that seem cruel or unnecessary.

But that’s also par for the course. TV doesn’t exist for me exclusively, nor does it exist for a fanbase that’s willing to sign a petition to request a remake because they didn’t love a series’ ending. Television, like any art, is ultimately the outcome of a creative process that exists between writers and directors and actors and a crew, and for as involved as we may feel, we are absolutely not. Which is how it should be. I hate choose-your-own-ending books, so why would I want to puppet-master somebody else’s story? It’s not my place, regardless of how much I may think about it or want to talk about it or cite it in every conversation I have for roughly six-to-eight months.

Which is why Big Little Lies’ second season makes me especially nervous. I’m not in control of a story I’ve never heard before, I can’t micromanage character arcs or the way I want Reese Witherspoon and Meryl Streep to interact. (And I never could, but the book assured a certain level of predictability.) As of this writing, the embargo’s been lifted and glowing reviews have begun streaming in, and while I want to trust fall into the promise that everyone does a super-great job because they’re super-great actors, my fear of heartbreak keeps me peering around the corner to ensure everything’s safe before I fully commit.

But that’s a problem. As an adult human who knows how television works, it’s time for me to revel in the fact that someone else’s art is not for me to control or have any stake in. My feelings as a fan have no bearing on another person’s creative process, and they shouldn’t: if I don’t like what I’m watching, I get to turn it off and make another choice. And while I can (and will) still micro-analyze my most beloved series (and then write about them), I’m also allowed just to watch Meryl and friends navigate the ins and outs of Monterey. Not everything has to be a Masters thesis. Sometimes a TV show can just be something you watch.

And admittedly, I’m still wrapping my head around that. Why? Because I’m not normal and clearly need to feel like I’m in control of literally everything. I would love to have a guarantee that I will love the newest instalment of Big Little Lies. It would bring me joy to hear that this season eclipses that magnificent ending, or that the story is somehow better.

But too bad, me. I did not write Big Little Lies, so I will sit and watch it and either cheer it on or drop off if I feel like it’s not really doing anything for me. I love that it’s being hyped, I love that I’m hearing how good it is, but I love even more removing my own expectations from something I have nothing to do with. At least this time.

Because I swear if The Good Place goes off the rails, I will instigate a riot.