Last night… on RuPaul’s Drag Race All Stars 3: Like M. Night Shyamalan in a maxi dress, we expected a twist, but not this kind of twist! All five eliminated queens returned for a girl-band-off versus the top five, with one of the current queens sashaying away, and one of the eliminated queens making a permanent return.

But first, it was an airing of grievances for the Drag Race herstory books as the eliminated queens expressed how they felt about their truncated All Stars stays (spoiler: not good). Kennedy shed a tear telling Milk she was as fake as Shangela’s padded ass, causing Milk to weep like Celine Dion on Oprah. Aja put Bebe on blast for not disclosing that she helped her with her winning outfit. And Morgan was ready to take off her earrings over BenDeLaCreme’s “hypocrisy” in eliminating her.

THE. ABSOLUTE. WORST. (her list, not her sickening performance.) @bendelacreme #AllStars3 pic.twitter.com/7q7bFXUF2v

On the runway, The Eliminated Queens performed the uber-femme pop track “Sitting On A Secret” while The Top Five All-Stars performed the minor-key anthem “Drag Up Your Life.” BenDeLaCreme channeled the angst from her tussle with Morgan into a Wednesday Adams/Lydia Deetz Goth performance that won raves from the judges, even though her Dark Julie Andrews outfit was a modified version of her look from episode two.

Could Miss DeLa’s uncharacteristic lack of imagination have been foreshadowing? Do the Spice Girls have a gay following? Ben and Bebe were crowned the top two, and after a deeply committed Lipsync For Your Legacy to Deborah Cox’s “Nobody’s Supposed To Be Here” (Hex Hector remix OF COURSE), Ben emerged victorious.

In the gay gasp heard round the world, Ben not only chose Morgan to stay (Morgan thanked her by hugging her and saying “I don’t like emotion”) but Ben then revealed, “This is the easiest choice I have had to make this entire season–I’m going home,” and revealed a lipstick that had “DeLa” scrawled in Wite-Out on it. As Michelle Visage fixed RuPaul with a look best described as WTF-realness, RuPaul admitted, “I don’t know how to take this,” before proclaiming, “as it is written so it shall be done.”

Now THAT’s the gag of the season. #AllStars3 pic.twitter.com/Inncd2qlvx

With frontrunner BenDeLaCreme exiting stage left with nary a Handmaid in sight, the competition is now anyone’s race but Morgan’s. While we await the fate of Shangela, Kennedy, Trixie, and apparently Morgan?, let us crown the other queens of the night.

The Hannibal Lecter Memorial Award For Psychologically Crushing Shade: Morgan McMichaels
Can we get a slow clap going for Morgan McMichaels, who not only traumatized BenDeLaCreme so deeply that she made the theme of her Kitty Girls character “depression,” but actually got herself voted back onto the show while simultaneously inspiring her chief rival to leave Drag Race forever?

Most On Message: Baby Spice
Should the legacy of the Spice Girls ever dim, we can’t blame it on Baby Spice (Posh, maybe). Guest Judge Emma Bunton taught a master class in self-promotion by filtering everything through her Spice Lens. By the end of the judging, we learned that Baby had broken her ankle in wedge sneakers just like BenDeLaCreme’s, Trixie’s nerd-girl baby-doll dress was “straight out of Baby Spice’s wardrobe,” and Shangela had a standing invitation to join the Spice Girls at any time. Is Halleloo a Spice?

Definitely Not The Most Disin-genuine: Milk
Milk denied being “disin-genuine,” which is so true, because that is not a word.

Distinguished Fellowship For Accelerating The Signs of Aging: Thorgy
In the four weeks since Thorgy has been off the show, she managed to age like, what? Twenty years? Is her beauty guru Melissandre from Game of Thrones?

Most Improved: Shangela’s Butt
Michelle Visage praised Shangela’s new padding, which she described as, “Very womana!,” ushering in a new era where women and men alike can skip SoulCycle and just splurge on foam at Michael’s.

Next week on RuPaul’s Drag Race?: The queens are cast in the comedy spoof My Best Squirrelfriend’s Dragsmaids Wedding Trip, with hot tips courtesy Glee star Chris Colfer, Garcelle Beauvais (don’t even worry about who that is), and former U.S. speaker of the house Nancy Pelosi, who apparently, like the rest of us, is just riding this all out until 2020.

Will Morgan prove us wrong and emerge as Drag Race’s hidden treasure, much like when the world rediscovered all those terrible buried E.T. Atari games? Will Nancy Pelosi give us the “yes qween” moment we so richly deserve with a perfectly executed Trump burn? And will Wite-Out become a banned substance on the Drag Race set?

Find out on RuPaul’s Drag Race All Stars 3, episode 7, which airs Thursday at 8 PM E/P on OUTtv.

How Dare You, Back to School 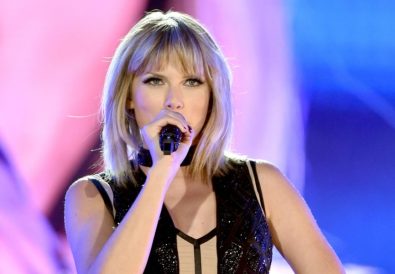 What We Can Learn From Taylor Swift’s Assault Trial