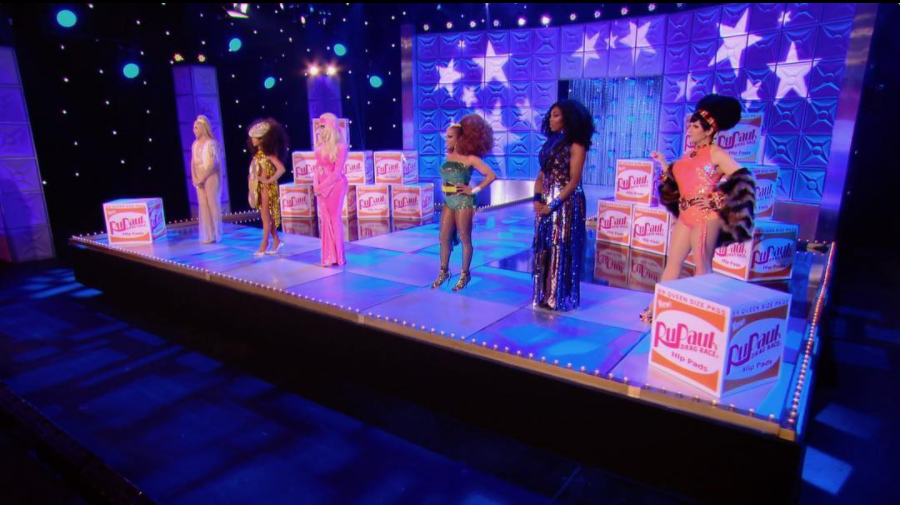 Last night… on RuPaul’s Drag Race All Stars 3: At Studio 54’s glitter-strewn heights, RuPaul was still a baby teen queen in Atlanta. Now as Queen Mother Ru, he asked the queens to recreate the metallic magic of the era, and the results were less Margaret Trudeau and more last-call at the Halloween store.

In the Mini challenge, a Warhol-wigged Ru asked the queens to pose for Polaroids that would be Warhol-fied into pop art. Aja won and was rewarded with a year’s worth of hamburgers.

The Maxi challenge found the queens creating soup can dresses that represented their personal brand. There was much concern that Bebe opted to create a soup for when you are sick called, Achoo. But after the queens paraded their finished posters glued into circles gowns down the runway, we were wondering where we might be able to purchase some Achoo. Let’s face it, Aja’s “Sugar Tits,” Shangela’s “Halleloops,” and Trixie’s “Pop/Abysmal” were no Hot and Sour.

When it came to the Disco Queen looks, let’s just say Bob Mackie’s legacy was not overshadowed. Shangela looked particularly janky in gold tinsel with a vinyl record made out of what looked like cardboard for a hat. What, you can’t afford the quarter for a copy of Belinda Carlisle’s Heaven On Earth?

It was rough enough to land Shangela in the bottom two alongside Aja, who was doing a Cher-inspired take on Montreal’s France Joli, whose name she mispronounced, causing Ru to pop a tuck. The crowning shame was her Brigitte Bardot hairstyle, which Ru declared a relic of the ’60s, not the ’70s.

Bebe’s totally-not-mediocre collection of black, blue, and silver metallic straps was enough to place her in the top two, alongside Trixie, who guest judge, Pretty Little Liars star Shay Mitchell, declared Disco Barbie. The second that Diana Ross’s “The Boss” started playing in Lipsync For Your Legacy, the fix was in: Bebe was going to win and send Aja home. But home, of course, is into a Handmaid’s Tale robe, because the conclusion proclaimed The Day of Reckoning had arrived, with three mystery handmaids given a chance to get their “revenge” (a.k.a. Thorgy with a pad of shady notes).

Those may be the show’s tops and bottoms, but shouldn’t the versatile receive awards as well? Let’s salute and shade the night’s other notable moments.

Best Dressed For A Not-Studio 54 Challenge: Aja
She may have only been wearing a vest and sheer fabric over bikini bottoms for an ensemble that “Liza would die for,” but Aja’s look was declared the most beautiful by both Trixie and Bebe. And so it was only appropriate that she was…kicked off the show forever? (She’s coming back, right?)

Best Dressed If You’re Talking To Shangela: Trixie Mattel in a nude bodysuit with boobs
It’s hard to make a case that you don’t deserve to be eliminated when you look like you passed out on New Year’s Eve and just emerged from the decorations as Shangela did. As Trixie and Shangela had their heart-to-heart over Shangela Stormborn’s potential elimination, Trixie outshone Shangela’s runway look in nothing but her bra and padded curves.

Most Ready For The Valley of The Dolls Challenge: BenDeLaCreme
After winning four straight challenges, Ms. Crème’s lack of energy this week disappointed the judges. But was her bathing-suit-with-a-stole look really just exhaustion? “I don’t want to be on the judging panel, I want to be one of the girls,” she told Kennedy.

Best Reason To Just Go Ahead And Contribute To Your RRSP: Trixie Mattel
So, about those tucks: optional? “There’s not enough money in the world for me to put tape on my dick,” Trixie revealed.

Best Use Of A Giant Swath of Fabric to Hypnotize Titus Burgess: Kennedy Davenport
Despite just chopping off a huge length of fabric and dangling it over her arm, Kennedy mesmerized guest judge Titus Burgess of The Unbreakable Kimmy Schmidt, who declared her “regal like a superhero and ’70s all at the same time.” Superheroes do traditionally wear their capes on their backs, but okay!

Next week on RuPaul’s Drag Race All Stars?: The big secret is Ruvealed as RuPaul threatens to audition some new queens, with guest judges Emma “Baby Spice” Bunton(!) and esteemed gay Adam Lambert. Will the big twist deliver Atwood-ian social commentary or will it just be Alaska saying “hieee!”? Will Shangela still get free gay bar drinks for life from Trixie now that she has graced the bottom two? Will France Joli enjoy a renaissance or, at the very least, a High Middle Ages?

Find out on RuPaul’s Drag Race All Stars 3, episode 6, which airs Thursday at 8 PM E/P on OUTtv. 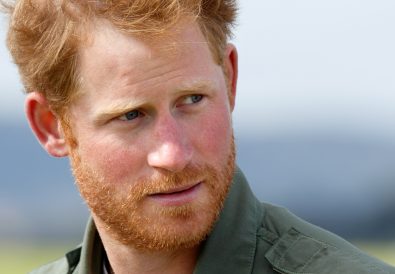 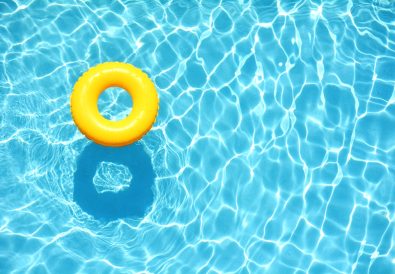 It’s The First Day of Summer (and I Hate It)! 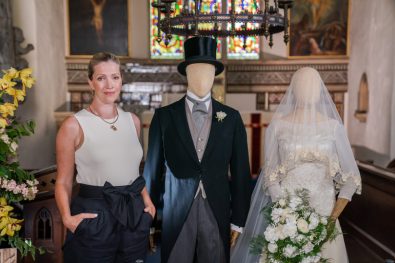