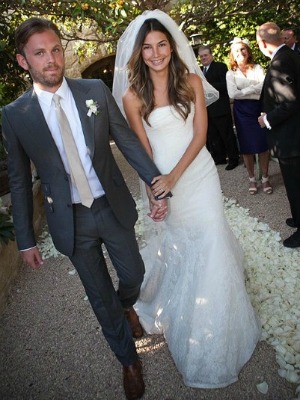 Victoria’s Secret model Lily Aldridge and Kings of Leon frontman Caleb Followill got married on May 12th at the San Ysidro Ranch in California. The ceremony was a small, intimate one with only close friends, family and Caleb’s Kings of Leon bandmates in attendance.

“It was the perfect day,” Caleb said after the ceremony.

Of their close friends and family, a few stars were on hand to watch Caleb and Lily exchange vows. Chris Martin and Gwyneth Paltrow, Hilary Duff, and fellow model, Allesandra Ambrosio were all present at the ceremony.

The 25-year-old Victoria’s Secret model was dressed in a Vera Wang gown that was a simple strapless wtih a lace overlay on the bottom half. Caleb, 29, wore a grey suit from Gucci and looked very handsome if I do say so myself.

No one was quite sure when the actual nuptials would go down since this couple tried to keep their plans quiet. But Lily did give a little hint last month after she posed with her wedding day underwear that said “Just Married” across the back.

But this might not be the only wedding this couple has. Lily says she always wanted a big wedding and rumour has it that she and Caleb might just be planning a more extravagant party with perhaps a few more of their celebrity and model friends.

“It’s going to be a very small wedding and then a big party,” said Nathan Followill, Caleb’s brother, best man and bandmate. “I think there are only like maybe 25 people or so going to the wedding, but a lot of people will be at the party.”

The couple met back in 2007 at the Coachella music festival, which is apparently the new hotspot for celebs to meet their future spouses, because this story sounds oddly familar. 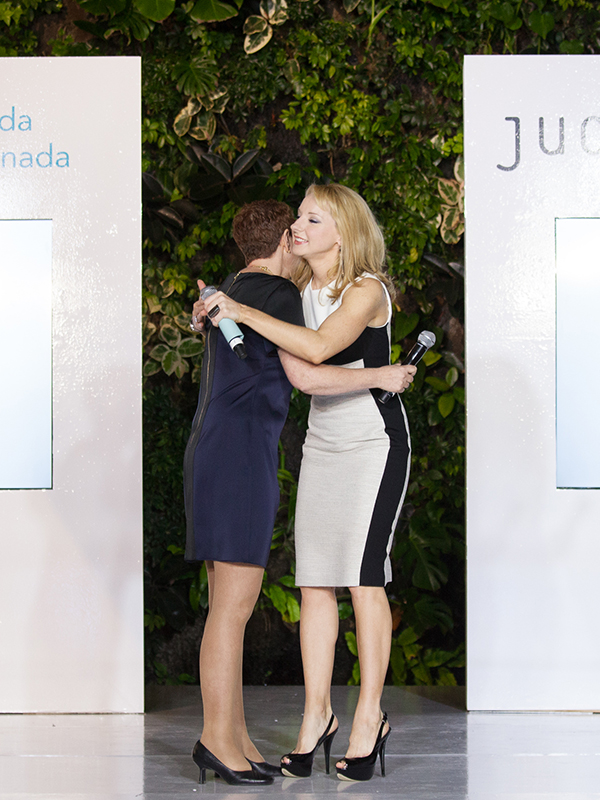 Christina Hendricks stands by her dress