Another awards show and another night of fantastic fashion. Last night’s Screen Actor’s Guild Awards brought out the best in television and movie actors who did not disappoint on the red carpet. There’s nothing quite like the fashion we see during awards season. Here are my top 5 picks from last night’s glitz and glamour.

Lea Michele has been one of my red carpet favorites. She is always wearing gorgeous gowns that wouldn’t look quite right anywhere else but on the red carpet, and her hair and make-up is always flawless. Last night was no different. Her Oscar de la Renta blush crepe de chine caviar bead embroidered gown was absolutely stunning. The plunge neck-line, the form-fitting, the gold belt, her exquisite skin — Lea looked hotter than ever. Lea topped off her look with jewelry from Tiffany’s. 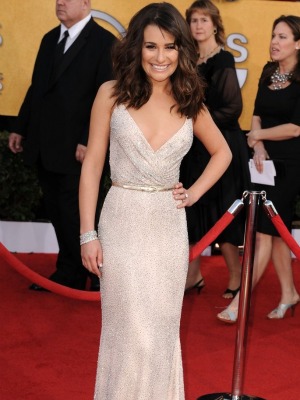 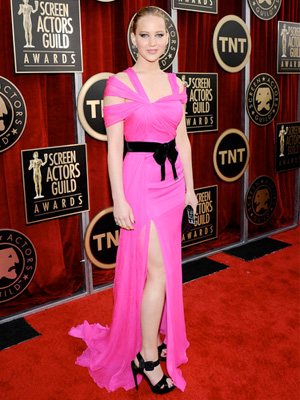 3. The Men of The Social Network — Justin Timberlake and Andrew Garfield

It wasn’t just the ladies who were impressing photogs and fashionistas on the red carpet at the SAG Awards last night. The men brought their A-Game and on the top of that list is none other than two of the stars of The Social Network. Justin Timberlake (who turns 30 today!) donned a 2-button peak lapel tuxedo from Simon Purr, while Andrew Garfield wore a navy-blue suit from Burberry. Both looked handsome and ready for acceptance speeches. 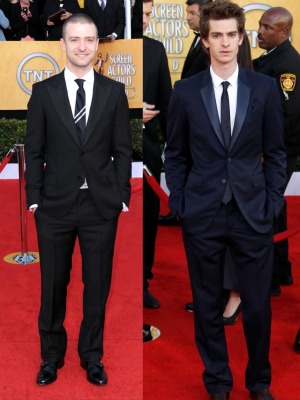 It seems the Mad Men stars are bringing their on-screen fashion sense to real life lately, and Christina Hendricks is no exception. To put it simply, she looked hot in her L’wren Scott dress. The v-neck, the belt, the thigh-high slit — she showed off her curves and threw the red carpet for a curve ball in a unique gown that glistened. 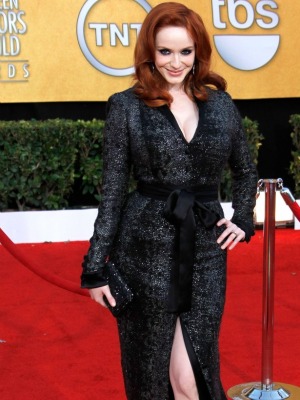 After starring in Black Swan, Mila Kunis has been working the red carpet like no-one’s business! She went with a red Alexander McQueen Resort 2011 strapless chiffon gown that had her standing out on the red carpet. From the bold colour, to the way it moved, Mila’s dress was the one that no one could miss. It was a daring move on her part, a unique choice for such an event, but a choice that definitely worked out in her favour. 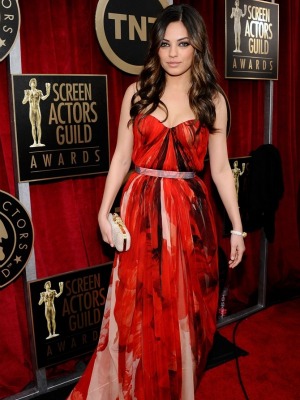 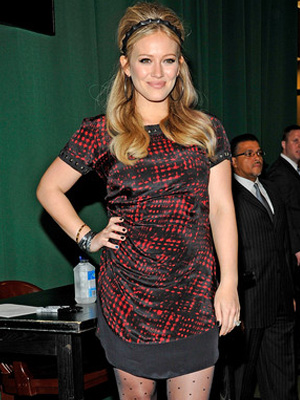 Hilary Duff Reveals the Sex of Her Baby 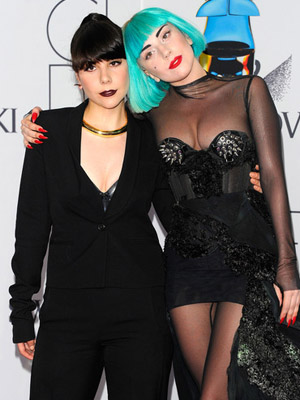 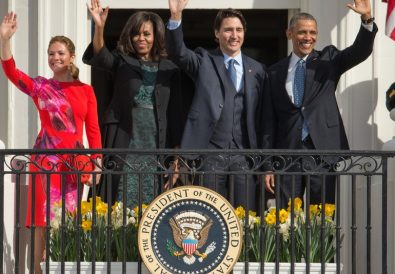