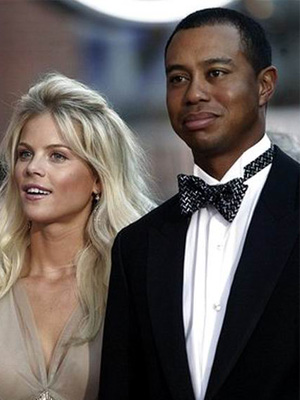 Just when we thought the cat was out of the bag (ha!), more skeletons (in the form of sleazy women) have come out of Tiger Woods’ closet, bringing the mistress count up to 13 or so.

Alleged text messages, drug-fuelled hook-ups, emails and the notion of a sham marriage have come to the forefront, knocking Woods off his golden boy pedestal and leaving the general public both shocked and appalled. Well, if you’re a decent human being.

Tigergate has spawned a great debate among onlookers, with arguments ranging from he’s a horrible person to now he’s human “ so we like him more. Some are using his behaviour to justify their own, while others are assembling judges and juries.

In the end, it’s really quite simple. (Well, no, not entirely “ but I’ll sum it up because I can.) What’s happening is an incredibly unfortunate situation that has left a family torn apart, a woman betrayed (this is sounding more and more like a movie trailer “ I’ll tone it down) and a former media darling exposed as a complete and utter fool.

Regardless, our attention “ and I’m aware I’m perpetuating it now “ isn’t helping. Unless it’s in the form of narrowed eyes and disapproving nods.

In the meantime, Tiger can continue damage control, while the likes of Kate Gosselin and Octo-mom can breathe a sigh of a relief that they’re no longer in the media spotlight.

Until the next whisper….