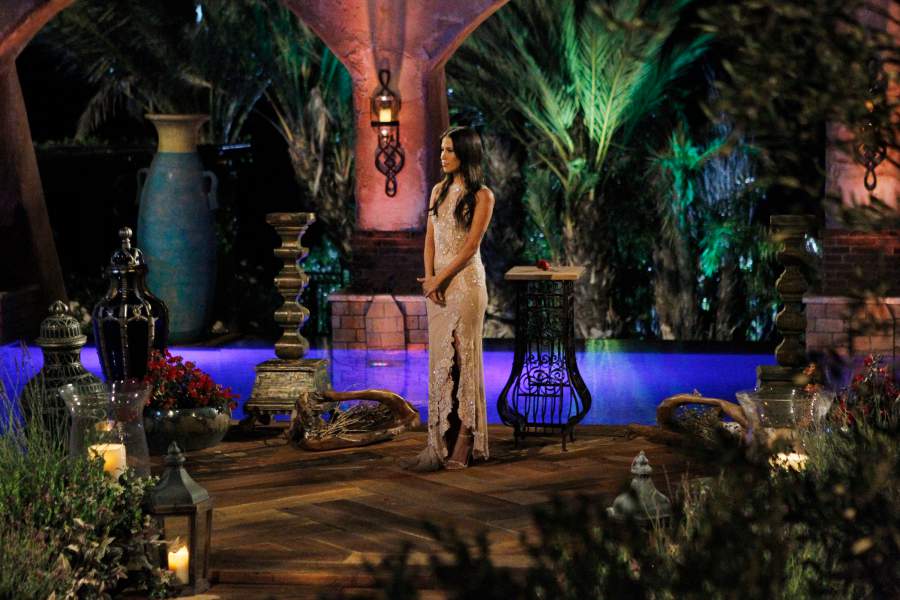 Ooooooh it’s finally heeeere!! It’s finale time and after one of the most “dramatic” and “shocking” seasons, we’re finally going to get to see who Kaitlyn picks–sexy Calvin Harris-Ryan Gosling hybrid Shawn or… Nick. Back in Cali after some international travels (and affairs), Kaitlyn met up with her family to introduce them to the final two. When she told her family who the final two were, her family seemed a little skeptical about that Nick being one of the top contenders.

First up was Nick who wasn’t nervous because he said he just wanted to “be myself” (maybe not the best idea?). Kaitlyn had told her family that she went too far with him, which was his main concern–not the fact that he’s crazy and they’ve all seen him go berserk on live television. Nick and Kaitlyn’s mom went to chat alone–with the added pressure that Kaitlyn’s mom’s opinion is basically everything to her daughter–Mama called Nick on ALL his shit with his past Bachelorette experiences (“you’re possessive, jealous… arrogant” whaaaat?!). He spun his web of bullshit as per usual but when he started crying and getting emotional, it made mom emotional and proooobably won her over. Next up was time with dad, who had a bit more of a poker face throughout their conversation. At the end of their short conversation, dad gave his blessing.

Next up was Shawn’s meeting with the fam… and sadly, he had some fighting to do since the fam was very much in love with Nick and concerned that Shawn was the jealous, possessive one (they both are! don’t worry!). Naturally, showing his insecure side worked for Shawn (because who doesn’t love a bashful hunka man?). Mom was asking the hard-hitting questions, airing out some of her daughter’s dirty laundry about sleeping with someone too soon, wondering how Shawn was going to handle some of that jealousy. He was very honest saying that he’s struggled with it but that Kaitlyn means everything to him and that he stuck it through 25 other guys so they can get through anything. Another point to Shawn. “I’m on #TeamShawn” – Kaitlyn’s sister. ANOTHER POINT, SHAWN!!! AND THEEEEEEN, Shawn asked both Kaitlyn’s parents for her hand in marriage. (One more point for Shawn!)

After both guys met Kaitlyn’s fam, Kaitlyn had another date with Nick. Admittedly, Nick said some sweet things (“I’m looking forward to having you on my couch and doing ordinary things”), but there was no doubt that Kaitlyn was attached to him for completely different reasons than her feelings for Shawn–more passion than anything. Later in their date, Nick told Kaitlyn he had a present but it was in his bedroom (sorry, girl… that’s an invitation for sex if I’ve ever seen one). Okay, so it was a hand-written poem/note thing or something with a picture of them and Kaitlyn cried. Whether or not it was genuine, we’ll never know, but it obviously worked on Kaitlyn because the last shot we saw of them was the camera panning out while they were making out on his bed.

Then Shawn had his final date (well, maybe… we’re hopeful!) before the final rose. The two met with some smooches, but Kaitlyn seemed a little more unsure when she was with Shawn than Nick… it seemed as though all of the anxiety that built up after her date with Nick was spilling into her date with Shawn. Either that’s a good sign that she trusts him and doesn’t need to be “on” all the time, or she’s unsure. Of course, Kaitlyn’s insecurities just fuelled Shawn’s already existing insecurities, and so continued the vicious cycle. Things were visibly awkward, but eventually their conversation became more fluid and our hopes got up once again (#TeamShawn 4eva). Shawn also had a gift for Kaitlyn–a memory jar of all of their memories over the past… month?

After seeing Shawn, Kaitlyn was a mess and didn’t know which way to go. But, as most experiences, this one had to come to an end. Kaitlyn and both guys got ready for the moment we’ve all been waiting for–and both guys were coming armed with some stellar sparklers for Kaitlyn’s big personality. Kaitlyn got out of the limo back at that notorious mansion and Chris Harrison gave her a mini pep talk as she calmed her nerves. Historically, the first person to get out of the limo usually isn’t the one, so when Nick got out first, we may have done a large (embarrassing) happy dance. Chris sent Nick in to  have Kaitlyn let him down as easily as possible (probably fearing for her safety and the fact that there was a pool behind her and a crazy person in front of her). Nick did his spiel. Admittedly, Kaitlyn looked mildly heartbroken. When he started to get the question out, Kaitlyn stopped him and it was super awkward, especially when Nick was like “No? Oh, alright…” Yikes. Nick’s mood started to change (understandable, yes) and started veering into Crazyland once again–especially when he threw the engagement ring (just in the limo, but still). After Nick left with his parting words “I’m the world’s biggest joke” (hey, you said it, buddy), it was time for the love to commence.

Shawn arrived at the mansion and, well, you can venture a guess as to what happened. Kaitlyn deked us out a bit, but she offered him her love and then Ry Gos got down on one knee with the ring (better than Nick’s–just saying!) and popped the question of the season. And, duh, she said yes! Just to make things official, she gave him the final rose and the two kissed and kissed until…

After The Final Rose

For the first time, Kaitlyn and Shawn stepped out in public (minus that not-so-cryptic Snapchat slip awhile back). And while we’ve seen this all before–the hand-holding, kissing and huge smiles–we fell for their love all over again. Nick came out with a beard and talked about how he really didn’t his second heartbreak coming. Chris Harrison tried to play devil’s advocate, making Nick understand logic and both sides of the story (also trying to keep him calm, because, ya know, last year and everything…). Chris started to poke the bear a bit when he asked why Shawn hated Nick so much. Nick, naturally, BSed his way through the answer talking for a few minutes without actually saying anything (0r maybe I just tuned out–it’s becoming a problem when he speaks). Shawn came out with a quick wit (“you guys couldn’t find a bigger couch?”) and answered some of Chris’ pressing questions, saying that he and Nick were two different people. Shawn was much more civil than he had been all season (probably because he got the girl) and Nick continued to play his charming “I’m the bigger person” bullshit card (sorry. can’t. stand. him.). Out came Kaitlyn who had the unfortunate task of talking to Nick again (though no slut-shaming–yet. Maybe he learned from last time?) and trying to explain that her feelings were real, but that she needed to go through the whole process to understand her feelings. We got to relive some of that last angst between Kaitlyn and Nick and he took it surprisingly well (ie. he didn’t threaten/shame/scare anyone). When Shawn came back out and they talked about all of their plans, Shawn was actually THE sweetest saying that he can’t wait to stand up for his girl against all the haters (probably starting with “hey girl, it’s okay.”) and how excited they are to go to Starbucks and Tim Ho’s (Canadian pride wut wut!). Aww.

Stay tuned next week for our weekly recaps of Bachelor in Paradise! 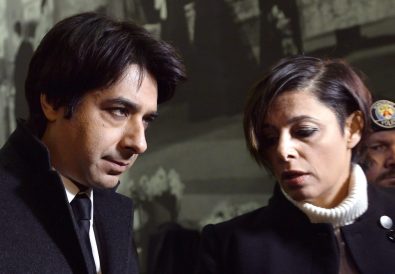