We all have people we’re naturally drawn to, but figuring out why is usually inexplicable, if not impossible. But there’s a new clue to add to the list: the head tilt.

While the research provides important information about our evolution, the findings also offer some clues to help unravel the mysteries of mateship rituals in the 21st century, said Dr. Danielle Sulikowski, who conducted the study with her husband.

The study tested whether the angle people saw each other from had an affect on their attractiveness and masculinity or femininity in the other person’s eyes.

Sulikowski says the next step is to figure out whether people use the head tilt in real mate-attraction scenarios.

They have the research to back up the head tilt, but I have to say this theory makes me uncomfortable. Tilting your head (and chin) downward makes you submissive, like you’re bowing to the other person. While tilting your head backward makes you jut your chin out, making you look confrontational and powerful. Try both out in the mirror and you’ll see what I mean.

It just makes it seem like being submissive translates to being more feminine. That’s definitely true in some men’s eyes, but they’re not the type I’d want to be attractive to anyway. And while it’s probably true that most men like to feel powerful, confrontation and masculinity definitely don’t go hand in hand.

Then again, the head tilt could just be a weird evolutionary thing (and probably is), far before feminism ever kicked in. It’s just a shame both head tilts have negative connotations “ what ever happened to the bemused head cocked to the side?

Humour definitely wins with me any day. 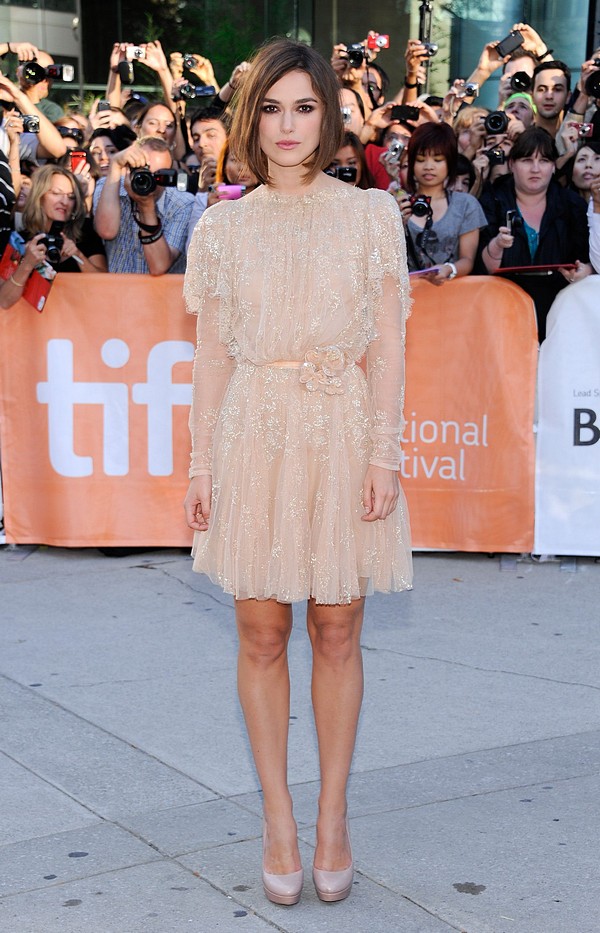 The Best-Dressed at TIFF So Far