Well, that was fast.

Kat Von D and Jesse James went public with their romance just this past Thursday, but she already knows he’s The One.

Von D and James came out as a couple for the first time at her Wonderland gallery opening, and when asked by People if she thinks he’s The One, Von D replied, I believe he is, so yeah.

Jesse is only my ninth boyfriend, said the LA Ink star. I don’t hang out with anybody unless I am in love.

The couple shared a kiss at LAX Monday after spending the Labour Day weekend taking in two music festivals and a few casual lunches together.

James recently divorced actress Sandra Bullock after admitting to cheating on her, but Von D said that didn’t stop her from allowing their relationship to develop after six years of friendship.

As for when she realized her feelings for James, Von D said it was during something like playing Scrabble, when they both realized how nerdy we are.

Von D has toured his Texas turf and met the kids, while James met Von D’s father the night they went public.

James was a little more tight-lipped about the pair’s romance, but said he is happy.

Hopefully the heavily-tattooed pair will hold off on matching ink, since they have a plethora between them already.

The Bachelorette Episode 9 Recap: Gettin’ Frisky in the Fantasy Suites 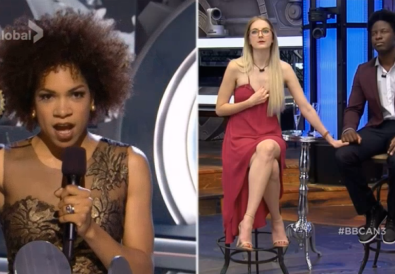