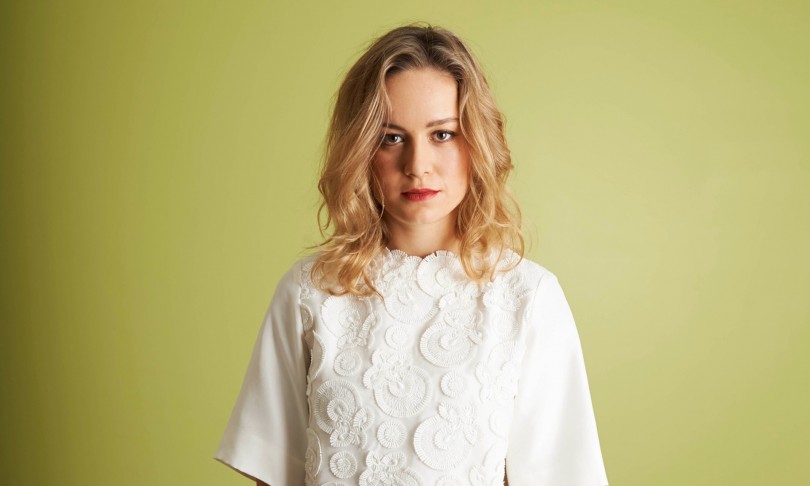 Brie Larson is the coolest. We know this because we are people who watch movies and have eyes and brains and can recognize actors who own the shit out of their shit and then somehow eclipse themselves as their careers evolve and continue. (Like Brie Larson.) This summer, she stole “Trainwreck,” and now she’s in “Room,” a movie so powerful that after seeing the trailer, I cried well into the movie I had paid cold, hard dollars to actually see. (Which was about chess and starred Tobey Maguire, so my tears were truly uncalled for.)

Anyway, because Hollywood likes titles, it’s bestowed the title of It Girl onto Brie Larson. Which, let’s all admit, is a title that’s a little insulting since it straight-up belittles how hard she’s been working. And Larson agrees.

“It’s so weird. I think it’s a really funny term. I’m just a person. I’m not anything!”

Here’s the thing about the phrase “It Girl”: no thank you. Not only is Larson right — that “it” connotes the beginning and end to a type of reign — the phrase is demeaning. It implies that women (because again, we don’t hear “It Boy” very often) of various industries are replaceable because they have an expiry date. Especially since “it” can mean anything (which means “it” means nothing). What makes somebody “it”? When is somebody without “it”? And who decides?

To me, “it” is the grown-up and/or industry equivalent of the high school cafeteria in Mean Girls. It keeps in place a hierarchy that serves only to undermine the talent and work of women and to pit them against each other since there can never be more than one “It Girl” at a time. It doesn’t promote community or teamwork or even the work of the girl in question — instead, it perpetuates the idea that there’s a certain kind of girl and/or woman to be. It’s just another example of the Cool Girl complex. It tells other girls that they are not “it.” And it tells them even louder to aspire to one definition of whatever “it” means. It’s army pants and flip flops or cut-out tank tops ala Regina George. And it’s weird.

Brie Larson is worthy of our attention for a trillion reasons, and they are all related to her talent, her intelligence, her abilities, and who she actually is. She was a boss long before critics latched onto Room (remember Scott Pilgrim, you guys?) and will be a boss for long after. The fact the media is only paying attention now is their problem. She certainly doesn’t need to be boxed in by an ever-changing and temperamental definition of “cool.”