“The Assassination of Gianni Versace” Is A Mess, But Makes For Compelling True Crime This season of American Crime Story: The Assassination of Gianni Versace wasn’t The People Vs. OJ Simpson by any stretch. Where OJ was procedural and followed the trial that led to one of the most controversial rulings of the 20th century, Versace was abstract: it played with timelines, focused less on the designer than on his killer (Andrew Cunanan), and took a long time to unpack exactly what lead to Cunanan’s 1997 killing spree.

Which, if you read Maureen Orth’s book the series is based on, did a pretty good job unpacking that complicated material. Nothing about Cunanan’s life made sense. He was a liar, an elitist, and a boy bred to be a man with a deep-rooted sense of entitlement. He lived many lives, morphing into who he believed would evoke power and status and the things he felt he deserved. His family life was fractured, and his parents raised him to believe he was better than everybody else. His trajectory was almost as convoluted as the series itself because it’s hard to piece together the life of a person who lacked a sense of self (and whose backstory changed with every person he was aligned with). He was a mess whose implosion took decades. And that’s why I liked this season of American Crime Story so much.

When we think about true crime series, we’re usually taken in by the ones that move quickly, sensationalize the murders in question, and zero in on the most gruesome and invasive aspects part of an investigation. (Mainly, what we’re normally not privy to.) We like a clean narrative, attention paid to timelines and what led-up to the murder, and then we like to examine the lives and minds of the killers themselves. Often, victims are deprived of their own stories — our knowledge of them is usually limited to a photo or a name or a number. And that makes a story seem “clean”: we follow a killer, we see what they do, we keep feelings to the sidelines, and we learn what (or what doesn’t) happen to the accused following their arrest.

But The Assassination of Gianni Versace was nothing like that. It gave us fragmented insights into victims’ lives, it tried to piece together Cunanan’s evolution from a tragic boy to a dangerous man via timelines and incidences, it used emotion to fuel murder scenes and forced us to reconcile with how terrible Cunanan’s crimes were. It even ended with a variable: Orth’s account of Andrew’s last days are embedded with footnotes and disclaimers that many of his last hours are assumed; that we don’t really know what happened. And the series reflects this: it isn’t tidy, it isn’t clean, it isn’t easy to follow or understand, it’s threaded with feelings and senses of dread and confusion. It’s as messy as Andrew Cunanan and his fucked-up, tragic, and terrible legacy. It’s a true crime series that feels most like a true crime. With, you know, incredible performances.

And maybe that isn’t for everyone. Maybe you were hoping for more footage of Gianni Versace or a perspective from the detectives trying to piece Cunanan’s crimes together. Maybe you like a procedural or cold, hard facts, or an ending tied up with a bow like a neat little package. But endings in tragedies are never tied up. They are always fighting with you as they try to untie themselves, threatening to spill out and expose the mayhem and horror and grief and upset and questions that come with someone driving across America and killing people because they felt like it. That is what true crime really is. Which is why I think Ryan Murphy’s take on this specific one did such a god job trying to show us so many terrible things.

That, and casting Darren Criss as someone so magnetic and manipulative and without any regard for human life was inspired. I never want to hear anybody sing “Gloria” again. 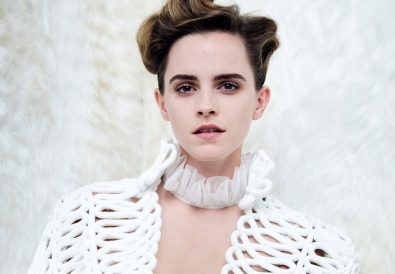 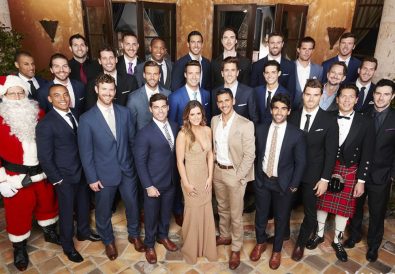 Tom Hiddleston Loves T.S. (and I Want To Die)