Writer Anne T. Donahue Has A Podcast (And We Care)!

If you’re a regular reader of this website, you’ve likely come across (and binge-read) Anne T. Donahue’s prophetic pop cultural musings, sage advice and witty turns of phrase in her twice weekly column. She’s been with 29Secrets pretty much since the beginning back in 2009, and since then, she’s become a rockstar writer, having written for publications like The Cut, Refinery29 and Cosmopolitan (among plenty of others). She’s also working on a book, Nobody Cares, which drops in September, and she just launched a podcast Nobody Cares (Except Me), where she delves into the secret, sometimes random passions of friends and other cool people. So of course we had to get the goods on what her podcast is all about and also to pick her brain about what she loves (and doesn’t love) in pop culture right now. (BTW: We’re huge fans already and we strongly suggest you go have a listen!). In the meantime, here’s Anne!

KV: Why start a podcast?

ATD: Why not? But actually. Podcasting is great because it’s for everybody, and anybody can do it. There are so many topics to cover, so many conversations to have, so many platforms to create and to use as a means of elevating people you admire. I think podcasting is such a fun and cool way to collaborate with like minds and to create communities. And also, if you also share too many similarities with Jenna from 30 Rock, it’s another avenue through which to quench your incessant thirst for attention.

Not that I have that.

What is the idea behind the podcast and what can we expect to hear from it?

Well! The title began as a tie-in with my book (which comes out in September with ECW). But then it evolved to its own entity. So where the book title pertains to something with more of a backstory, my podcast (Nobody Cares (Except For Me)), is about the things my guests really care about and no one else seems to. Basically, it’s a celebration of the things we really, really love and are obsessed with and what they mean to us, which I’ve found usually evolves into a really interesting discussion that goes into childhood or high school or politics or even the controversies of Babe. Plus, we’re our best when we talk about things we have a passion for. And if not “best” then at least “most interesting.”

What are your favourite podcasts?

But on the journalistic side, I really like this season of Someone Knows Something and am desperately looking forward to the new season of Missing & Murdered: Finding Cleo, each from the CBC. Both hosts — David Ridgen and Connie Walker — do such incredible jobs as investigators, journalists, and storytellers, and do justice to the victims and their stories in a way I think true crime usually doesn’t.

What are you excited about, and what could you do without, in pop culture right now?

Hm. I think if we never have a “Are women funny?” conversation again, it will still be too soon. Also it’s a bummer that Johnny Depp is still in Fantastic Beasts and that JK Rowling seems to be insisting on setting sail on a ship I think most of us know is sinking. All of it is just hugely disappointing. Woof.

But I’m really excited about the direction pop culture is moving right now! Jordan Peele won Best Original Screenplay! Frances McDormand introduced “Inclusivity Rider” into our lexicon! Yance Ford was the first trans filmmaker to ever be nominated for an Oscar! These developments are so exciting. Because even though there are miles to go, we’re finally starting to see less of the straight, white male narrative — or the straight, white male norm. Pop culture is for everybody, and it should look like everybody. So I’m psyched to begin seeing even more people of colour, more queer people, more trans people, more non-binary people, more disabled people creating and starring in projects. It’s so boring to see the same stories over and over, and we’re finally starting to see a little less of them, so how can you not be stoked about that?

As a prolific writer, social media maven, and noted CBC radio guest, how do you do it all?

I consume inordinate amounts of caffeine and sparkling water and I am a stressed out a lot! But also, I love what I’m doing, and I remind myself (in moments of wanting to walk into the sea) that I worked very hard and for a long time to make this career, so that makes even my worst days feel okay. Which isn’t to say life and work is a 24/7 daydream — there are many days I would like to not answer my email or do nothing but sleep or tell everybody I have ever met in my life to fuck off. But that is also what life looks like, and that’s just how it feels to be a person who’s working and alive.

So I just go step by step. I plan and plot, but only within reason or else it can feel like a bit too much. I live and die by my planner, I do as much work as I can but give myself weekends and most evenings to be a person, I’ve learned that it’s okay to ask for more time or for clarity or for help. I also remind myself that it can all go away in a second and I’m very lucky and also, a lot of my work problems are not real problems. I mean, they are sometimes or they can be. But as soon as you say, “I’m mad that so-and-so unfollowed me on Twitter!” out loud and to a person who isn’t in your field, you are quickly very aware of how charmed this career is. Like, I’m doing an interview right now about podcasting! I am bananas levels of lucky. And when I remind myself of that, “doing it all” does not seem like that much.

Listen to Nobody Cares (Except For Me) here or on iTunes. Main photo by Amy McNeil. 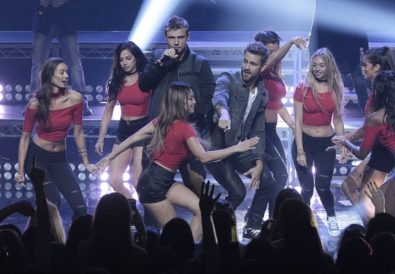 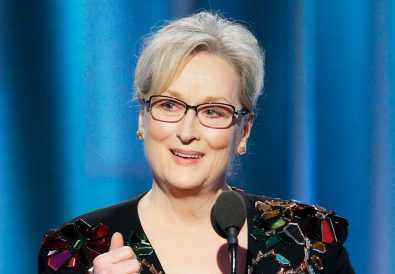