How One Torontonian is Tackling Homelessness Through Fashion 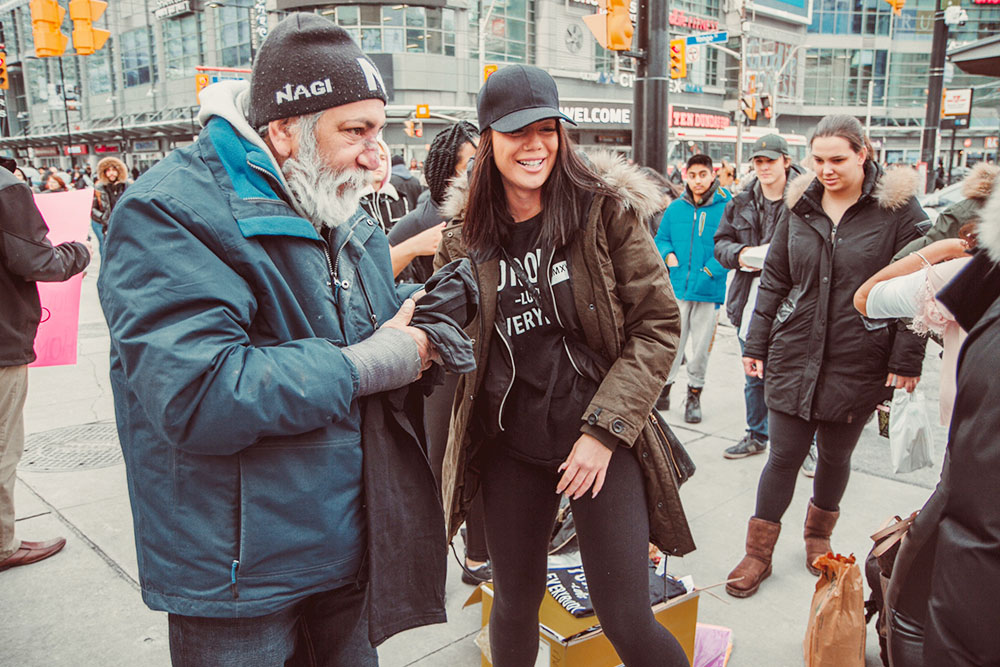 Twenty-six-year-old Laura Hesp discovered her father Doug was homeless when she was in her late teens. He hid it for a very long time and he didn’t want anyone to know, says Hesp, adding that her father’s situation was a result of personal choices. Then in March of last year, Hesp was again hit with news about him. Doug had passed away suddenly, a result in part of homelessness.

Hesp had already been using her connections in the food industry, collecting food donations for Toronto’s shelters and even personally distributing food to homeless individuals. She needed to do something more, something that would have a lasting impact and give a reason for her father’s suffering. Founding Inclusive Love, a non-profit organization that is helping to feeding and clothe the city’s most vulnerable people was her way of giving more.

So how is a 26-year-old who admits to coming to the near brink of homelessness herself (couch surfing from one friend’s apartment to the next) make a difference? Although donations are part of the fundraising, the organization is about creating a community. Hesp is forging this community through the launch of the Inclusive Love clothing line. The line, which features a series of t-shirts including Toronto Loves Everybody, is available online and through local retailers including Community 54, The Mens’ Shop, the Baffi Collection and Fairmont Hotel.

As the brand came to fruition, Hesp learned of a different brand who had misrepresented their connection with the youth-based organization, Eva’s Initiatives, as part of its marketing strategy. Hesp was in disbelief over the idea that a company would misrepresent themselves in such a way that made consumers believe their purchase would be helping provide youth with shelter. So from now until the end of May, all sales of Inclusive Love’s Toronto Loves Everybody T-shirts will be donated to Eva’s Initiatives.

Along with the clothing line, in March, Hesp was searching for a way to honour the first anniversary of her father’s death. Her response? Gathering some of her close friends, 100 t-shirts and giving out free hugs at Yonge-Dundas Square. Anyone who volunteered to join in was a given a free Toronto Loves Everybody t-shirt in return. I was very nervous with this but I wanted to get people together, she says, adding that she also relied on the positive energy of her friends with a large social media following to help spread the word. Despite her initial hesitative, people loved it. We talked to people about homelessness, When you bring people in by first giving them a cool shirt, it gives you a chance to talk more about something like homelessness.

Making the kind of changes that Hesp wants to see takes more than giving money and raising awareness, if you’re inspired you need to take that extra effort to make changes happen with these events, it really is about the hugs, and the charity. With Inclusive Love continuing to grow, Hesp has a second Hugs for Toronto taking place on Saturday, May 6, at Yonge-Dundas Square, because everyone should be loved and really who couldn’t use a hug? 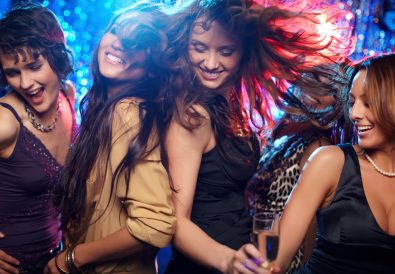 Is Partying Hurting Your Chances of Becoming a Mom? 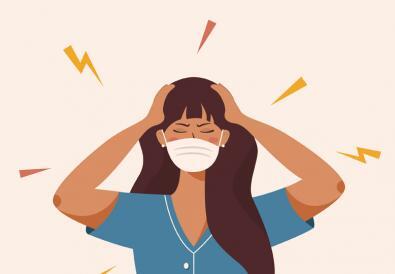