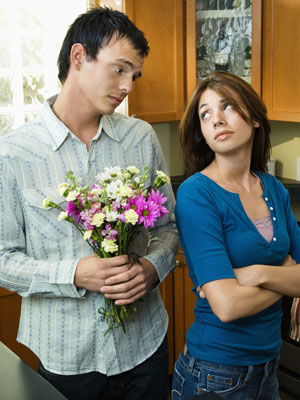 In relationships it is important to know when something is not worth fighting over and when you should stand your ground. Cheryl Anne Meyer, co-author of The Red Flag Rulebook: 50 Dating Rules to Know Whether to Keep Him or Kiss Him Goodbye, helps us determine whether we should forgive him or forget him.

1. He cheats
Forget him. Take a note from Sandra Bullock, if he cheats kick him to the curb and move on. He did it because he wanted to and he didn’t care what would happen to the relationship, Meyer says. He probably prayed that you would never find out. Regaining the trust that is lost when someone has cheated is nearly impossible to repair. Meyer warns that working it out can by risky, include stressing about where he has been and who he is with.

2. He is always late

Forgive him. Although patience is a virtue many of us are not equipped with, Meyer says to remember he may have a faulty internal clock or simply doesn’t consider being on time important. Compromise and communication is the key to this common problem. Meyer suggests asking him to call you to let you know that he will be late. The bonus: it gives you more time to get ready.

3. He forgets your anniversary

Forgive him, only if he makes it up to you. It’s one thing to forget and another to disregard, says Meyer. He may have a million things on his mind and forgot what day it is. Give him the benefit of the doubt and hope that he goes out of his way to make up for it with a romantic dinner date or a fantastic piece of jewelry. Next year, help him out by slipping in a reminder during conversation a few days in advance.

5. He doesn’t pay for dinner

Depends. If he suggests going Dutch once in a while or doesn’t speak up when you politely offer to pay, it could be because he wants to treat you as an equal. But if you notice that he never pays for dinner and you are constantly picking up the tab, forget him. He is clearly treating you like a free meal ticket, says Meyer.

6. He is rude to your family/friends

Forget him. When you commit to another person, you commit to their entire world, says Meyer. Being rude to your family and friends shows he doesn’t care about your world and isn’t really committed to you as a whole. Allowing him to be rude to your friends and family may take a toll on your relationships with them. Losing that support system will make it difficult for you to cheer up and move on when that so-called boyfriend is no longer around.

7. He is always out with his friends

Forget him. In an ideal relationship, you and your boyfriend will become best friends. If he constantly chooses time with his friends over time with you, he doesn’t see you as ˜the one’, says Meyer. Keep in mind it is healthy and important for him to enjoy a boy’s night once a week. If he is constantly leaving you at home and canceling plans to spend time with his friends without you, he is not invested in the relationship or he would invite you as well.

Meyer warns that if he is guilty of all 2, 3, 4 and 5, forget him. It shows that he is self-centered and doesn’t see you as a main priority in his life, says Meyer. He’s not ready to have a serious relationship. Forget him and find someone who is truly looking for a partner.

Meyer and her co-author, Tara Landon, are currently working on The Break-up Rulebook, telling it all, from how to break-up with a guy to how to get over him.

What do you think? What are your relationship red flags? 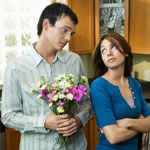 Related Content:
– Are You Addicted to Drama?
– 5 Tempting White Lies
– Mistakes That Will Ruin Your New Relationship 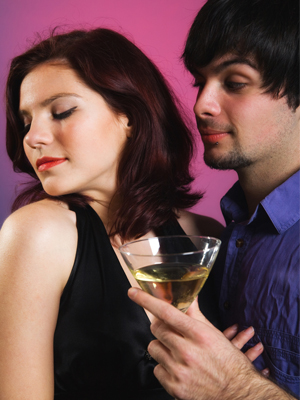 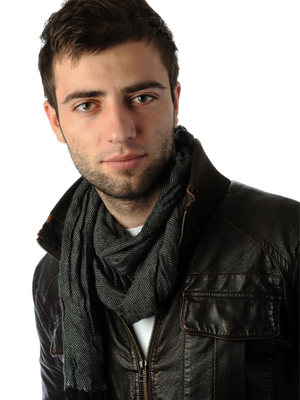 Guys You’re Overlooking (and why you shouldn’t be)