Ghosting Sucks: Why I Break Up With People I Casually Date 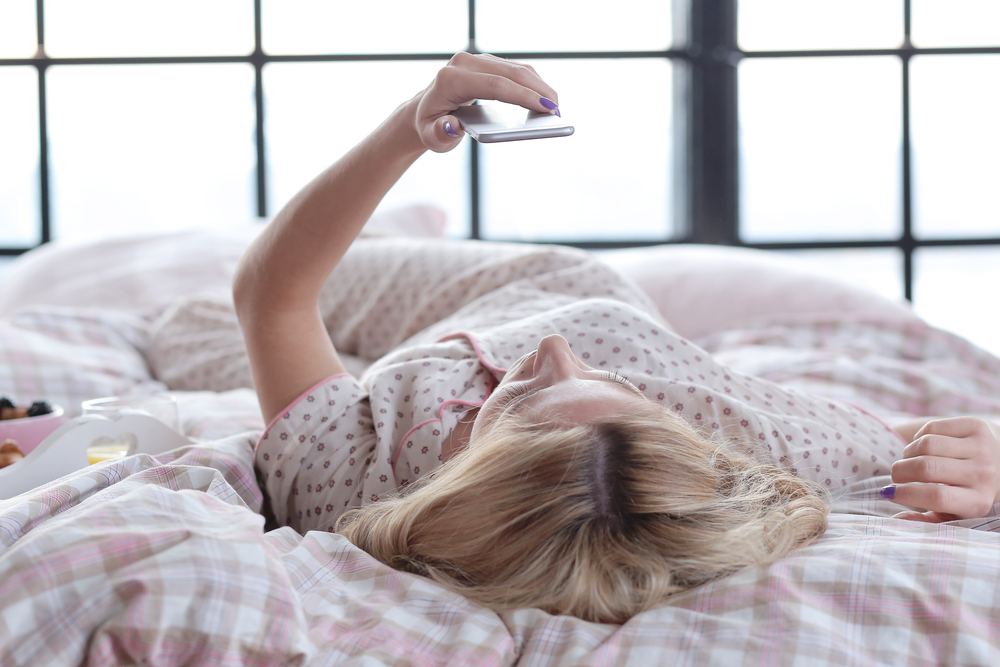 I don’t like chasing people. I never have. Even as a child I wasn’t a fan of the game tag. It sounded nightmare-ish and exhausting and ridiculous. I have to run after another kid and then they have to run after me? What’s the point? I’d frustratingly ask. Exercise? Fun? Excitement? I’m gonna pass. I’ll just sit here and eat my freezie and anyone who wants to hang out can join. It wasn’t an awful way to be in elementary school. People did eventually join me and those who didn’t? Pfft, whatever. I didn’t have time to fret over the pals who got away. I had hop-scotching and skipping and pogging to do. My tamagotchi was enough companionship to get me through the toughest of days. I didn’t need to chase anyone. I apply this same logic today to my relationships, especially the romantic ones. I don’t find consistently pursuing others for an eternity enjoyable in the slightest. It wasn’t my bag as an eight-year-old and it’s not my bag now.

I mean, sure, I’ll ask someone out if I think they have potential for being my partner, but I don’t wait around either. I’m super-ambitious with my romantic interests. If I meet an individual who is funny, nice, smart and has excellent hair I’m not going to pass up an opportunity to kiss their face. I’ll add them on Facebook immediately, stalk them for weeks and eventually message their profile. My strategy never fails. This step-by-step process often results in getting laid. I’m not scared of being the initiator, although I know many women are. I used to feel more nervous about proposing drinks to dudes. But I let that insecurity slide a couple of years back. I date all of the genders now and I treat them equally, in that I inquire about dating EVERYONE.

However, I stop inquiring when I begin to sense that they are no longer interested in kissing my face or getting a drink or Facebook messaging with moi. Then I feel like I am once again playing a game of tag that I didn’t want to participate in to begin with. But instead of a teacher insisting that I take part, it’s a mediocre straight man forcing me into the role of chaser ˜cause he refuses to respond to my texts within 48 hours of me sending them. That is not an opportunity. That is a struggle. A huge barrier. A wall that I do not want to put time and effort and energy into knocking down. Just like little Jess chilling in the schoolyard at recess, I am going to sit in my house sucking on a freezie and if somebody wants to come hang, then they can join. But I’m not going to literally or figuratively jog after them as they scream and flail and get farther away when the distance between us grows.

I am ambitious with my romantic interests but I don’t consider the activity of holding onto something that is likely already gone to be ambition. That sounds like the opposite of it. That sounds idle, ignorant and frankly unproductive. Nothing is moving forward. No action is being taken in that scenario but you could take action yourself and end it (which I frequently do). Or, better yet, the person who isn’t into you could cut the cord, communicate what they’re genuinely feeling and finally allow you to move on with your life. THAT sounds ambitious. The desire to successfully, respectfully, politely and directly reject is one that I appreciate. I appreciate it in myself and in my sexual partners. If a guy or gal can’t have a serious, long talk about why they’d like to sever our arrangement then I don’t want anything to do with their genitals. That serious talk comes with the package of dating me. Sorry, it’s a bundle. With no refunds.

What confuses me is why someone would want to keep another person around who they don’t like or want to spend time with or even send cute gifs of bunnies wearing hats to. Well, I should clarify. It doesn’t confuse me in the sense of why they’re doing it. I understand why because I’m a keen observer of human psychology and ego and assholery. They want attention. They want to be able to call up this person when they’re extremely lonely and have no better option. They hate themselves and need a creature to fawn over their existence every minute of the day or they can’t get out of bed in the morning. They like the power they can exude when someone’s heart is in their control. They think manipulating is just delightful. It’s their favourite hobby. Toying with a person’s many emotions forever. Making them cry, making them angry, making them feel anything really. That would be this hypothetical egotistical asshole’s heaven on earth.

What confuses me is how these people aren’t disgusted with themselves knowing they’re causing unnecessary pain, stress, strife, rage, regret, distrust, and distraction within another sentient, homo sapiens. Tons of folks actually don’t seem to give a shit about the repercussions of leading someone on. Their selfishness, laziness, cowardice and lack of empathy are too fierce and consuming and dominant for them to care about others. Sure, they might kinda grasp that the tears being released from the eyeballs of the girl they used to go down on is a sad sight to witness. But, they often don’t have to see it. They only have to see the crying emoji in their phone when this girl texts to ask if they’d like to see her this weekend only to have them not reply or reply in a week or write a simple, cold, thoughtless No. Can’t. Too busy. I’ve received a No. Can’t. Too busy before and let me tell you, OUCH. That is one painful motherfucker to get.

˜Cause it implies that your maybe paramour doesn’t care about you at all. They didn’t feel the need to even apologize. They didn’t suggest another day/time. They didn’t TRY to make it work but rearranging their schedule. They didn’t even write How are you doing? I’ve been thinking about you. NOTHING. Instead they stabbed you in the chest with three one syllable words and one two syllable word and three completely futile periods. It’s like, yeah I get it, this decision is FINAL. You don’t need to put periods after each damn group of letters. I’ve been on the other end of this exchange a good amount. The one receiving said disappointing texts. I’ve also sent said disappointing texts. Sometimes I have followed up with suggestions of other days/times or attempted a rearrangement of my schedule or tossed out a congenial How are you though?

So, I’ve been the bad guy, the neutral guy, the good guy and the sad guy. What I wish I had known as an early-twenties woman is that rejecting is always the best route if you don’t want this love union to continue being a union. I break up with basically anyone and everyone who I share an unequal romantic feel with. If I can tell that they’re falling for me or very attracted to my bod or just wanna get dinner again and I know inside my heart of hearts that I don’t want that, I break up with ˜em. I don’t like chasing. I hate it and I don’t want to put anyone else through that. I don’t want to ignore their messages in hopes that they’ll give up or keep saying No. Can’t. Too Busy wishing they’d quit asking or text them What’s up? in the middle of the night on a Tuesday, wanting to maintain my power over them. I don’t find manipulation delightful. I find it revolting. If I’m lonely, I put on a movie or go to a comedy show or turn on my vibrator or call a friend. I don’t exploit a human to fill that hole.

I’m not just saying goodbye to partners of three years either. Breaking up does not exclusively relate to serious, long-term, almost-getting-married relationships. No, no, no. This is a problem that society needs to recognize, understand and change. We should be formally terminating most relationships, as minor as they might be. The other participant won’t be able to finally give up on you and get closure and find a beau who actually likes them until you do the terminating. I say goodbye to people who I only slept with for a few months until realizing we want very different things. And people I went on two dates with and just made out out with once. And one night stands that I could feel were leading to more than one night. And amazing dudes I tried super hard to be passionate about, went on five dates with and had several rounds of sex with, but simply couldn’t force my brain or my heart or my body to truly get into it.

And you know what this formal goodbye results in? The other participants finally giving up on me and getting closure and finding a beau who actually likes them. You know what else it results in? Us potentially being friends afterwards, instead of them cursing my name to the devil. You never know how someone is going to react to rejection and I know that makes it quite scary, hence the cowardice holding you back. They may still curse your name even without you leading them on. I’ve cursed a name before, but it’s usually been because a mediocre man had been fucking with my mind for weeks/months/YEARS. Not because he respectfully, politely and directly stated Hey Jess. I hope you’re doing well. I need to talk to you about something. I think you’re really great, but I don’t think there’s a strong connection between us. I don’t feel a romantic spark, which is disappointing but it’s the truth. I do love talking to you and would very much like to be your friend still if you’re interested in that, but I’d understand if you want space.

Doesn’t that sound SO SWEET? Like, yes, it’s still a rejection and, yes, it’s going to sting and, yes, your self-esteem may drop a couple notches for a bit but the amount of time you won’t waste will be worth it. If this wasn’t stated and they chose instead to keep you around as their plaything who texts them day and night and who they never give a treat to, it would be way more damaging. Closing up shop is best for everyone involved. Also, once you’ve extinguished that non-passion, you’ll be less tempted to send out that 3 am sad carrier pigeon when you’re feeling lonely, miserable and missing your ex who you did have a connection with. You’ll win, they’ll win and nobody will have to chase. Now that I think about it, the game of tag is better than the romantic chase. ˜Cause in tag you take turns being it otherwise known as the hunter. But if you’re never going to be it you gotta let them know, so they can find their it in another. 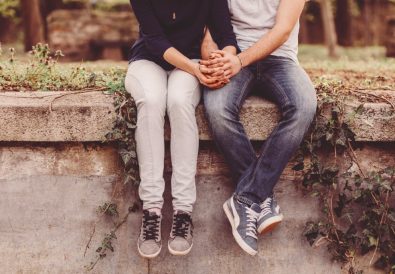 How to Create Boundaries & Attract a Partner Who Respects Yours 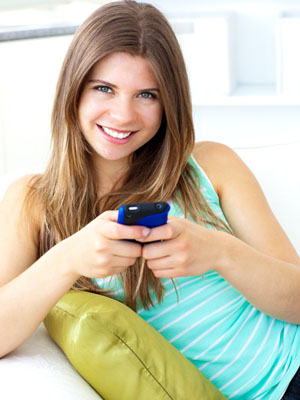