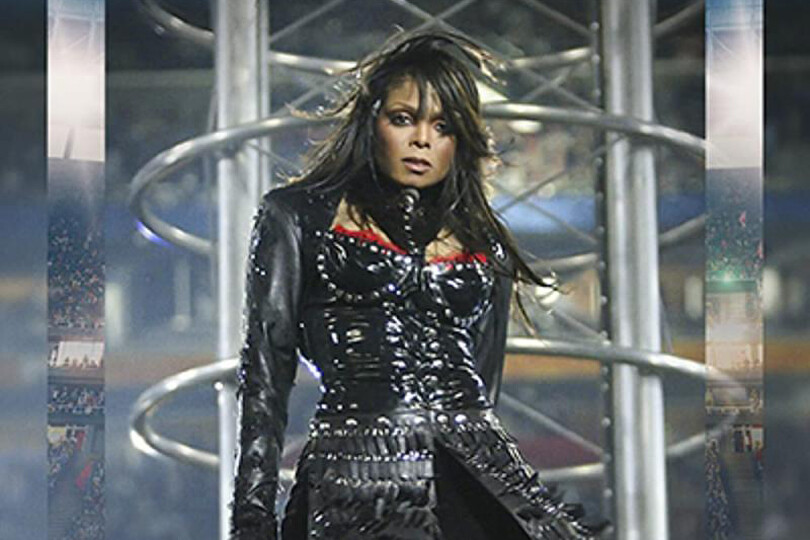 Nine-sixteenths of a second. That’s how long Janet Jackson’s nipple was exposed during the halftime show at Super Bowl XXXVIII in 2004 but the fallout, as we know, lasted much, much longer. Malfunction: The Dressing Down of Janet Jackson, the latest pop culture documentary under the The New York Times Presents banner, which previously produced both Framing Britney Spears and Controlling Britney Spears, revisits the controversial performance, the enormous scandal it ignited, and the major repercussions it had on Jackson’s career.

A quick refresher in case you weren’t alive or were living in a cave at the time: in 2004 MTV was producing the Super Bowl halftime show for the second year. The music network had previously produced the 2001 halftime show headlined by Aerosmith and NSYNC and featuring appearances from Mary J. Blige, Britney Spears, and Nelly. The 2004 version featured a hodge podge of artists including an introduction by Jessica Simpson and performances by Kid Rock, P. Diddy, and Nelly with Jackson, whose eight studio album, Damita Jo was set for release the next month, as the headliner. Jackson reached out to Justin Timberlake, whose former group NSYNC had opened for Jackson on her The Velvet Rope tour in 1998, booking him for a surprise cameo during her performance. Timberlake’s first post-NSYNC album, Justified, had been released just over a year earlier and he was eager to firmly establish himself as a successful and respected solo artist. After performing her hits “All For You” and “Rhythm Nation,” Timberlake appeared on stage with Jackson and performed his hit song, “Rock Your Body” which famously includes the lyric “gonna have you naked by the end of this song.” At the very end of the performance after the aforementioned lyric, Timberlake ripped away part of Jackson’s costume, exposing her nipple, which was mostly covered by a decorative shield, but opening the gates to hell nonetheless and sparking one of the most truly insane cases of mass hysteria that our culture has seen.

The documentary doesn’t answer whether the nip slip was an accidental “wardrobe malfunction” as Timberlake would insist, or a planned stunt, as a former MTV exec interviewed seems to think was the case, but what Malfunction does do is remind us of the ridiculously overblown clusterfuck fueled by misogyny, racism, and puritanical hypocrisy that followed those nine-sixteenths of a second. 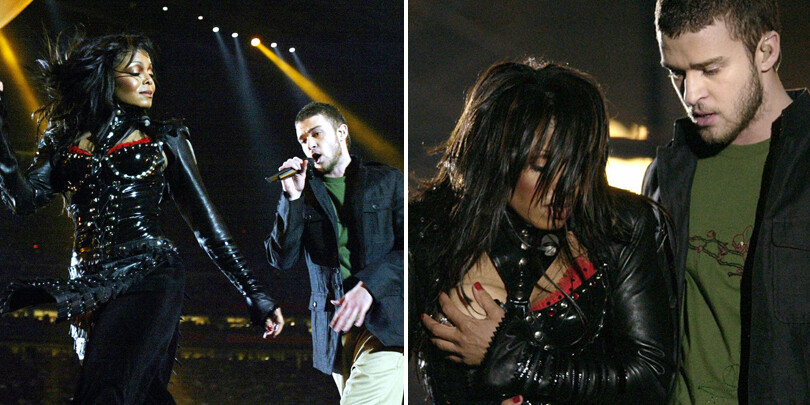 The blowback was as swift as it was severe. CBS, the network that owned the broadcast rights to the Super Bowl that year, was inundated with complaints from shocked viewers. Republican Congressman Fred Upton of Michigan claimed he was flooded with complaints by viewers who were “desperate and frustrated.” Sanctimonious politicians like Sam Brownback, a former Republican senator and Heather Wilson exploited the incident to push their “family values” agendas as did the Parents Television Council who had already been lobbying the Federal Communications Commission, the FCC, to clamp down on “indecency” on broadcast television. The mainstream media covered the incident nonstop with one outlet referring to Jackson as a “black dominatrix’ and “a bitch in heat.”

Overnight, Janet Jackson went from one of the biggest recording artists in the world to late night punchline and harbinger of the destruction of family values and the unravelling of the moral fabric of America. By the time she issued a public apology the damage was long done, Jackson was the antithesis of everything that is good and pure and she needed to pay. This is the part where I remind you Jackson exposed a teeny tiny part of her breast for a moment so brief, so fleeting that some people who were watching the Super Bowl halftime show live, myself and the MTV producers stationed inside the production truck included, didn’t even notice it at the time, and that she didn’t, you know, do something actually harmful like say, bring an assault rifle across State lines to a protest where she shot three people, killing two of them. But angry and outraged people still clutched their pearls with one hand and a pitchfork with the other and came for Jackson for daring to bring vulgarity to such a pristine family friendly event like the Super Bowl. You know, that triumphant annual conclusion of the season of a sport that glorifies violence and covers up the devastating effects of multiple concussions suffered by its players. Yeah, that family friendly event. An event broadcast on the same network that, in 2005, premiered a series called Criminal Minds, a show that revered actor Mandy Patinkin departed after just two seasons because, “I never thought they were going to kill and rape all these women every night, every day, week after week, year after year. It was very destructive to my soul and my personality.” So, just to be clear, dramatizing women being raped and murdered in primetime every week is okay so long as a breast isn’t partially exposed, inadvertently or otherwise. Make it make sense.

But back to that infamous 2004 Super Bowl. As the doc reminds us, the consequences for Timberlake were far less severe. Mostly because he was willing to throw Jackson under the bus to save himself. Not only did he issue his own aforementioned apology where he coined the term “wardrobe malfunction” and denied any knowledge of the nipple reveal being premeditated, he also, as the doc suggests, paid an in-person visit to Les Moonves who was the chairman and CEO of CBS at the time to offer an apology. Seems ‘ol Les was a tad of a Godfather-type who enjoyed a bit of groveling and kissing of the ring per se, before offering clemency for crimes and misdemeanors committed against him, perceived or otherwise. Jackson, on the other hand, refused to crawl on her hands and knees and beg for forgiveness. It’s important to note that in 2004, CBS owned the broadcast rights to another big cultural event in addition to the Super Bowl: the 46th Annual Grammy Awards which were taking place a mere seven days after the Super Bowl. This is back when the Grammys were still kind of a big deal and held some pop cultural currency. Timberlake was nominated for multiple awards for Justified. The doc alleges that, unless Justin and Janet agreed to make on-air apologies during the ceremony, their Grammy invites would be rescinded. As a former employee of the Recording Academy offered in Malfunction, although CBS and the Grammys were two separate entities, “when you have someone who’s paying your bills for the entire year, you have to listen to them.” So while Janet was MIA on Grammy night, Justin went on to win two awards. During one of his acceptance speeches he conceded, “what occurred was unintentional, completely regrettable, and I apologize if you guys were offended.”

Not only was Jackson nowhere to be found at the Grammys, when her album, Damita Jo was released the following month, she was also nowhere to be found on the radio or on MTV or VH1. This is the part where I remind you that MTV, VH1, and CBS were owned by the same umbrella organization chaired by Les Moonves. Meanwhile, Richard Branson, the founder of Virgin Records who once boasted his purchase of his private island, Necker Island was partially funded by the success of Jackson’s 1989 album Rhythm Nation 1814, stayed silent, offering no public support before Jackson and Virgin eventually parted ways. Disney World removed its Rhythm Nation-era Janet Jackson inspired Mickey Mouse statue, and while the head of Clear Channel which, at the time, owned more than 12 thousand radio stations, denied a company-wide boycott of Jackson, he did, in the doc, admit that individual stations may have independently decided against playing her music because of the controversy. Insert that “Sure Jan” gif here.

Timberlake, meanwhile, retained his multimillion dollar deal with McDonald’s (I’m NOT loving it) and went on to release a super successful sophomore album, FutureSexLoveSounds, in 2006. Then, in 2018, 14 years and eight more Grammy wins after the Super Bowl controversy in which he was involved, Timberlake was invited back to the Super Bowl by the NFL, this time as the halftime show headliner. How lovely! And, of course, no one batted an eye when Adam Levine performed a great deal of Maroon 5’s 2019 halftime show shirtless because nipples are only controversial and offensive when they’re attached to women. That halftime show was originally offered to Rihanna, btw, but the singer declined telling Vogue later that year, “I couldn’t dare do that. For what? Who gains from that? Not my people. I just couldn’t be a sellout. I couldn’t be an enabler. There’s things within that organization that I do not agree with at all, and I was not about to go and be of service to them in any way.” As for what Les Moonves thought of the Maroon 5 performance in 2019? We’ll never know because in 2018, he was let go from CBS amid a series of sexual harassment and sexual assault allegations. How’s that for appropriate and family friendly? 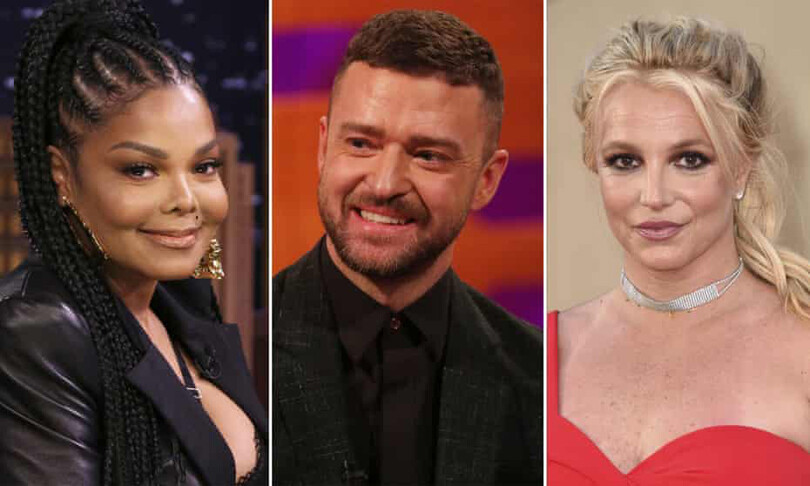 Hindsight has certainly provided some clarity and cultural context into just how utterly fucked up it was that Jackson absorbed the lion’s share of what was a completely superfluous and hypocritical fallout before being blacklisted by a number of organizations headed by white males of a certain age. When Timberlake’s 2018 Super Bowl return was announced, hashtags like #JusticeForJanet and #JanetJacksonAppreciationDay populated Twitter with #JanetJacksonAppreciationDay continuing to trend every subsequent Super Bowl Sunday to this day. Michael Powell, who was head of the FCC at the time of the 2004 incident and called it a “classless, crass, and deplorable stunt” before ordering an investigation into it, has since walked it back, admitting to ESPN Magazine in 2014, “I think we’ve been removed from this long enough for me to tell you that I had to put my best version of outrage on that I could put on,” before shrugging his shoulders and rolling his eyes. Timberlake himself offered his own apology earlier this year after the aforementioned Framing Britney Spears documentary reframed his behaviour in the early aughts in a less than positive light. Timberlake took to Instagram to say in part, “I am deeply sorry for the times in my life where my actions contributed to the problem, where I spoke out of turn, or did not speak up for what was right,” adding “I specifically want to apologize to Britney Spears and Janet Jackson both individually, because I care for and respect these women and I know I failed.”

Apologies are all fine and good but maybe next time, let’s not launch into the equivalent of years-long modern day witch hunt in response to seeing a woman’s nipple for nine-sixteenths of a second. Just a thought.