All Of Lady Gaga’s ‘House Of Gucci’ Red Carpet Premiere Looks, From London To LA

Ridley Scott’s forthcoming biographical crime drama, House of Gucci (which arrives in theatres on November 24), takes a look at the events pre- and post-Maurizio Gucci’s 1995 murder. Based on Sara Gay Forden’s 2001 book The House of Gucci: A Sensational Story of Murder, Madness, Glamour, and Greed, the star-studded cast includes Lady Gaga, Adam Driver, Jared Leto, Jeremy Irons, Salma Hayek and Al Pacino, who have all been hitting the red carpet around the world recently promoting the film.

Lady Gaga, who portrays Patrizia Reggiani, the woman who was eventually found guilty of plotting her former husband’s assassination, has been center stage on the press tour. [Editor’s note: make sure you check out this month’s edition of THE STORY OF to read up on the real-life Reggiani] While we can’t wait to finally watch Gaga and her take on the Italian socialite who is often referred to by both media and the public as the “Black Widow,” her killer red carpet looks have been holding us over.

Here’s a look at all of Lady Gaga’s House Of Gucci red carpet premiere looks, in order of appearance.

Wearing Gucci (of course) in London
November 9, 2021
Lady Gaga and the rest of the cast kicked off the House of Gucci press tour in London for its UK premiere. Lady Gaga stunned on the red carpet wearing a fresh-off-the runway violet purple gown from Gucci’s recent Love Parade collection. Gaga paired it with fishnet stockings, her classic black platform booties, and Tiffany & Co. jewels.

Wearing Versace in Milan
November 13, 2021
Arriving to the next leg of her press tour, Lady Gaga attended the Italian premiere of House of Gucci at The Space Cinema Odeon in Milan. Gaga wore a custom Atelier Versace bright red gown which was inspired by designs created for the Versace Spring 1995 collection, which had featured several sultry corseted dresses. Versace satin platform pumps and a selection of gold Tiffany & Co. jewels completed her look.

Wearing Valentino in Los Angeles
November 18, 2021
At the final premiere of House of Gucci in Los Angeles with the Academy Museum of Motion Pictures, Gaga wore a metallic sequin gown with a train from Valentino’s spring 2021 haute couture collection. Messika jewels and a cropped platinum blonde wig completed her look. 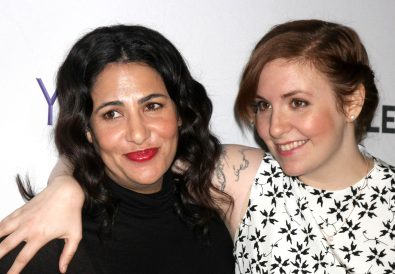 Lena Dunham is launching a newsletter! 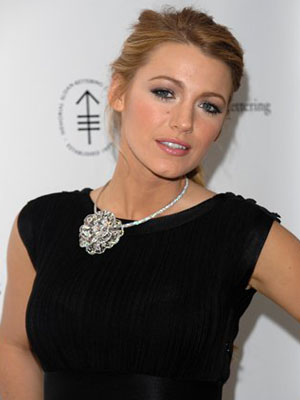