This morning, Ariana Grande dropped thank u, next and I am already obsessed with, “Break Up with Your Girlfriend, I’m Bored.”

And, well, who isn’t? This track (among many) exemplifies Ariana’s evolution into “woman who’s seen and been through some shit,” and that’s an ethos backed up by lines in “7 Rings” and the entirety of “Ghostin” in which she explores the grief and heartbreak of losing ex-boyfriend Mac Miller while still engaged to Pete Davidson. (I mean, allegedly. It’s not like she prefaces her music with a quick, “This song is about . . .” Thank goodness.)

Because thank u, next is the singer’s declaration that in the wake of tragedy and sorrow and revelations and everything we’ve seen Grande endure, her narrative will remain hers to dictate. She is strong. She is flawed. She is profound. And she is petty. Ultimately, Ariana Grande is a human being. And instead of fronting as anything else, she’s chosen not to let any of us forget what she is: a person.

Which is powerful. First, it’s powerful to release two full-length pop albums within a year of each other (see: work ethic), and it’s powerful to make the second record a contradiction of what she delivered last year. I mean, yes: most of us are walking contradictions. But in a climate where relatability is a currency, it’s still rare for a pop star to do an about-face and present themselves as somebody who is still in-process; as someone whose brand doesn’t hinge on anything other than, “Here’s where I’m at right now.” It’s as risky as it is generous. Because Ariana may owe us nothing (truly, she owes us not a thing), but there’s still a chance that we may not like who she’s become. Just like there’s always a chance that the people we have in our own lives may not like the people we morph into as we continue to change and grow.

But Grande doesn’t seem to care. And instead of breeding a persona that stands outside of her authentic self, she leads with that self and dares us to have anything to say about it. She is who she is, and if we can’t handle her at her “Break Up with Your Girlfriend, I’m Bored” she knows we don’t deserve her at her “thank u, next.” And then she will say that to you. Which makes anybody listening revel in the discovery that maybe it’s possible to live this way; that maybe you can still be successful and loved and accepted by flying the flag that is entirely you. And that between now and a year, we might not be who we are in this moment. And that’s okay, because that’s the most interesting. That’s the most realistic. It’s also the easiest way to live.

We are all the sum of our pasts and ideas and life lessons and traumas, anyway. And no, our own experiences may not compare to that of a famous millionaire. And no, we certainly don’t know the details of her life or her relationships or her thought process (and we aren’t privy to it, anyway). But it is another testament to the power of being one’s self. And perhaps even more specifically, the power that comes with reminding anyone listening that perfection is a myth, honesty will free you, and if anybody has a problem with that, they can jog on because you don’t think about them at all. 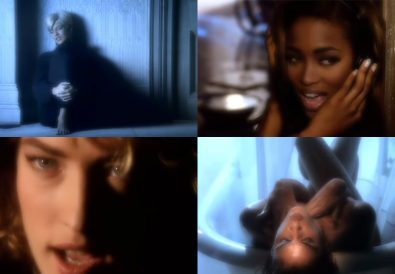