Why Did Chelsea Handler Quit Her Show?

Chelsea Handler's built herself a late night dynasty — which is especially rare since male hosts essentially the genre/time slot/game. So understandably, it came as a shock when the comic announced she was quitting Chelsea Lately, for what we assumed were contractual obligations. Or something.

But nope. Handler told the Daily Mail recently that she quit because she doesn't care about celebrity culture.

"To be quite honest, I don't really care about Justin Bieber, and I don't want to talk about him anymore," she said. "In order to make that happen, I had to stop doing my show. Straight away."

Handler's scheduled to leave E! in August, but her new show/project will be announced within the next couple of weeks — and it's safe to assume whatever it is, it won't revolve around A-listers and below.

"I think if you participate in the celebrity world then you don't really have a choice but to be involved in the drama," she explained. "You end up getting so into the mix that it changes the topics of the day. You can sit around and complain about all the shit and the Kardashians all day, but if you're participating in it then what can you do? It really didn't feel great doing the show, and the only way to sort things out was to extricate myself from the entire situation."

As for what comes next? We can look forward to something "a little more mindful and a little bit more interesting for me and my viewers."

Charlie Sheen Checks in to Rehab 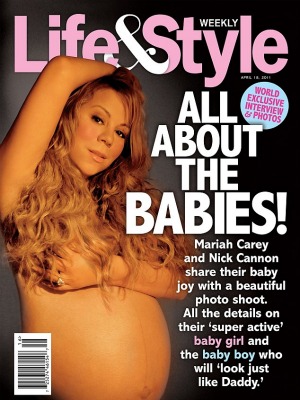