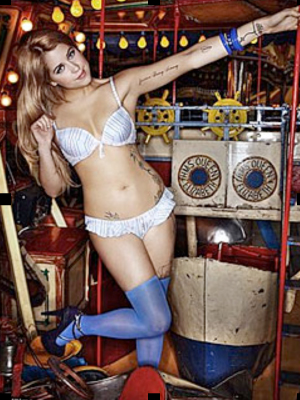 In the ultimate embarrassment, Peaches Geldof has been dropped as the face of Ultimo underwear in the wake of a nude picture scandal.

While nude pics and/or sex tapes have done wonders for the careers of Paris Hilton & Kim Kardashian, this little nudey blunder has cost Peaches a £500,000 contract.

Ultimo released a statement claiming, “Miss Ultimo is a brand geared towards a young female audience and as a company we have a social responsibility to ensure we are promoting only positive role models that young women can aspire to.

Given that a drug-infused sex-romp isn’t the kind of “positive” image Ultimo is going for, the daughter of Sir Bob Geldof had her contract terminated “with immediate effect”.

I am disappointed that Ultimo has decided not to extend my contract based on a wildly exaggerated account of a night in Los Angeles five months ago, responded Peaches, whose lawyers have also denied the allegations.

But the real question is, who will replace this famous face?

The odds are on fellow rockstar daughter Georgia May Jagger, who is already a well-established model in the U.K. She’s currently sizzling up a storm in a campaign for Hudson Jeans, and will appear in the new Versace ads after April.

Jagger’s no stranger to replacing famous faces, either. In a big upset, she’s recently taken the place of Lily Cole in the Spring Rimmel campaign. 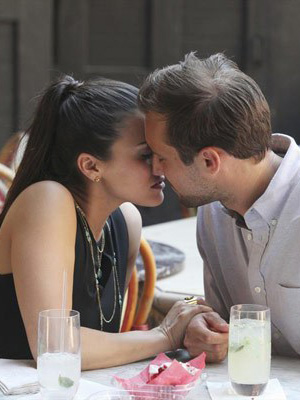