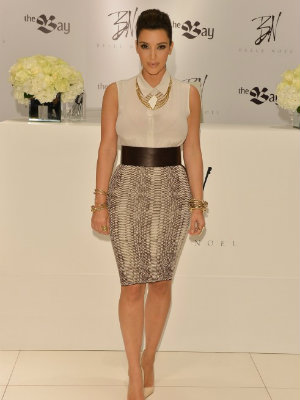 Kim Kardashian was in Toronto this past week to launch her new line of jewelry, Belle Noel. Kardashian brought along her boyfriend Kanye West to the launch at The Bay in downtown Toronto.

Just touched down in Toronto! Kardashian tweeted. So excited to be here!

Apparently her baubles aren’t exactly cheap. According to a fashion reporter for The Star, Belle Noel includes rings for $35 and necklaces for $198.

More notably, however, was the crowd that welcomed Kardashian to Toronto. According to reports, The Bay was filled to capacity with fans, some of which had been waiting to catch a glimpse of the reality star since 2am that morning. Kardashian wasn’t scheduled to be at The Bay until 4:30pm.

While Kadashian was busy signing autographs for fans (who spent $50 or more on Belle Noel products…) West played the good boyfriend by staying behind the scenes and making sure fans didn’t notice him. However, it seems West just couldn’t help himself when he talked up the event’s DJ and tried to get him to play a few of his own tracks.

Aside from being available at The Bay, you can also find Kardashian’s Belle Noel jewelry online.

Would You Buy Clothing Inspired By “Girls”? 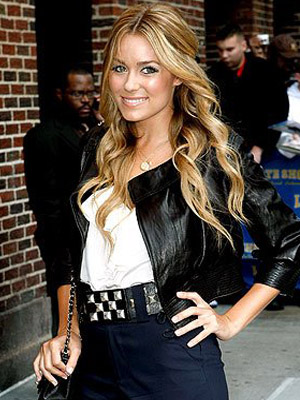