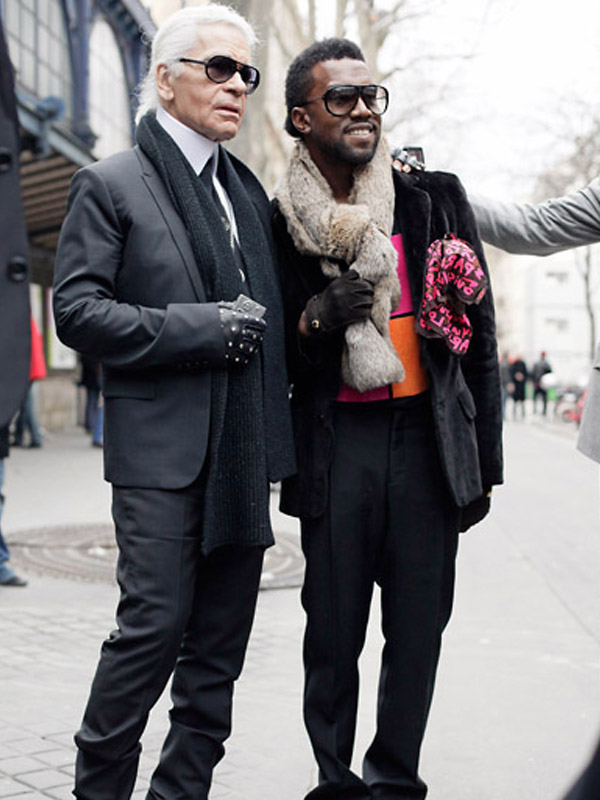 Is Kanye West collaborating with Karl Lagerfeld? According to The New York Post, maybe.

After a lunch meeting in New York, the two have been rumoured to be working on . . . something (DONDA?), which makes total sense considering Kanye West is one of the most fashionable men in the game.

“The two were in a deep conversation, then later appeared to be getting devices out to discuss design ideas,” a source told the paper, failing to mention why he chose to describe said meeting it like a scene out of “Homeland.”

This isn’t the first time Kanye and Karl have hung out, however. Last year, West was photographed by Mr. Lagerfeld for the “Little Black Jacket” exhibit in London, and he was at Chanel’s S/S 2013 show during Paris Fashion Week.

Kanye West’s own line has been stalled, so maybe this is his best bet for breaking further into the fashion game. Undoubtedly, we’ll hear all about it soon.