Black Swan hits theatres on December 3rd ” a film following two rival ballerinas and their twisted friendship en route to gaining the principal role in Swan Lake. And it’s not just the racy girl-on-girl kiss between starlets Mila Kunis and Natalie Portman that has tongues wagging. It’s the drastic amount of weight each of them had to lose.

Both Portman and Kunis opened up this past week and shed some light on the drastic amount of weight they had to lose (from their already uber-petite frames) for their upcoming roles. Both actresses had to be under 100 pounds to play their respective parts.

In a bizarre quote, Mila Kunis told E!Online:  In photographs and on film, it [being skin and bones] looked amazing, but her feelings off camera were a complete 180. “I could see why this industry is so f–ked up, because at 95 pounds, I would literally look at myself in the mirror and I was like, Oh my God!” she says. “I had no shape, no boobs, no ass¦All you saw was bone. I was like, this looks gross.”

Natalie Portman sat down with David Letterman that the workout regimen and ballet training was quite a lot to endure. Both actresses stand at 5’3 and a 20 pounds weight loss is quite significant ” as Mila said she dropped to an astounding 95 pounds.

Kunis also told E!Online that her weight loss affected her personal life, as her family and friends became increasingly concerned at her shrinking figure.”My mom freaked out,” says Mila. “Everybody started panicking. She was like, ‘You have to promise me this isn’t going to affect you.’ I was like, ‘I promise it won’t, but it might take me a little time to be OK with having a little more fat on me.’

Mila said it took five months to loose the 20 pounds and only five days to gain it all back”which goes to show how much her body craved her normal weight.

On the flip side of things actress Gwyneth Paltrow was told to gain weight for her upcoming role as a country singer with a substance abuse problem in the movie Country Strong. You would think Paltrow would look a little meatier than usual, but the 20 pounds looked good on her ” I couldn’t even tell when I watched the trailer.

This isn’t the first time actresses have been forced to lose/gain weight for a part. Do you think this Hollywood norm sends a dangerous message? 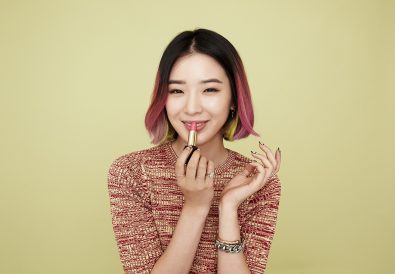