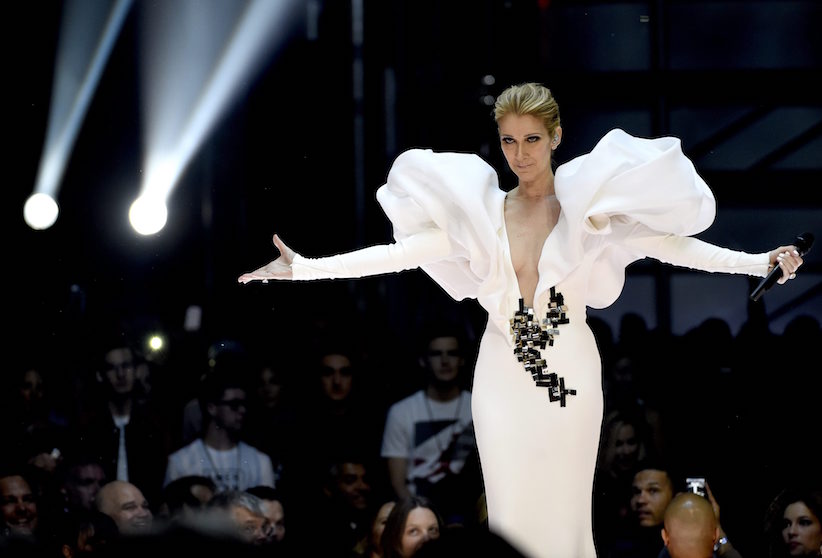 I’m what most people would call a “cynic” or a “hater” (depending on the generation they grew up in), but even I’ve got my soft spots. I enjoy the occasional bout of national pride, as long as it doesn’t turn into aggressive fervour, and my favourite part of Canada’s big 150 celebrations are usually the ones that involve celebrating people who’ve made us proud. Don’t get me wrong, there’s plenty we have yet to accomplish–seriously, take a second to Google the price of flour in Nunavut–but a part of the growth also involves highlighting accomplishments that are truly worthy. These ladies inspire young Canadians on the daily, and that is infinitely worthy.

For a celebration as large as Canada 150, we’ll see and hear much about the men and women who shaped the nation into what it is. Here is a more eclectic list: one comprising of women who form an integral part of today’s cultural fabric (even if they don’t make headlines through scandal or hashtags). 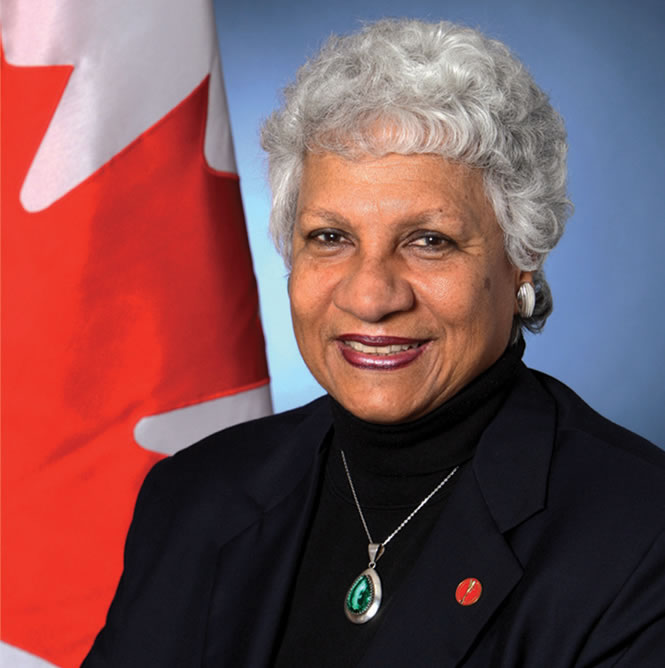 There’s a specific reason why Senator Anne C. Cools is the first on the list, though she’s probably the least recognizable to many readers. In taking her senate seat in 1984, she was the first black female senator appointed in both Canada and North America, and three decades later, she’s still at it as a non-affiliated senator representing Ontario (Toronto Centre-York). Senator Cools is proof-positive that you don’t make a legacy with a quick headline–a legacy finds you through your own hard work and dedications. 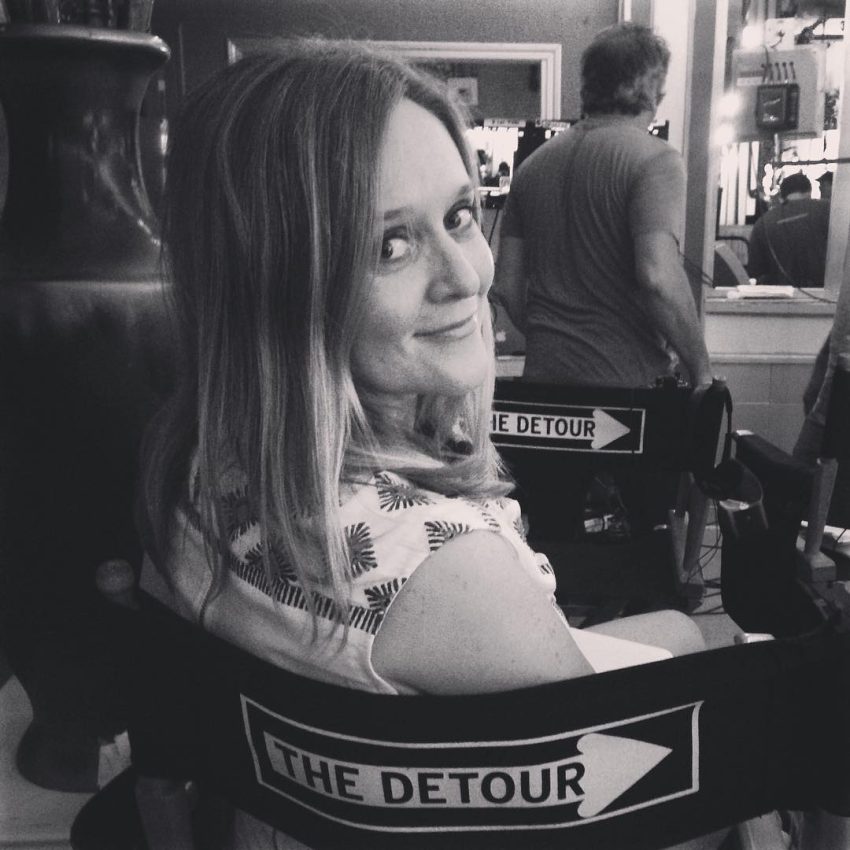 Few people know this, but one of TV’s most incisive and ballsy current affairs correspondents is actually Canadian. Samantha Bee wins her spot on this list for being consistently fearless, speaking up for her sisters and choosing to engage with difficult issues and ornery right-wingers rather than just cracking a joke and leaving through the back door. 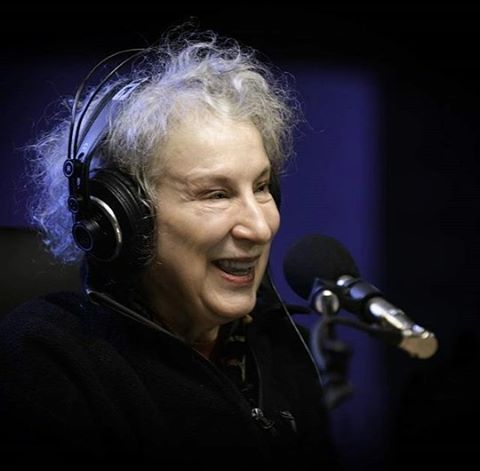 Margaret Atwood might be one of Canada’s most beloved writers thanks to her dense, layered prose, emotional, nuanced novels and prolific career, but as an added plus (if you needed one), she’s also just remarkably astute. From her analyses of contemporary politics to the causes she puts herself behind–god bless her activism for the Toronto Public Library–Atwood constantly emanates the kind of wisdom all our favourite English professors did throughout high school. 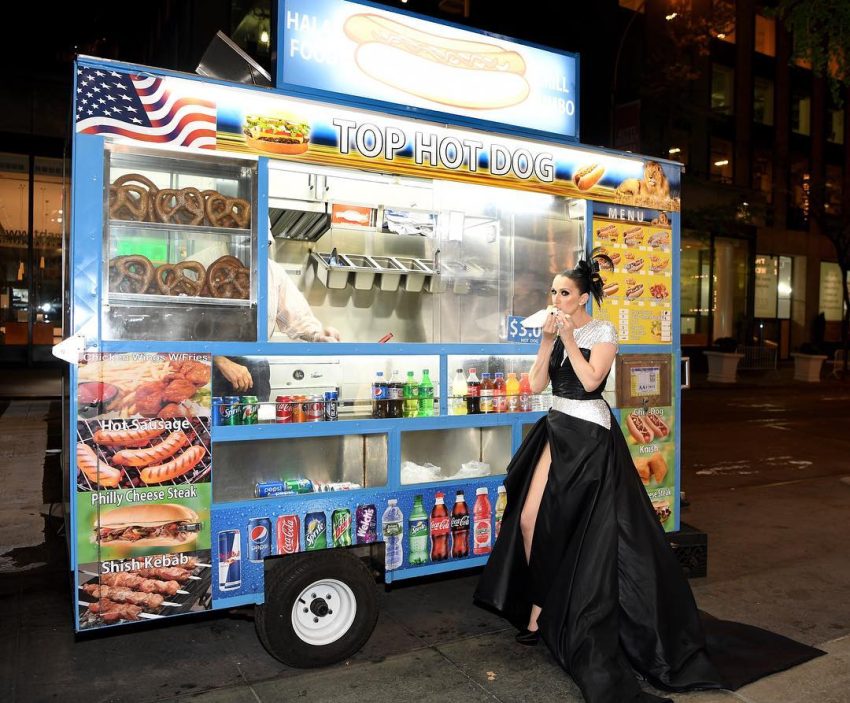 We all knew she’d be on the list, and so, as she herself might likely say, voilé . Some people have the maddening audacity to suggest that Cé©line Dion is dated, but I do believe she would have been legendary even if she had done nothing else in her life since My Heart Will Go On besides chain smoke and shop compulsively. Her vocals are eternal, and her loopy, Euro-Canadian persona is disarmingly easy to love in interviews–there’s a reason every single Canadian mom of a certain generation clutches at her chest and softly says “Oh, Cé©line” every time that Irish tin whistle intro comes on at your local Dollarama. Lately, she’s truly come into her own, and sending out the feels wherever she goes. She’s loving life, and we love her for it. And don’t even get us started on her style game. 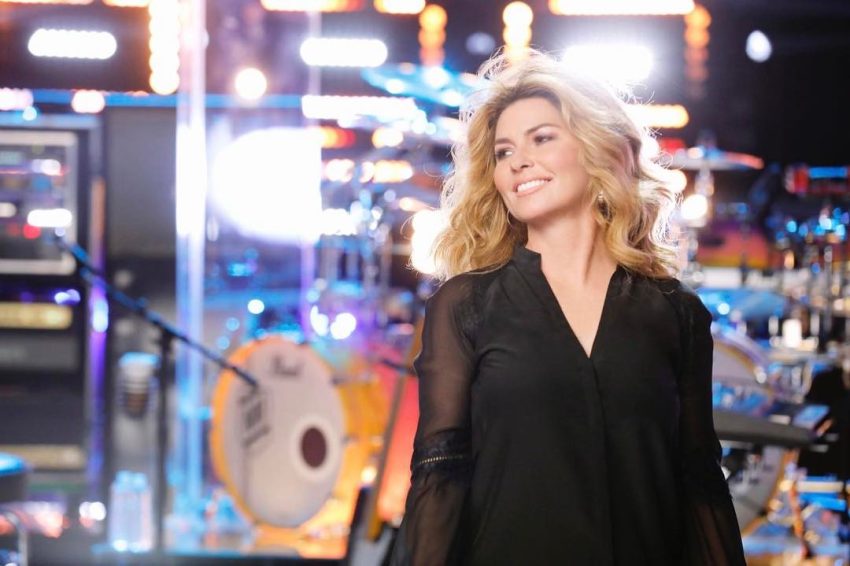 Fortunately, Cé©line Dion isn’t Canada’s only legendary female musical export, and no, I’m not talking about Avril Lavigne. Shania Twain may not be churning singles out today, but the reigning queen of country pop is the reason country music ever became hip, sexy or empowered in any way at all–even if you’re not a country music fan, you have to respect that Twain was a game-changer and  a turning point in the entire musical industry. Also, Twain is supposedly the highest selling female artist of all time, and that does impress me much. 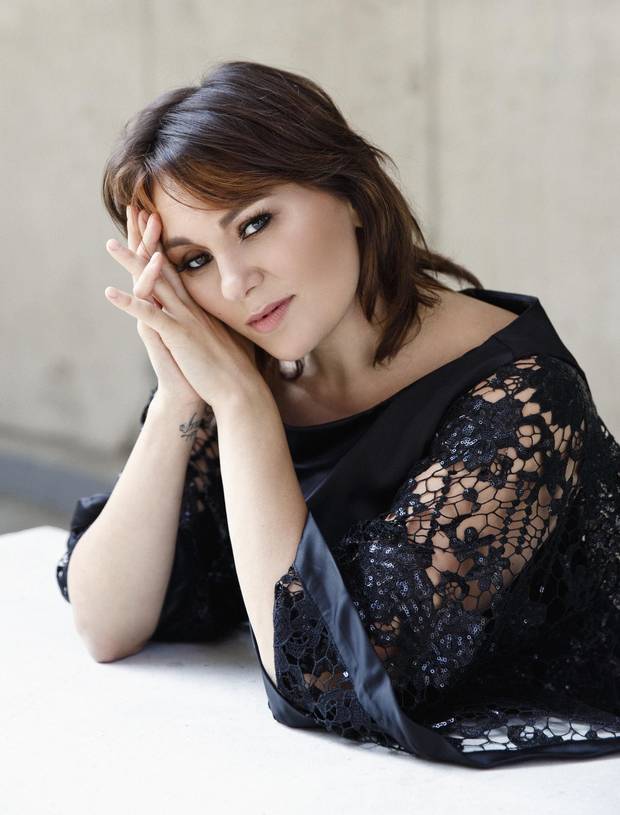 It seems tone-deaf to follow up a commercial powerhouse with a prominent, principled activist, but Inuit throat singer Tanya Tagaq deserves a place on this list nonetheless as an artist who uses her art to both save her culture and share of its desecration. Tagaq has steadily refused all participation in any CAD150 project on the grounds the day itself celebrates the systematic subjugation and disenfranchisement of First Nations communities from their own lands–it’s likely that Tagaq wouldn’t want to be placed on this list either. Here, a quote from her webpage about her latest album: “The Inuit people live on the cutting edge of the climate emergency. As sea ice dwindles at astonishing rates, they are witnessing the death of the entire Arctic ecosystem, as the colonialist machine rolls on, mining newly uncovered areas for diamonds. And the Inuit know the truth about the contemporary natures of the crimes at the centre of Canada’s identity.” Tagaq herself is a survivor of Canada’s infamous genocidal Residential School System, something most Canadians would rather imagine as a dealt-with thing of the distant past. 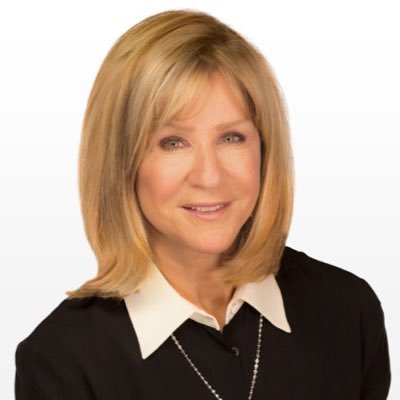 Heather Reisman is one of the physical storybook’s final few defenders in the Canadian arena, but if that weren’t enough to warrant her a place on this list, the CEO of Indigo is also an incredibly savvy businesswoman who has a keen eye on market trends and customer mindsets. One of Canada’s richest business leaders, Reisman runs a couple of charities as well and is vital in connecting Canadians to emerging writers and CanCon. 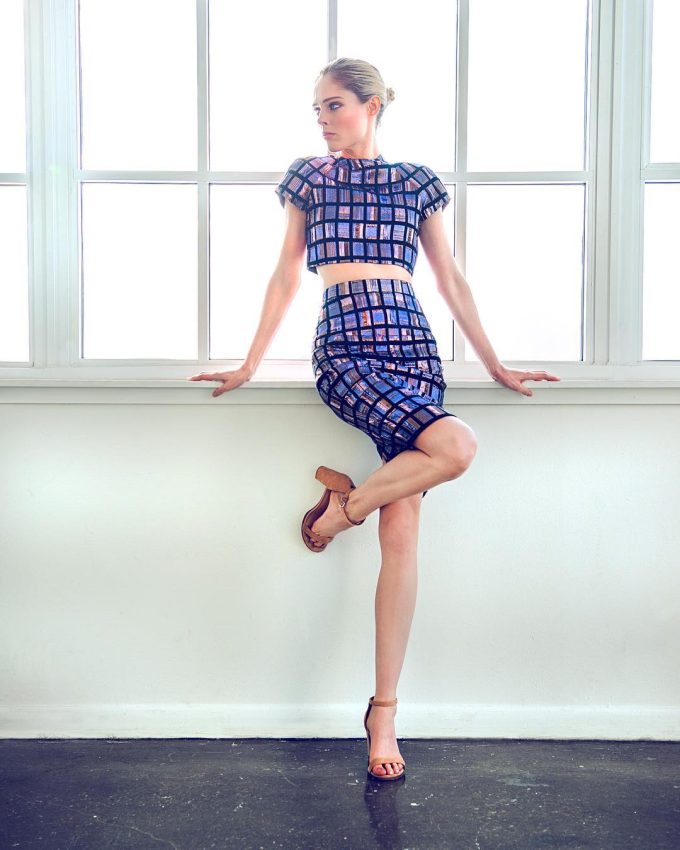 Coco Rocha is one of Canada’s most recognizable contributors to the world of high fashion–sure, we’ve turned out some exceptional designers and more than one excellent actress, but Rocha’s the only one who has gained notoriety through on-runway charisma and magazine covers. No longer just Zac Posen’s It-Girl, Rocha is now a successful entrepreneur in her own right (check out her own label, CO+CO), and an important representative of Canada’s fierce-fashion capabilities. 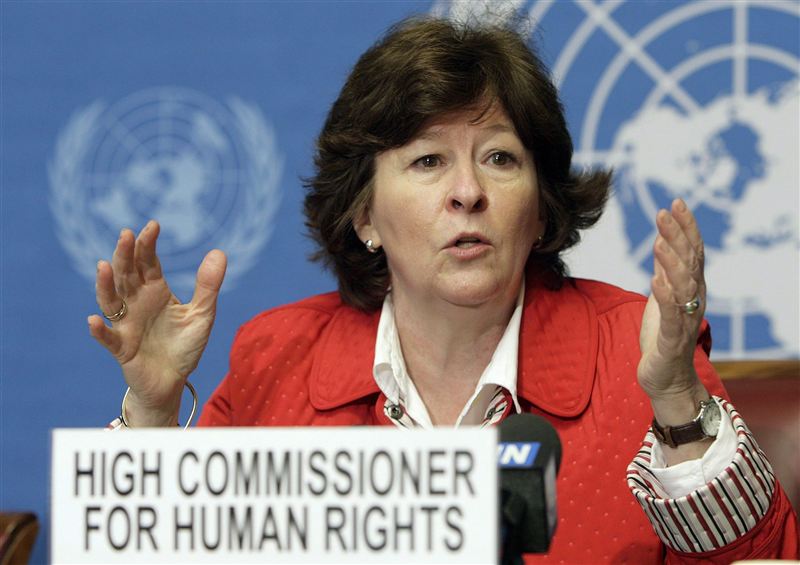 The Honourable Louise Arbour might not be a familiar name, but prepare to be awed: this Canadian lawyer is a former UN high commissioner for human rights, a former justice of the Supreme Court of Canada, and was, until 2014, the president and CEO of the International Crisis Group. She’s got too many awards to her name to list out here, and is one of Canada’s most identifiable defenders of justice in the modern era.

Scaachi Koul is a young Canadian who is in many ways the best side of metropolitan Canada; the Buzzfeed culture writer is among the youngest to be featured on the list, but she is one of the foremost feminists in Canadian media who routinely calls out the hypocrisy and lack of diversity around her. Not to be ageist, but I unabashedly enjoy how young Koul is because it means that she’s going to be around for years, and I appreciate that I’ve a comrade-in-thoughts come hell or high water. 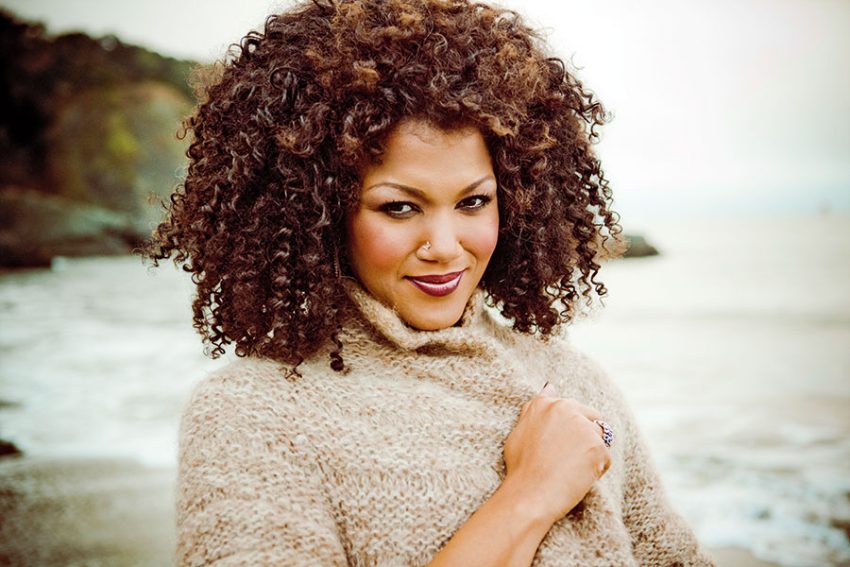 Soprano Measha Brueggergosman is an international sensation that is all too underappreciated at home–unfortunately, cosmopolitan cities still just don’t do enough for young Canadians to be informed about high art circles like ballet or opera unless you have a specific interest. But within cultured circles, Brueggergosman is an unforgettable talent, and equally lauded for her ambassador work with the African Medical and Research Foundation (AMREF), the World Wildlife Fund and Learning Through The Arts. 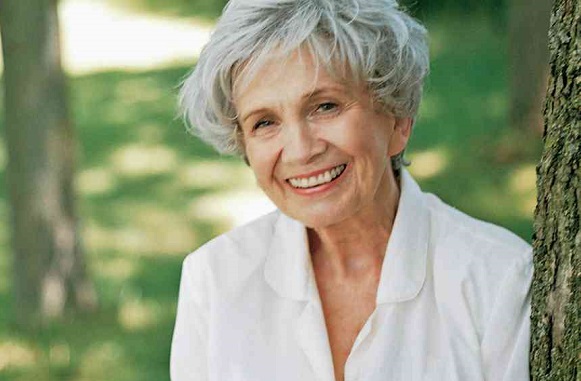 Alice Munro is to short stories what Atwood is to novels: the name precedes the legend. Anyone who’s read anything by Munro marvels at the author’s ability to parse the deepest, most tender reaches of the human condition with off-the-cuff observations and fleeting moments of conversation. Less political than Atwood, Munro fills out a different facet of Canadian authorship–that which colours in seemingly little lives and makes their daily experiences seem extraordinary. 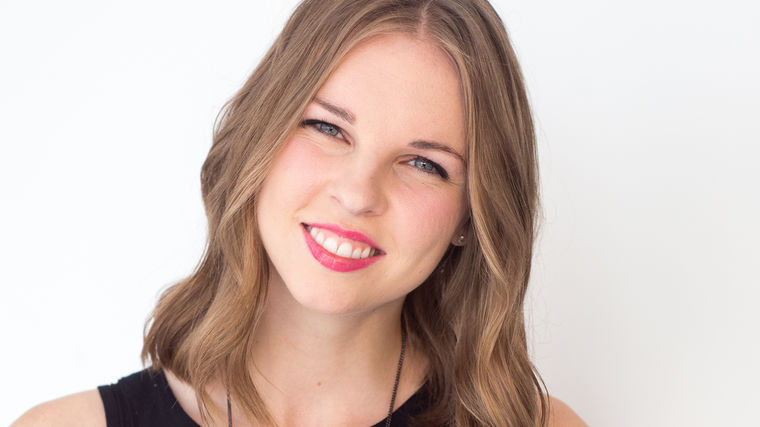 Heather Payne is probably neither Instagram-famous nor red-carpet-famous, but I feel like she should be–the Torontonian is the founder of both HackerYou and Ladies Learning Code, two coding academies that have championed Toronto’s emergence into the STEM market as a source of diverse and promising young talent. The ultimate poster child for third and fourth acts in your professional life, Payne’s dedication to developing the Canadian startup scene is something that will only deliver larger returns as the years go by and we’re all waiting to see what this thought leader gets her hand on next. 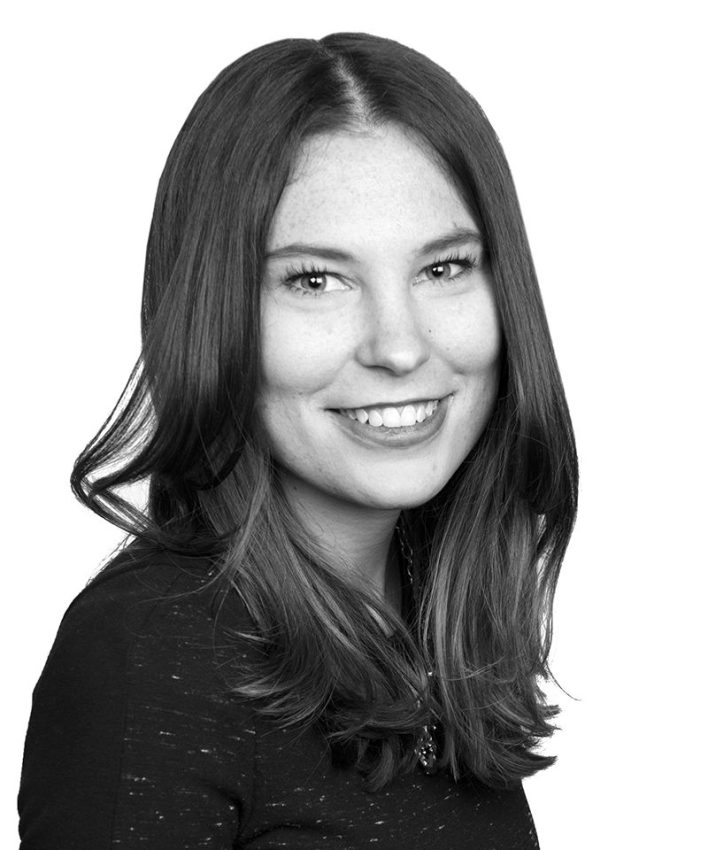 Shelby Walsh is one of the biggest reasons your newsfeed knows you so well–as the president at Trend Hunter, Walsh helps companies pick up on what their consumers want and how best to deliver that to them. A marketing innovator and trend specialist, Walsh’s talents lie in being about to read the wind before most others and in teaching her clients how to think the way their clients do. 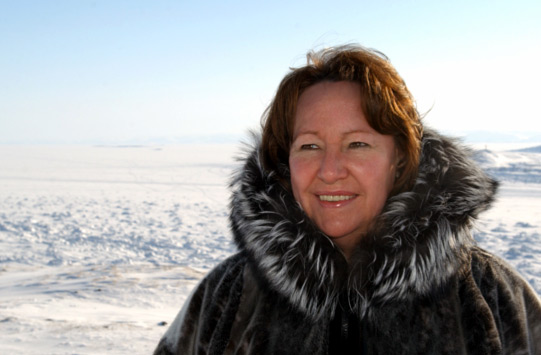 Sheila Watt-Cloutier is an Inuit activist from Quebec who fights for the health and cultural survival of the Inuit and Arctic Aboriginal Peoples–of late, she’s been raising awareness about climate change in the Arctic in particular. Whether fighting pollutants or global warming, Watt-Cloutier is one of the few people materially advancing the conservation convo within the Canadian arena. 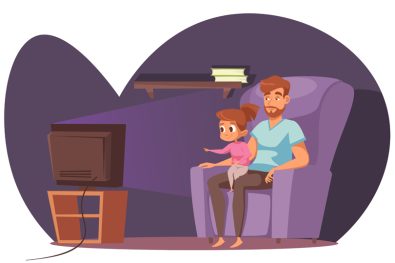 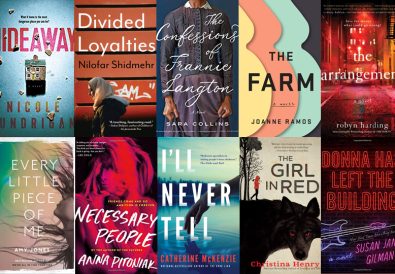 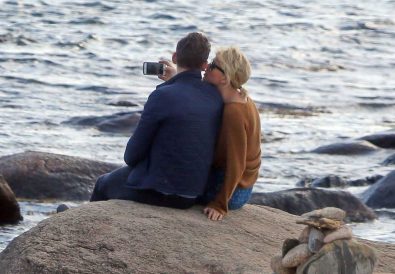