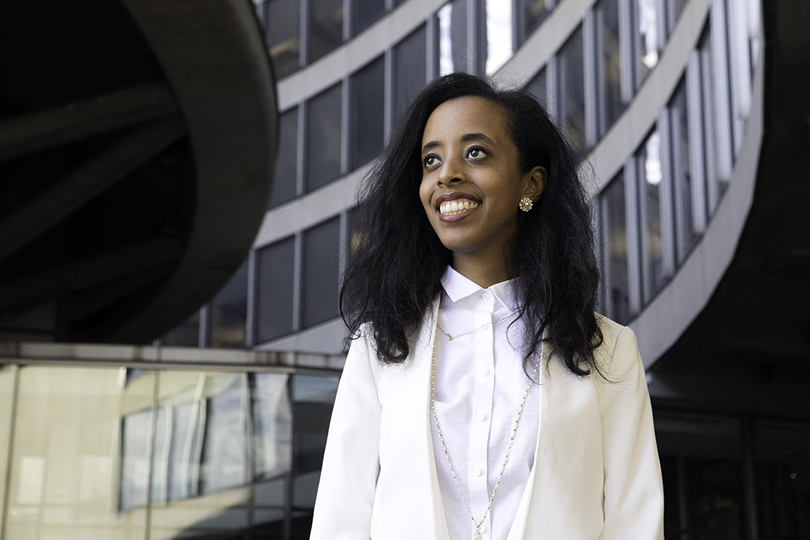 Saron Gebresellassi is a fiercely passionate lawyer and activist based in Toronto. Inspired by her own childhood experience coming to Canada as a refugee with her family and settling in a low-income Toronto neighborhood, the 32-year-old is dedicated to aiding asylum seekers, fostering economic opportunities, and fighting injustice. She opened her own law firm at 27 years old, the day after she was invited to the bar, and since then she has been tackles cases ranging from human rights, criminal law, and government disputes, earning her “The People’s Lawyer” as an epithet. And unknown to many, she is also a classically trained pianist and linguist and is knee-deep in the Ontario arts scene as a champion of the arts. To top it off, she recently ran for public office both municipally and federally—something she hopes more women will do moving forward, breaking down the barriers of the male-dominated political sphere.

Here, we chat about her fascinating career, the way she blends activism with law, and what she learned from her experience running for office.

Could you walk us through your career path from law school to starting your own practice?
I had an amazing, amazing experience in law school. I was really, really lucky. I started my career on Bay Street at a seven-sister firm called McCarthy Tétrault LLP. Working on Bay Street is heavily encouraged in all Canadian law schools. So, I started there, and then I broke away from Bay Street pretty early on. After I got called to the bar, I opened my own law firm the next day.

I read that you fell in love with activism back in university. Is that right?
Yeah, I was involved in a lot of cutting-edge social movements. I was very much in the thick of things. You know, I came out really strongly opposed to Canada’s involvement in Iraq. I was involved with feminist work. I did a lot of political trouble-making and a lot of disruption and a lot of rallies.

Is activism something you bring into your work as a lawyer?
Actually, my firm is probably one of the only—I think we’re the only firm in Canada that really practices activism and also direct action and civil disobedience. So, we’re often confronting our systems head-on, very successfully too. So it’s a really non-traditional way of working. It’s pretty rare in Canada and even in the U. S. to have law firms that have civil disobedience as an actual practice area. So, it’s really unique in that way.

Are you able to share some examples?
Yeah, so the firm was deployed to the Canada-U.S. border after Trump was elected in the U. S. and we saw this mass exodus of Haitian and Latino asylum-seekers come into Canada. And then when they were coming to Canada, we found that they were being arrested on that, being deported on that here. We mostly hear what is going on in the U. S., but we don’t always—it’s amazing what’s happening in our own backyard and the Canadian public isn’t aware. So, I was deployed as delegation to attend at the border and provide legal counsel and legal intervention to asylum seekers, including to remind them of their constitutional rights upon entering Canadian soil—the charter is triggered once they step on Canadian soil. So, we did a lot of legal observing, kind of watch-dog work and providing legal support and legal representation to those asylum speakers. I was also very involved in the Toronto van attack, which was a blatant misogynistic-driven terror attack in Canada. Our firm was called in in that instance to fill in a lot of knowledge gaps for the country. There were a lot of challenges that were facing both families. What’s on my table right now deals with a fatality case advocating for children with disabilities against the province.

You originally came to Canada as a refugee; is that right?
My family left a conflict zone during the Eritrean Civil War. They migrated to Ontario along with a large wave of migrants from that region. Then they settled in Toronto community housing [in York South-Weston], which is one of our high-priority neighbourhoods, considered to be one of the more marginal neighborhoods in Canada—or in Toronto, I should perhaps specify. So, yeah, very, very modest beginnings.

How do you think that this experience in your early life shapes your work today?
You know, it seems like a lot of the community was really neglected in this particular area. It was very obvious that—I think young people who come from, you know, poor working class backgrounds, they know very early on that that’s the case and that it’s not like that necessarily everywhere. So, the inequalities were really obvious. Like it was really, really, really obvious early on, and unemployment was very high in that area. There was either high unemployment or bad employment opportunities. So, I definitely saw that firsthand and it really, I think, inspired me to really break down a lot of barriers and to really see that we really do have a lot of opportunities in Canada and around the world. I’m really keen on advancing human potential and seeing how we can forge new ground and how we can really break down all these obstacles that are put in our way.

Yeah, definitely. And I think your firm is still based in the neighborhood you grew up, right?
Exactly. It’s very rare to go back to your home neighborhood. We’re headquartered in that neighborhood and enjoy satellite locations in the downtown core and in Montreal.

Why was it important to you to be based there, rather than somewhere like Bay Street?
Well it’s home, and it was just really natural to go back to my stomping ground. There’s a really great community there, and I have a lot of community ties. It was just really rich to be able to—you know, it’s a lot of growth for any person to come up in one particular neighborhood and then be able to accumulate a level of skills and education and political capital and then to come back, I think, it kind of makes things come full circle.

As you mentioned, you ran for office twice now, and I was wondering what did you learn from these experiences?
Well, politics is very bloody. It’s definitely a gruesome sport. I think that I really, really enjoyed my run for mayor, and then when I ran federally, that was a big breakthrough as well. But politics is interesting in a lot of ways. You’re really in the thick of things and you have the opportunity to really shake things up. I think we need more people willing to take political risks and willing to pick a space. It’s definitely a boys’ club, that’s for sure. It is heavily, heavily male-dominated and it can be more exclusive than a country club, so it’s nice when you can disrupt and really disturb what’s happening. I want to see more women run for public office. I think we need to get more serious. I think we talk a really great talk in Canada about supporting women who are running for public office and getting women elected, I know a lot about the game, and it really needs to be more tangible.

What would you say would your advice be for women who want to get involved in either activism in their community or in politics?
I would say for women that it’s really important that women become really immodest, really prepared to document their work, really prepared to take credit for their work. Politics, like I said, is bloody and it’s really easy for men to swoop in and take credit for work that women have done. Like I said, it is a really sharky place, but I think women need to do it and I think women can do it. I would just encourage women to being really bold.

What inspires you about your work?
I’m really inspired by the opportunity to make history and I’m really inspired by the opportunity to be of service. I think, for all of us, that ultimately, our true purpose is to be of service to those who don’t have access to what we have access to and to protect people who are more vulnerable than ourselves and to not think about ourselves but to think about the broader community. I get really inspired when I see us going into uncharted territory and going to places we’ve never been.

What’s your advice for aspiring lawyers?
I would say there’s really no right or wrong way to be a lawyer in the world. I think it’s a lot of power and my advice would be to not take that power for granted or not become too accustomed to it. I have noticed a lot of attorneys and other professionals get too comfortable or too accustomed to having access to so much, and I caution against that. I caution against complacency and I caution again—sometimes the legal system has a way of taking out, you know, any kind of passion and bureaucratize and procedurize a lot of injustices. I get worried when great injustices are just becoming file numbers. That scares me. So, I would just encourage lawyers to share power and to be mindful of the amount of influence you can have. Also I was one of the lawyers that would always err on the side of pessimism and I would like to see a lot more optimism and a lot more willingness to take risks. I find lawyers are very risk-averse by nature, and I would like to see more lawyers willing to be a little less risk-averse, to take more calculated risks, and to provide really good representation.

Where do you see yourself in the next five years?
Well, I have a lot of exciting plans. I see a lot of opportunities not just in Canada but in the United States to really push the envelope and really take up more space on a larger platform. I’m really excited about every day, really. I just have so much up my sleeve. I don’t have a crystal ball, so that’s a good thing—I don’t know exactly what it will be, but I’m really excited to really up the ante. 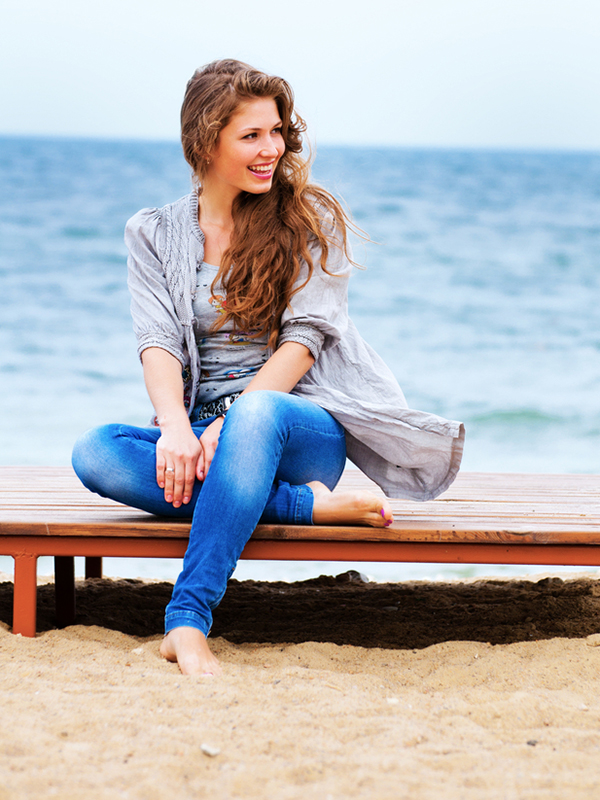 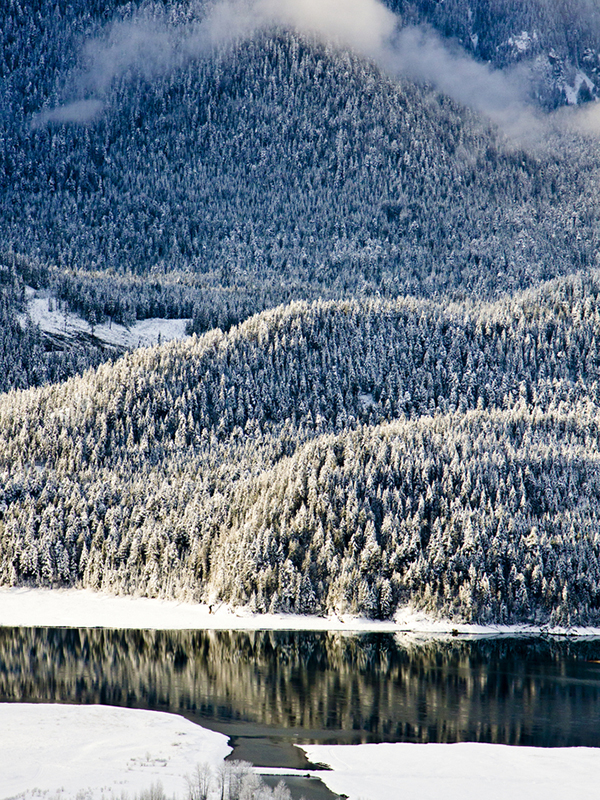 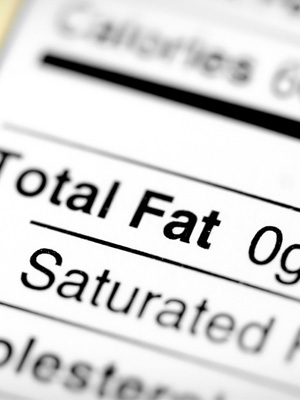 What Does Low Fat Really Mean?